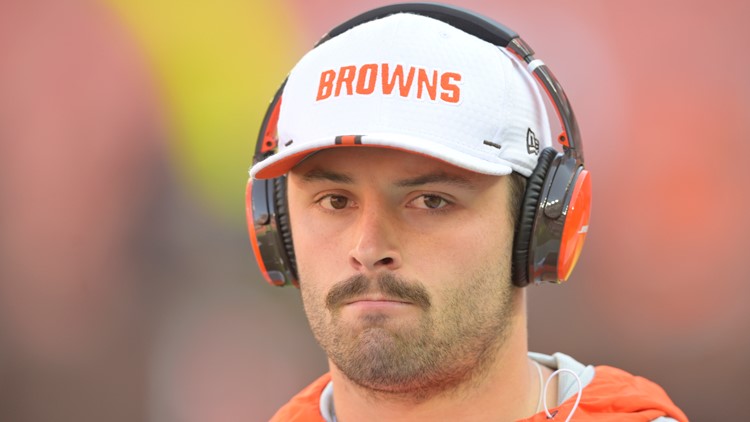 As is often the case in Cleveland, the NFL preseason was a much simpler time, when buzz for the Browns was still building and the team's expectations remained high.

It appears Baker Mayfield is trying to recapture some of that magic.

One hour before the Browns' 4:05 p.m. ET kickoff with the Denver Broncos at Empower Field at Mile High, the team's official Twitter account posted a picture of its quarterback warming up. In doing so, the team revealed that Mayfield had brought back his mustache -- the same facial hair style he had famously worn during the preseason earlier this year.

“Maybe you’ll find out, maybe you won’t,” Mayfield answered in July when asked if he planned on keeping the mustache long term. “That’s the elegance of having a mustache. You don’t know what’s going to happen.

Mayfield ultimately ditched the look, opting instead for the much more familiar beard he had worn during his college career at Oklahoma and during his rookie season in Cleveland. But with the Browns stumbling out to a disappointing 2-5 start, perhaps the former Heisman Trophy winner is looking for a spark and is willing to try anything to make that happen.

It's also worth noting that November marks the start of 'Movember," a time in which men routinely grow beards or mustaches to draw attention to men's health issues. For more information on the Movember movement, check out https://us.movember.com/.

RELATED: 3 things to watch for: Cleveland Browns at Denver Broncos