A Baker Mayfield catch set up a touchdown throw to Jarvis Landry as the Cleveland Browns took a 10-0 lead over the Tennessee Titans. 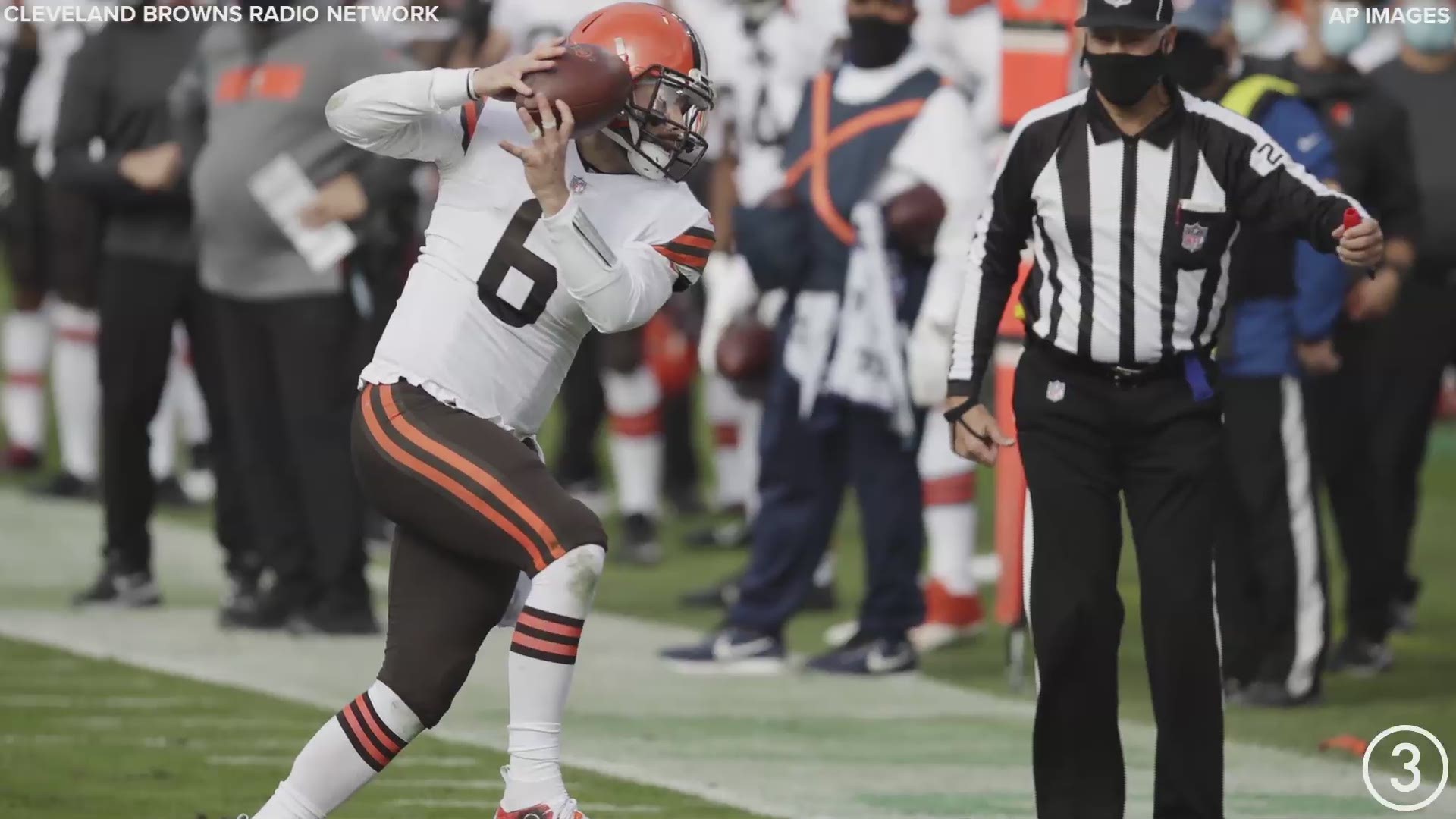 As he's shown throughout this season, Cleveland Browns head coach Kevin Stefanski hasn't been afraid to dial up some trickeration -- especially against some of his team's tougher opponents.

And the Browns' Week 13 matchup with the Tennessee Titans was no exception.

Facing a third and two at the Titans' 30-yard line on Cleveland's second offensive drive of the game, Stefanski drew up a reverse that saw wide receiver Jarvis Landry complete a 6-yard pass to quarterback Baker Mayfield, who showed impressive athleticism as he hauled the pass in.

Two plays later, it was Mayfield's turn to repay the favor, as he connected with Landry on a 2-yard completion in the back of the Tennessee end zone to give the Browns a 10-0 first-quarter lead.

.@bakermayfield finds @God_Son80 in the back of the end zone for SIX!

It would have been tough to draw up a better start to Sunday's contest for Cleveland, who managed to simultaneously take a double-digit lead while keeping the ball away from Tennessee's potent offense. The Browns' big start got even bigger on the ensuing drive, as their defense recovered a fumble by Titans star running back Derrick Henry, allowing the Cleveland offense to set up in Tennessee territory.

With a win over the 8-3 Titans on Sunday, the 8-3 Browns would clinch their first winning season since 2007. A victory would also put Cleveland in a strong position to end the NFL's longest active playoff drought (17 years).

For all the latest from the Browns' Week 13 matchup vs. the Titans, follow our live blog.