Quarterback Baker Mayfield and the Cleveland Browns ‘have total faith’ in receiver Antonio Callaway despite struggles in Monday's loss at the San Francisco 49ers. 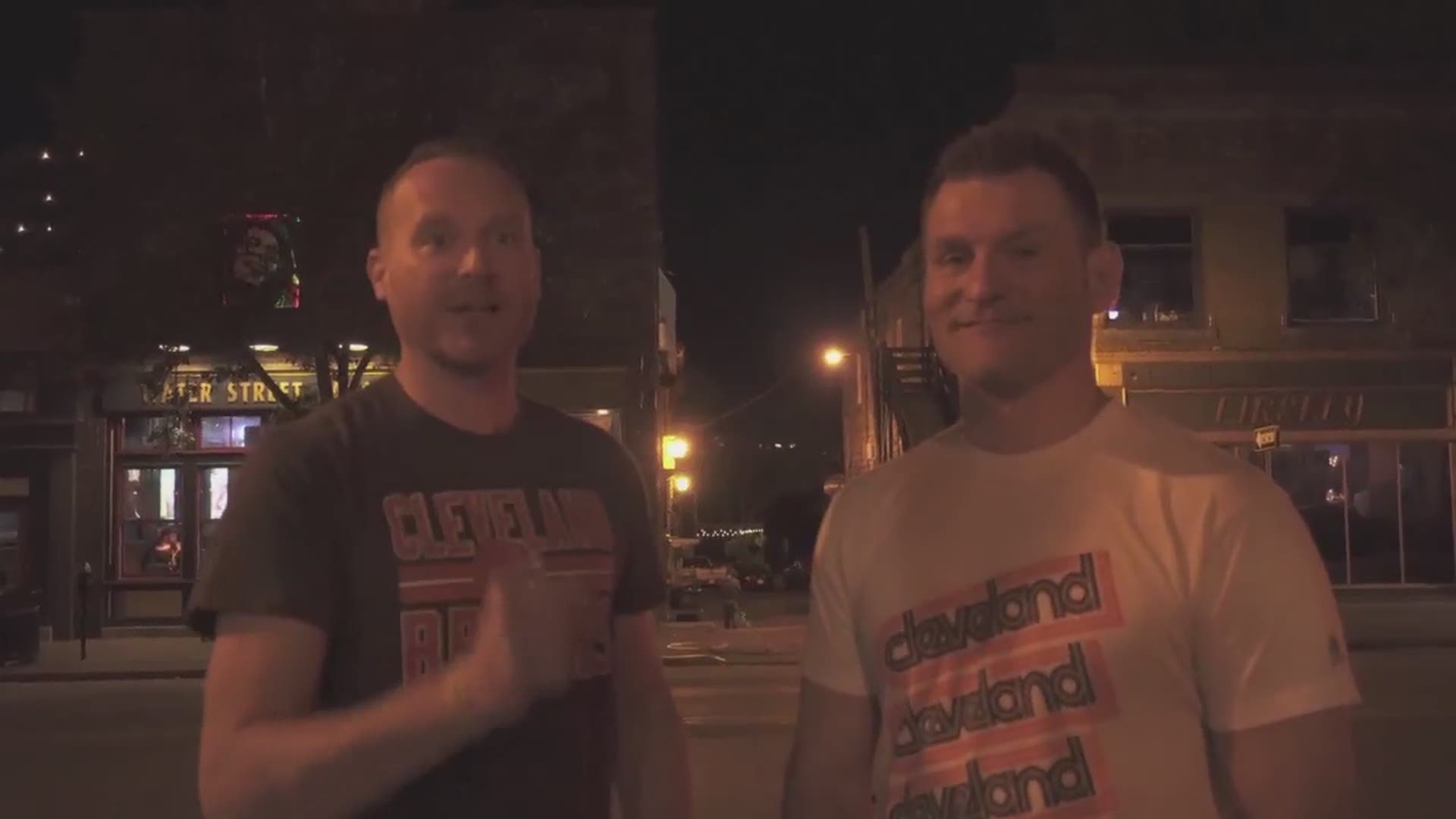 CLEVELAND — Wide receiver Antonio Callaway did not have the best of returns to the Cleveland Browns, as the prime time lights proved too bright in a 31-3 loss to the San Francisco 49ers at Levi’s Stadium in Santa Clara, California.

Callaway came up empty in three targets from quarterback Baker Mayfield, but no more so than late in the second quarter where a pass ricocheted off of the receiver twice and into the hands of a San Francisco defensive back to set up the 49ers’ third touchdown drive of the game.

“He is who he is and everybody makes mistakes,” Mayfield said. “We have total faith in him. There was a reason why he was out there, even after not playing for the first four games.

“We trust him, and so, the biggest thing is just putting our arm around him and letting him know that every once in a while, that happens, but to be able to be a great team, we’ve got to eliminate that and take advantage of our opportunities.”

San Francisco’s third scoring drive of the game was set up by the Browns’ third turnover of the half, an interception of Mayfield at the San Francisco one-yard line that was returned by defensive back K’Waun Williams to the Cleveland 49.

Mayfield fired a pass over the middle of the field to Callaway, who was seeing his first action of the season after serving a four-game suspension for violating the league’s substance abuse policy, but the second-year pass catcher let it bounce off his hands and chest as he fell to the ground and elevated it just enough for Williams to secure the takeaway.

“When you put it in perspective, ‘it could have been points for us…’” Mayfield said. “Then, you take it away and they drive down the field. It’s unfortunate, but that’s the little details. You can look back on many more things than just that. We’ve got to do our job.

“Not getting any out of it is huge for momentum on the road when they already had one on the board. Yeah, it’s unfortunate, but I could’ve been more accurate with the ball, but it’s more than just one play that turned the game around.”

Browns coach Freddie Kitchens said he put Callaway “in a bad situation” by having him on the field for the clutch play, but there is little time for the blame game, as the Browns have quite the week ahead.

After taking an overnight flight from California back to Cleveland, the Browns will have a short work week in preparing for Sunday’s matchup against the Seattle Seahawks at FirstEnergy Stadium in Cleveland.

“I talked to him earlier,” Mayfield said. “He’s going to be harder on himself than anything we could really say. Everything right now doesn’t mean that much because I know how that is.

“You don’t really listen to it. It’s going to be throughout the week of letting him know we support him. We know exactly what he’s capable of and we believe in him. He is a guy that we were looking forward to having out there and we will continue to do that.”