Following the Cleveland Browns' win over the Pittsburgh Steelers, even Colin Cowherd had to give Baker Mayfield credit. 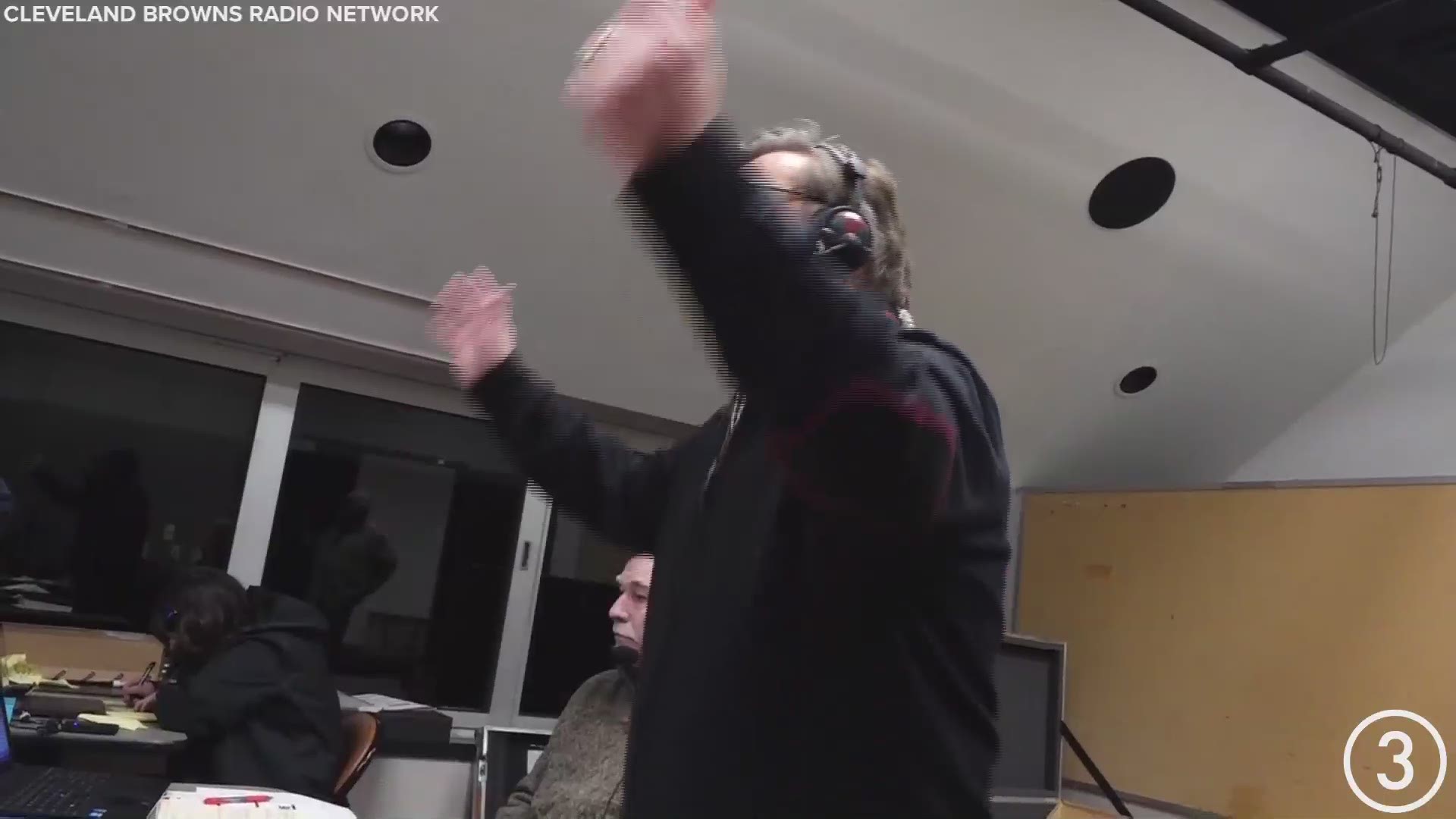 CLEVELAND — How impressive was the Cleveland Browns' wild card round win over the Pittsburgh Steelers on Sunday?

So much so that even one of Baker Mayfield's most notorious antagonists had to admit he was wrong.

"Look at that. That just says 'playoff loss,' doesn't it?" Cowherd said as his simulcast television show showed a picture of Mayfield with his hat on backwards. "Doesn't that just say 'down 12, sacked, fumble, minute and a half to play?' It doesn't say playoff winner to me. It says things are unravelling in Pittsburgh this weekend."

Of course, the only team who things unravelled for at Heinz Field on Sunday was the Steelers, who fell behind 28-0 in the first quarter with Ben Roethlisberger throwing four interceptions in the game. On Monday, Cowherd made his mea culpa, acknowledging that while he's still not a fan of "backwards hat guy," he had to give credit where it was due.

"I do not like backwards hat quarterbacks and one guy, in particular, is now taunting me," Cowherd said, playing a clip of Mayfield intentionally turning his hat around prior to his postgame press conference on Sunday night. "He's playing with me. I'm OK. You won this weekend, Baker. I still despise backwards hat quarterbacks, but you deserve the credit. You played great, congratulations."

"You won this weekend, Baker... You deserve the credit and played great. Congratulations." — @ColinCowherd pic.twitter.com/CoagfQremf

Of course, the rivalry between Mayfield and Cowherd is nothing new, as the Fox Sports Radio host was one of the 2017 Heisman Trophy winner's biggest critics heading into the NFL Draft. And while the two have continued to trade barbs over the course of Mayfield's career in Cleveland, it appears the No. 1 pick of the 2018 NFL Draft may have finally gotten the last laugh.

Backwards hat, and all.