Browns' Baker Mayfield doesn't 'give a damn' about extension timeline 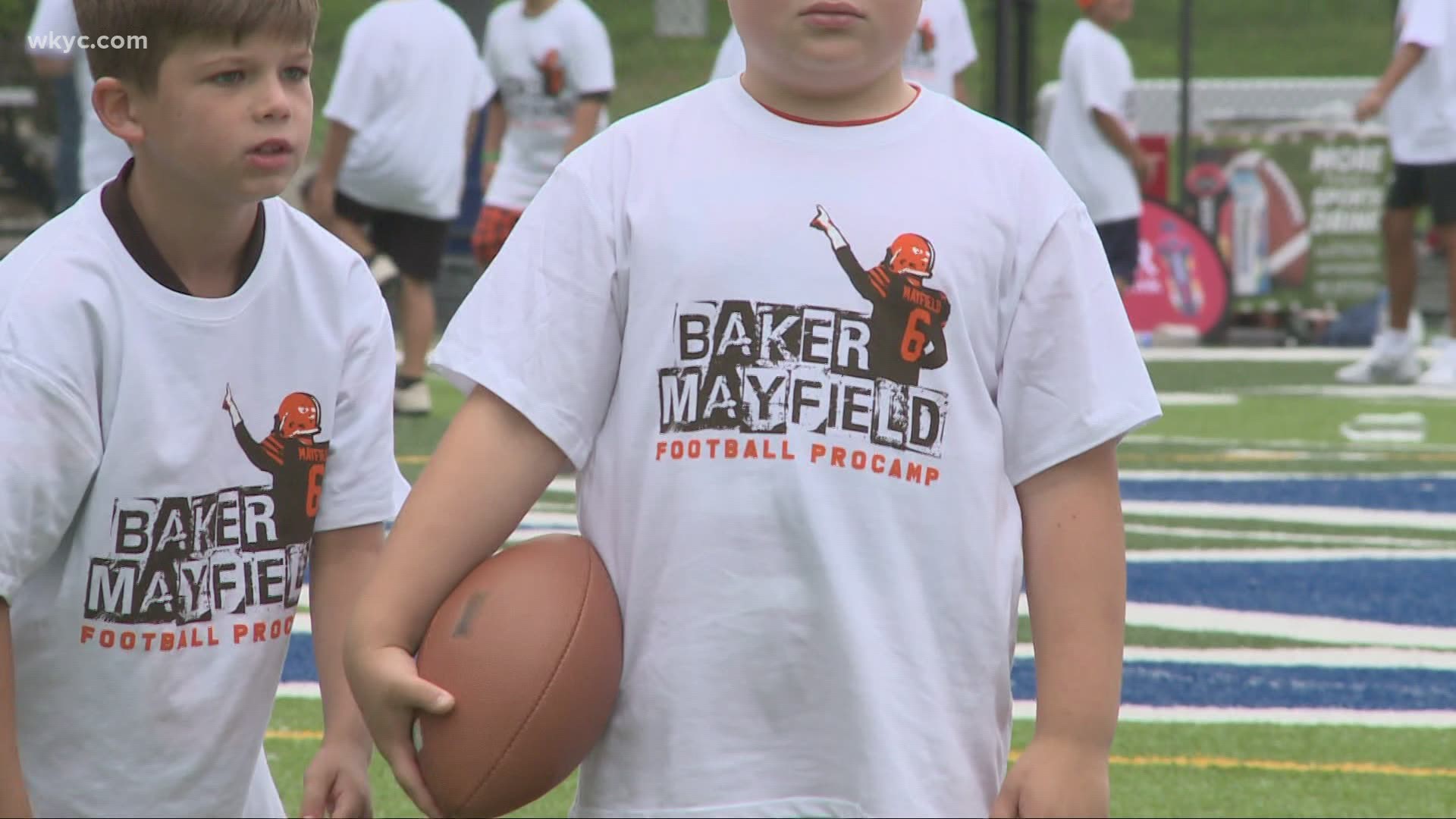 When Josh Allen signed a six-year, $258 million contract extension with the Buffalo Bills on Sunday, many assumed that the 2020 second-team All-Pro quarterback wasn't the only signal-caller on Lake Erie who would celebrate the deal.

But while Baker Mayfield continued to downplay his own contract status, the Cleveland Browns quarterback did admit that Allen's extension, which ranks first in the NFL in guaranteed money at $150 million and second in total value, is a win for all players at his position.

"Yeah, it is good for the quarterback position overall," Mayfield said following the Browns' 'Orange & Brown Scrimmage' on Sunday. "I would be lying if I said otherwise."

While Mayfield's comments are largely in line with what he has said publicly since he first became eligible to sign a contract extension at the start of this offseason, they do mark the first indication that such a deal may not be near. On Sunday, ESPN's Jeremy Fowler noted that contract talks between the Browns and Mayfield "have not heated up yet" while reporting that the team had begun to discuss a potential contract extension for cornerback Denzel Ward one week after Cleveland signed running back Nick Chubb to a three-year, $36.6 million extension.

While Mayfield currently remains under contract with the Browns through the 2022 season, his contract status figures to be a primary topic of conversation until an extension is actually signed. For most players, such deals typically come together during the offseason, which means that if Cleveland and the No. 1 pick of the 2018 NFL Draft don't come to terms in the next five weeks, negotiations may not pick back up until after the 2021 season.

Asked about the possibility of allowing negotiations to carry over into the upcoming campaign, Mayfield didn't rule it out, noting that his agents are the ones handling his contract talks.

“I am not doing the negotiations so quite frankly I do not give a damn," Mayfield said. "I am worried about winning Week 1, then going on to Week 2 and focusing on that week one week at a time. That is my mindset so no matter how many times I get asked this question throughout the year, it is going to be the same answer because that is just the truth.”