Baker Mayfield featured on cover of ESPN The Magazine

On Wednesday, it was revealed that Cleveland Browns quarterback Baker Mayfield will grace the cover of ESPN The Magazine. 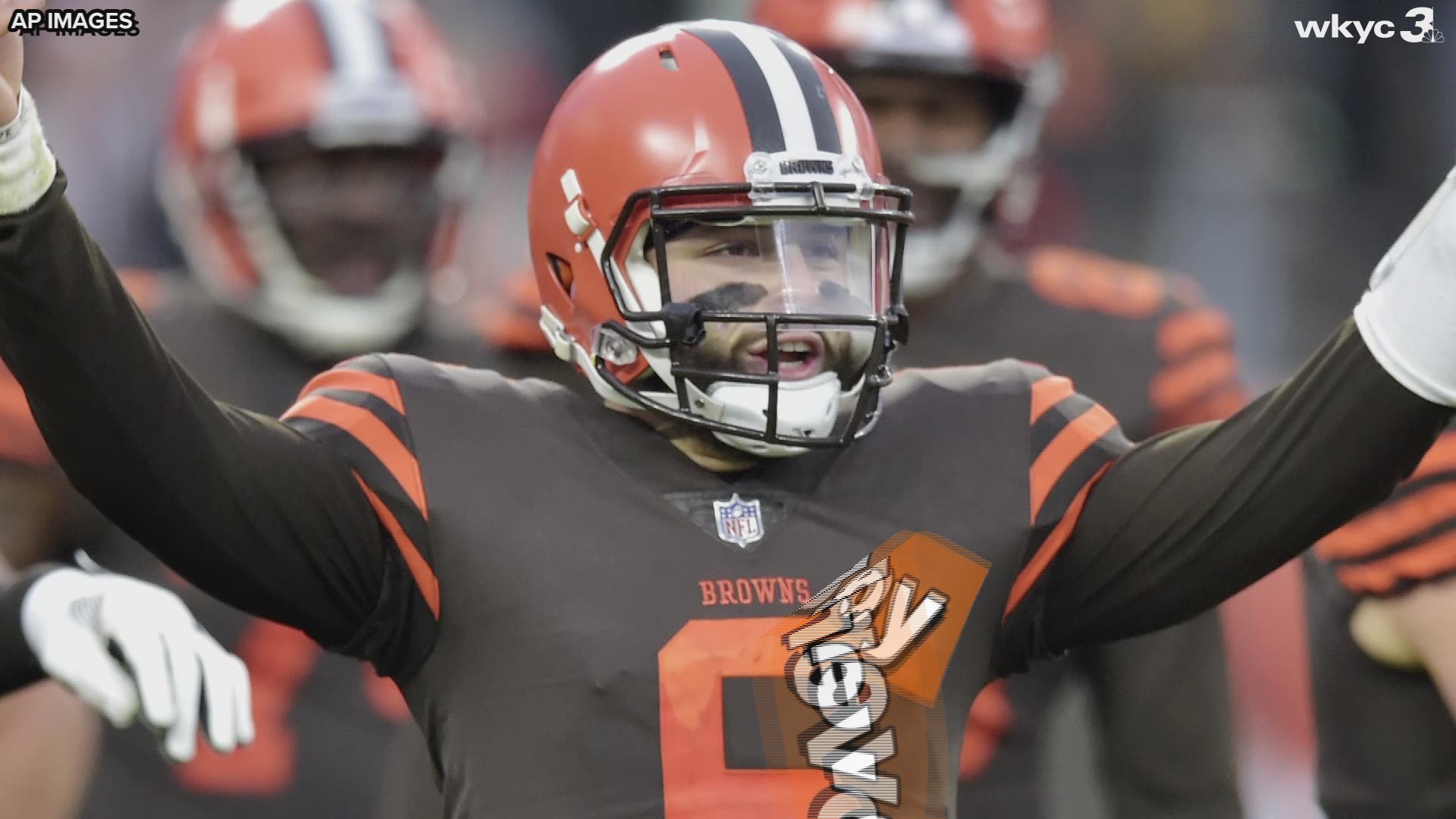 ESPN The Magazine's run in print form is soon coming to an end.

But before it does, Cleveland Browns quarterback Baker Mayfield is gracing another cover.

On Wednesday, ESPN.com published a profile of Mayfield written by senior writer Mina Kimes. Proclaiming the second-year quarterback an "underdog no more," Kimes proceeded to tweet out the artwork for the cover story, which features Mayfield doing his best to keep a gaggle of dogs under control.

As for the piece itself, Kimes' writing dives into Mayfield's first season with the Browns, in which he established himself as the team's first franchise quarterback since Bernie Kosar. It also delves into his upbringing, personality and the lofty expectations that have been placed on both Mayfield and his team in 2019.

"Here's the thing," Mayfield told Kimes. "They're gonna hype you up. But as soon as you lose a couple of games, they'll throw you in the trash.

"I'm gonna be myself and believe in that. And if you don't like it, that's OK."

Kimes' story marks the third time Mayfield has been featured on the cover of ESPN The Magazine, which announced in April it would cease production in print form later this year. Mayfield's three previous cover appearances came during his college career at Oklahoma, where he won the 2017 Heisman Trophy.

Selected by the Browns with the No. 1 pick in the 2018 NFL Draft, Mayfield established himself as one of the league's most promising young players last season. Appearing in 14 games, he completed 63.8 percent of his passes for 3,725 yards and an NFL rookie record 27 touchdown passes, leading Cleveland to its best record (7-8-1) since the 2007 season.

Thanks in large part to Mayfield's emergence and the offseason acquisition of 3-time Pro Bowl receiver Odell Beckham Jr., the Browns enter the 2019 season favored to win their first division title since 1989. Cleveland's journey toward what will be their most highly anticipated season in recent memory will begin next week when the Browns open their annual preseason Training Camp in Berea on July 25.