Baker Mayfield: 'It's time to do our thing instead of talking about it' 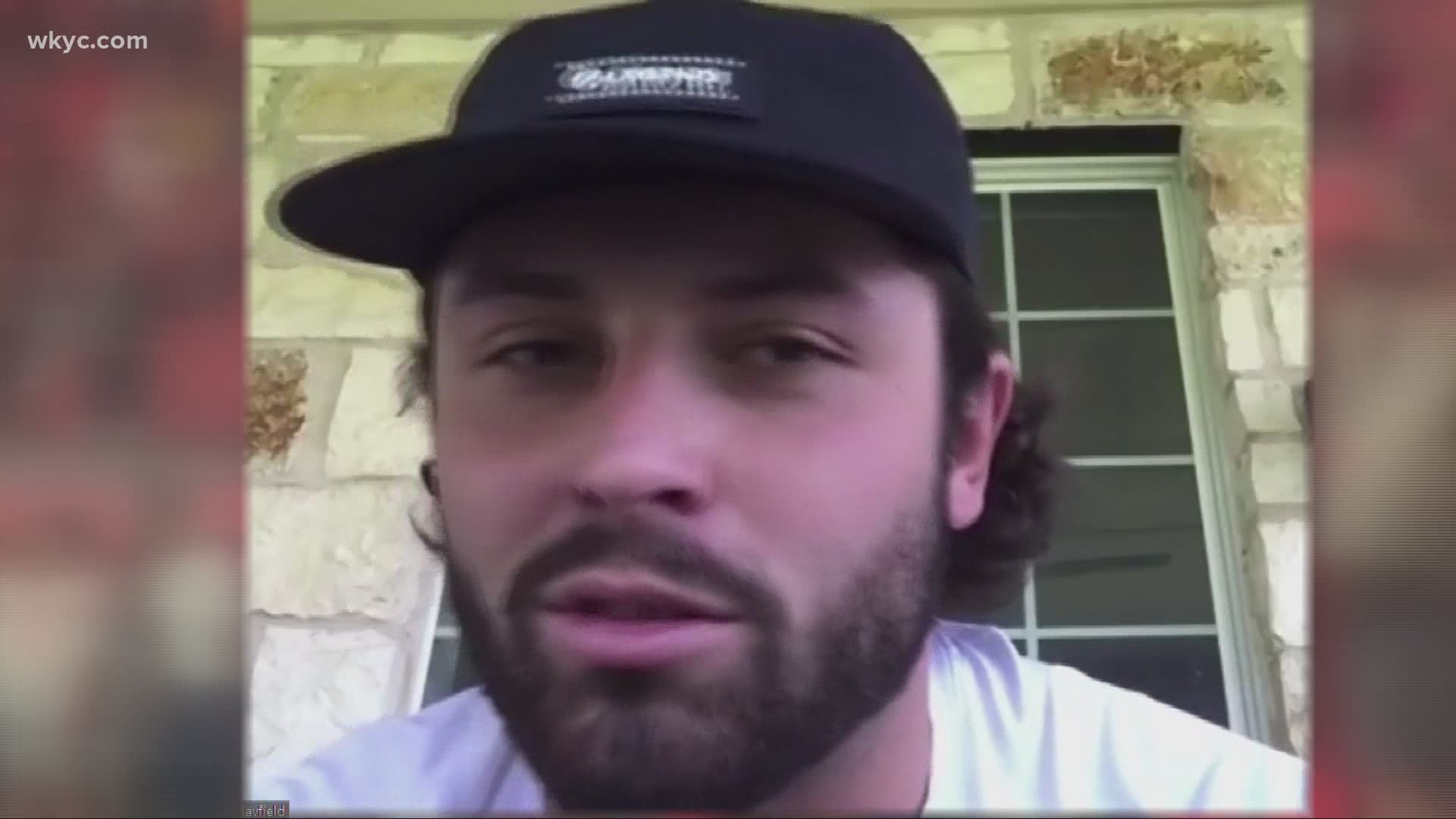 This time last year, the Cleveland Browns were one of the most talked-about teams in the NFL.

But after amassing a disappointing 6-10 record, the team -- and most notably, quarterback Baker Mayfield -- finds itself a little further away from the league's spotlight.

That's just fine with Mayfield, who was admittedly humbled by the Browns' -- and his own -- underwhelming 2019 campaign. Speaking to reporters on a conference call on Wednesday, the 2018 No. 1 overall pick discussed the quieter approach he's taking to the 2020 season.

"I have a different approach to this year. Everyone who's been interviewed from our team has kind of hit the nail on the head over and over about, 'it's time to work. It's time to do our thing instead of talking about it,'" Mayfield said, referencing comments made by teammates Nick Chubb and Jarvis Landry about last season.

"There's no need to be talking about it, it's just time to go do it. And right now it's kind of moving in silence, which is fine with me. That's how I used to do it before getting on a bigger stage. So I'm happy to get back to those roots."

Mayfield's comments stand in stark contrast to a year ago, when the 2017 Heisman Trophy winner regularly graced magazine covers and made headlines with polarizing comments. Even once the season started, Mayfield seemed to make as much -- if not more -- noise off the field than he did on it, publically feuding with reporters and talking heads in the media.

That activity was only amplified by the Browns' disappointing record during a season in which Mayfield threw the second-most interceptions in the league. With many deeming 2020 a make-or-break season, the 25-year-old Mayfield didn't dispute that notion, acknowledging the realities of the NFL salary structure.

"There's no doubt Year 3 is always a big year in these contracts timing-wise, everybody knows that," Mayfield said. "I'm not putting added pressure on myself. If we win, things will take care of themselves."

RELATED: Browns' Kevin Stefanski given 18-1 odds to win NFL Coach of the Year