Baker Mayfield, Jarvis Landry and Kevin Stefanski are among those taking issue with the idea the Cleveland Browns are better without Odell Beckham Jr. 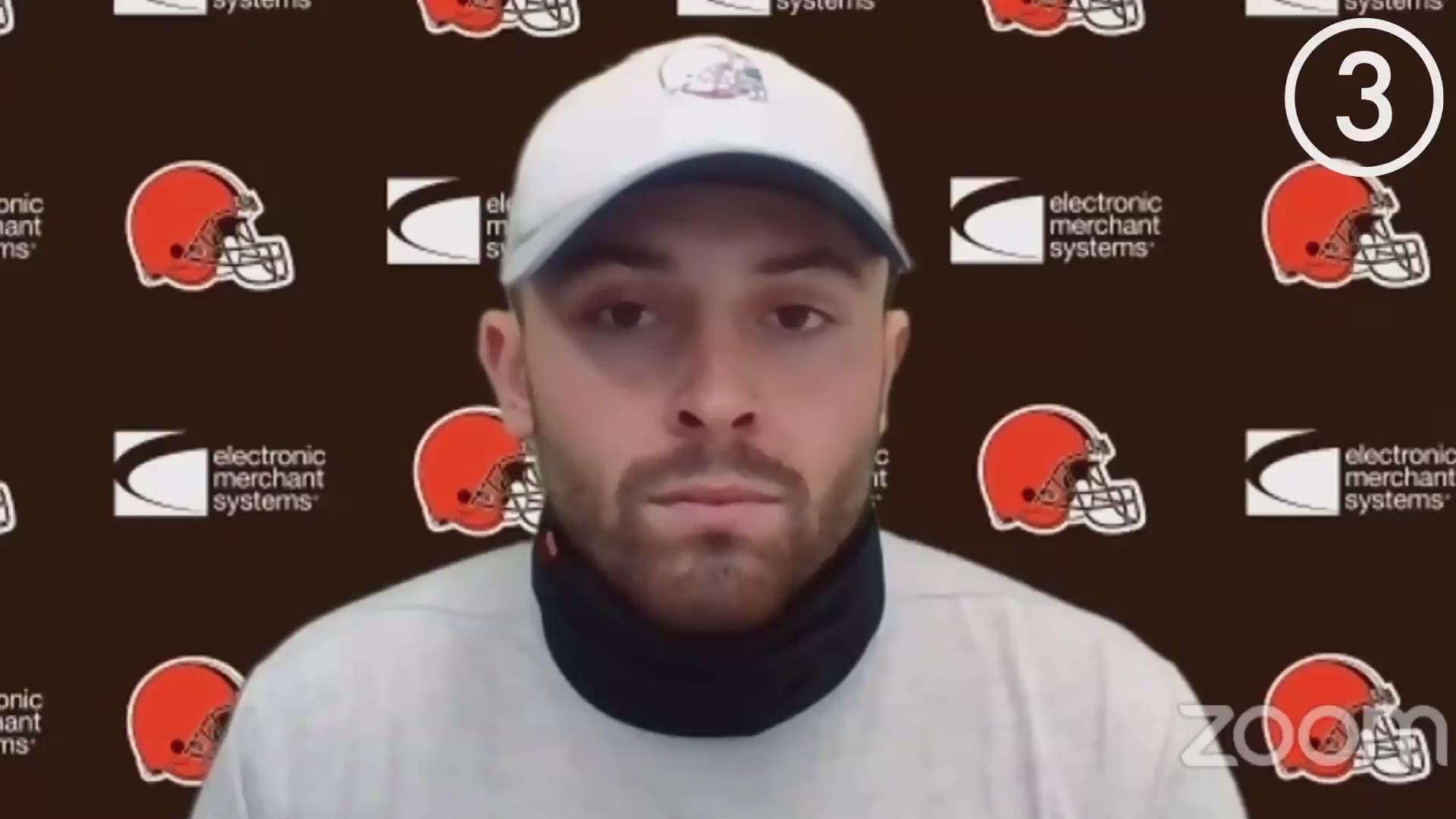 CLEVELAND — After Odell Beckham Jr. suffered a season-ending torn ACL on the opening drive of the Cleveland Browns' 37-34 win over the Cincinnati Bengals on Sunday, it didn't take long for a certain theory to hit social media and some football circles.

Without Beckham in the Browns lineup, they're actually a better team, the theory suggests. More specifically, Mayfield is a better -- or at least more comfortable -- quarterback.

Mayfield, for his part, isn't a fan.

“I think it’s just completely insensitive to a guy who just tore his ACL," Mayfield answered when asked about this theory during a Zoom call with reporters on Wednesday. "I’m not even going to comment on it. You never want to lose guys and that’s where I’m going to leave that one."

Appearing on 92.3 The Fan's "Bull & Fox" show on Monday, Browns receiver Jarvis Landry flatly rejected the theory Cleveland's offense is better without his former college teammate on the field.

“I would say that’s not true at all,” Landry said. “I think a lot of our offense has been solely based on having Odell on the field. And a lot of the things that have opened up for us as an offense has been because of the threat that he is."

While Mayfield may not have wanted to lend credence to the idea he's better off without one of the top playmakers in NFL at his disposal, it's worth note he didn't play his best game of the season on Sunday. After Beckham left the game following an intercepted pass that was targeted for him, Mayfield went on to complete a Browns franchise record 21 consecutive completions for 297 yards and five touchdowns en route to being named the AFC Player of the Week for the second time in his career.

While it's worth noting the Bengals lay claim to one of the worst defenses in the NFL, there's no denying Mayfield didn't do a better job of spreading the ball around as he had in recent weeks, completing at least two passes to six different targets. And while the No. 1 pick of the 2018 NFL Draft confirmed the loss of Beckham required a different approach, he also said that had more to do with how Cincinnati's defense was playing Cleveland than it did the absence of his star wideout.

"Teams are going to play us differently," Mayfield said. "It’s about just understanding the looks we’re getting and going through our offense based on the looks and just efficiently working through that."

Mayfield's comments echo the sentiment shared by Browns head coach Kevin Stefanski, who said that while the absence of Beckham will require his team to play differently, he believes Cleveland's roster possesses the players necessary to do so.

As for the idea that the Browns are better without Beckham in the lineup, Stefanski offered a rather succinct assessment of the situation.

"I do reject that, yes," Stefanski said. “Not smart enough to make an argument for that. I’ll just tell you I’d rather have [No.] 13 on the field if available to us.

"He's not, so we'll make sure we have a plan to move the ball in any which way we can."