Speaking to reporters on Thursday, Cleveland Browns quarterback Baker Mayfield discussed the progress he can make entering the fourth year of his NFL career. 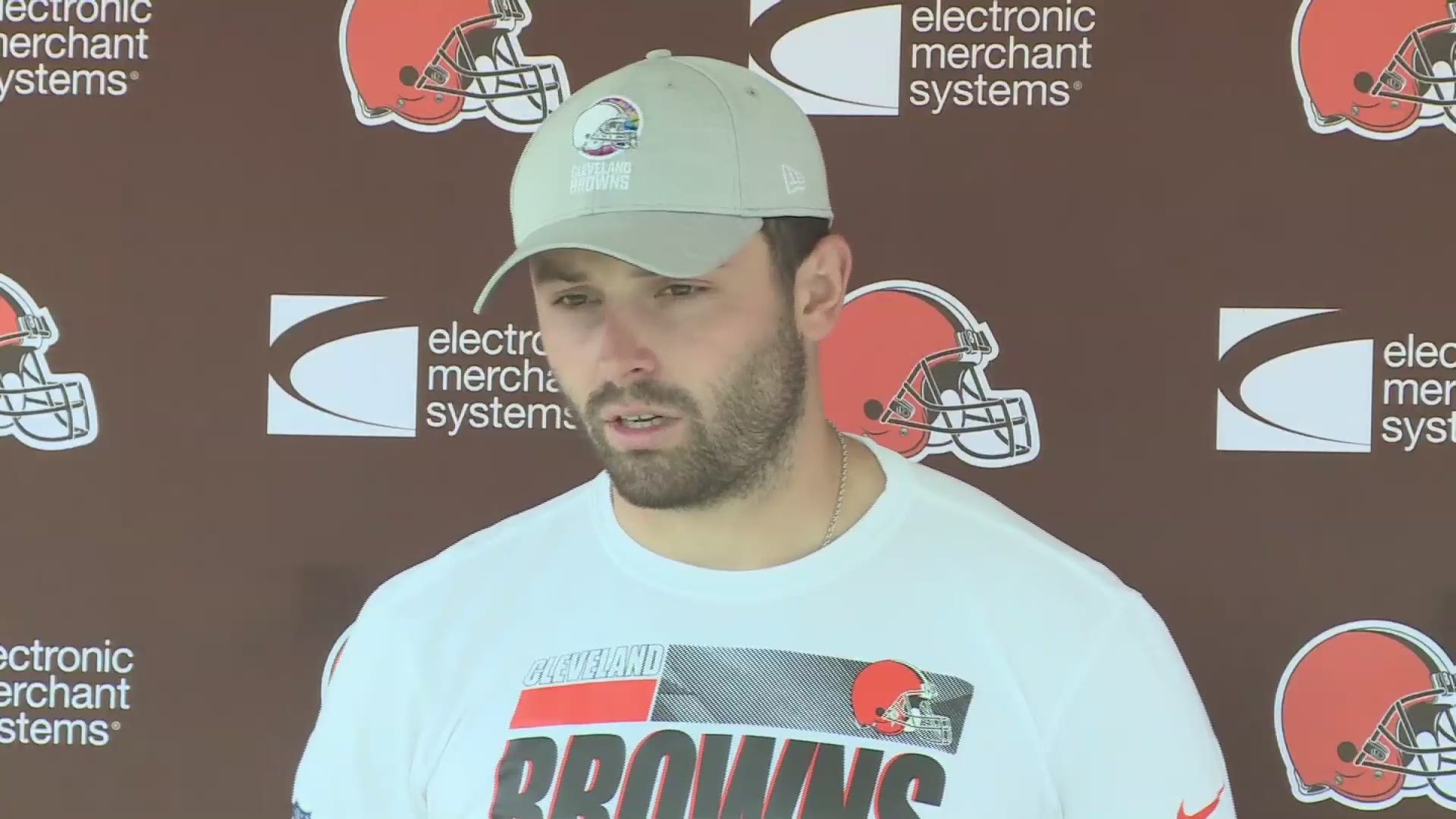 BEREA, Ohio — All things considered, Baker Mayfield's 2020 season was a successful one. Not only did the No. 1 pick of the 2018 NFL Draft improve statistically from a disappointing second season in 2019, but he helped lead the Cleveland Browns to their first playoff appearance since 2002 and first postseason victory since 1994.

But while the Browns' three-decades-long search for a franchise quarterback appears to have come to an end, Mayfield insists he still has room to grow.

"I can play a whole lot better than last year, I know that," Mayfield said ahead of the Browns' second day of training camp on Thursday. "I'm trying to improve each year."

Expecting the 26-year-old Mayfield to make strides this coming season is only natural. After all, NFL history is littered with quarterbacks who have made dramatic jumps from Year 3 to Year 4 in their careers. Not only that, but for the first time since his junior season at Oklahoma in 2016, the former Heisman Trophy winner is entering a season with the same head coach as the year prior.

But while Mayfield acknowledged that while the Browns are in a position to build off their first year under head coach Kevin Stefanski, he was also quick to note that any success the team enjoyed in 2020 isn't relevant for 2021. He also isn't concerning himself with past precedent for quarterback growth, opting instead to focus on his only individual development.

"When it comes to looking at other guys from third to fourth years, I don't compare myself to anybody. I try to be the best version of me," he said. "I think that's what we try to stress in this building is it matters what goes on -- if you're getting better, the team's getting better and we're pushing each other to your job first and foremost."