There's no debating it: Cleveland Browns' signal-caller Baker Mayfield is the most polarizing quarterback in the NFL. 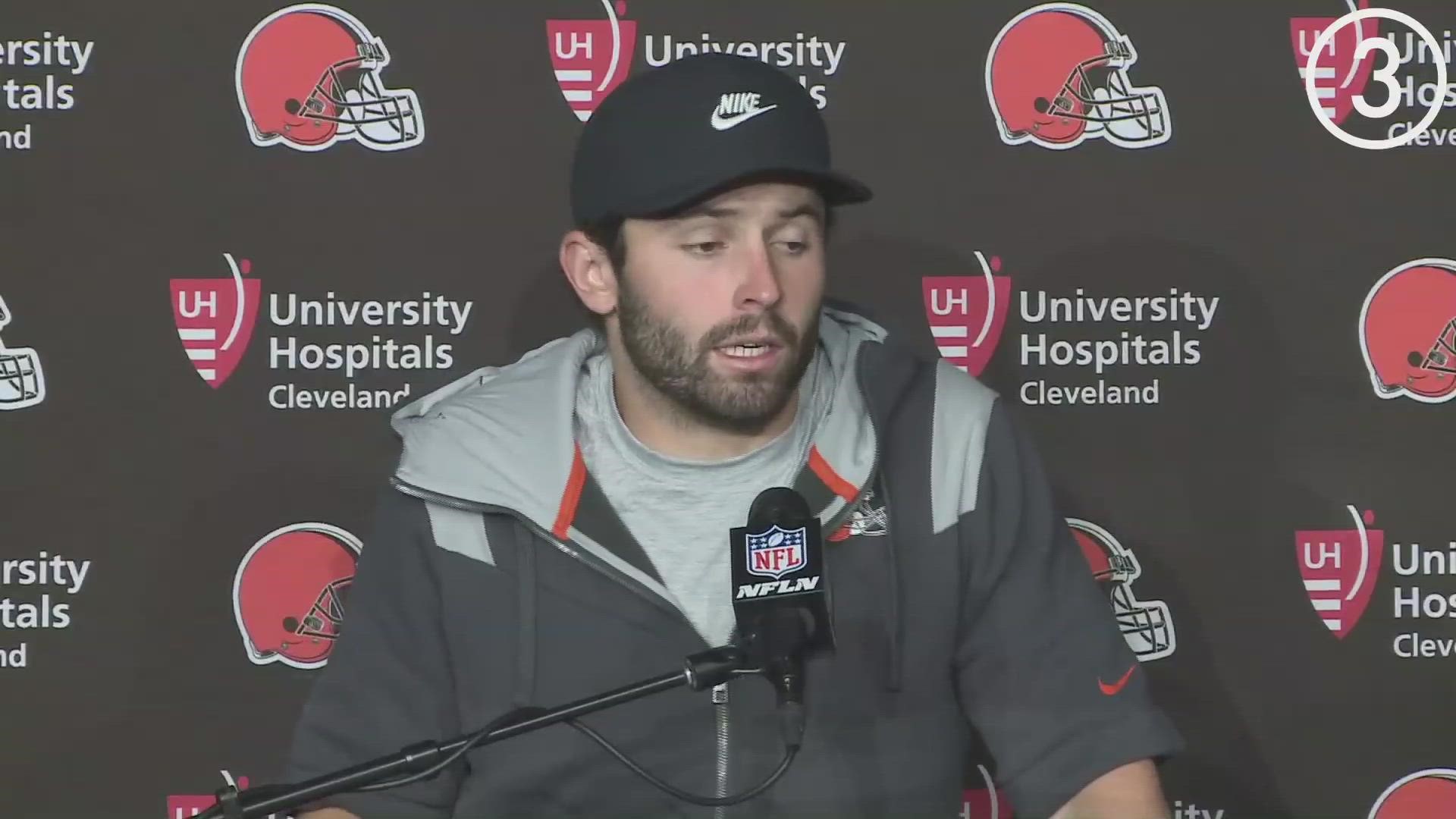 CLEVELAND — Like most red-blooded Americans, watching NFL football on Sunday afternoon largely serves as a warmup for Monday morning sports debate shows. And in the Axelrod house, we don't miss Michael Irvin Mondays on "First Take."

But as I watched Stephen A. Smith continue his ongoing battle against the world by facing one of the greatest receivers in NFL history this week, I found myself confused by the direction of their debate.

"Can the Browns win with Baker Mayfield?" the chyron on the screen read.

How could this be?

Sure, Cleveland had just lost to the Los Angeles Chargers in heartbreaking fashion hours earlier. But the Browns' 47-42 Week 5 defeat was also arguably the best game of Mayfield's NFL career. Not only that, but Cleveland has already won with Mayfield at quarterback, as evidenced by last year's 11-5 regular-season record and postseason win vs. the Pittsburgh Steelers on the road.

Irvin backed Baker. Meanwhile, Smith -- the greatest sports debater of our time -- claimed, "you ain't winning no title with no Baker Mayfield. There [are] too many roadblocks."

And yet, as confused as I was by the discourse, something strange happened over the rest of Monday: it grew. While some tweets wrote the "First Take" segment off as frivolous fodder, others gave it credence, siding with Smith's opinion that Mayfield isn't a Super Bowl-caliber quarterback.

In fact, the noise grew so loud that both Mayfield and his wife, Emily, responded to it with posts on their Instagram stories. Several Browns fans also rushed to the No. 1 pick of the 2018 NFL Draft's defense -- perhaps in a way that was outsized to the actual criticism.

As for that criticism that Mayfield finds himself facing, it seems flimsy at best.

"He doesn't know how to win," has become a common sentiment. I suppose that means he just "guessed" his way to 12 wins last season.

Don't get me wrong, I think there are valid complaints to make about Cleveland's quarterback; his accuracy has been inconsistent, he's been too conservative with his approach and his chemistry with Odell Beckham Jr. remains nonexistent two-and-a-half years into their partnership.

There's no mistaking what Patrick Mahomes and Justin Herbert -- the two quarterbacks who have beaten the Browns this season -- are capable of compared to what Mayfield has shown through the first four seasons of his career.

But the part that I think confuses me the most about criticism of Mayfield this week is that nothing he did (or didn't do) vs. the Chargers changed my opinion of what he is as a starting quarterback. He's not one of the NFL's 10 best quarterbacks -- that would be tough to argue. Rather, he's somewhere between 12-20 -- a range of rankings that seems to fluctuate on a weekly basis (think Matthew Stafford, Ryan Tannehill, Derek Carr, Kirk Cousins and Matt Ryan).

Sure, at his best, Mayfield looks like a top-five quarterback, capable of going toe-to-toe with the best quarterbacks in the NFL -- as he did vs. Mahomes and Herbert this season. But at his worst, he looks like a fringe starter and a reminder of why Cleveland gave Case Keenum a three-year, $18 million contract to be his backup before the 2020 campaign.

Like most quarterbacks, the truth is that Mayfield lives somewhere between his two extremes. Factor in his pull-no-punches personality and it shouldn't come as a surprise that he's still the league's most polarizing quarterback at this point in his career.

Dating back to his storied college career at Oklahoma, Mayfield has been a lightning rod and the 2017 Heisman Trophy winner has done nothing since then to shed that label. For some, his best will never be good enough, while others will defend him even after performances in games where he admitted he played poorly.

As for my personal opinion on Mayfield, I think you can absolutely win a Super Bowl with him as your starting quarterback -- so long as you have the right team and coaching staff around him. The good news for Cleveland is the Browns have just that, although I think it's also fair to wonder how long that will be the case for as their salary cap fills up.

While some see Cleveland's losses to Kansas City and Los Angeles as proof the Browns can't beat those teams, Mayfield's performances in those games only strengthened my belief they could be Super Bowl bound this season.

Don't agree? I'd tell you to debate me.

But at this point when it comes to discussing Mayfield, an invitation to argue seems redundant.