Coach Freddie Kitchens does not expect Cleveland Browns QB Baker Mayfield to be limited during practice ahead of Sunday's game against the Cincinnati Bengals. 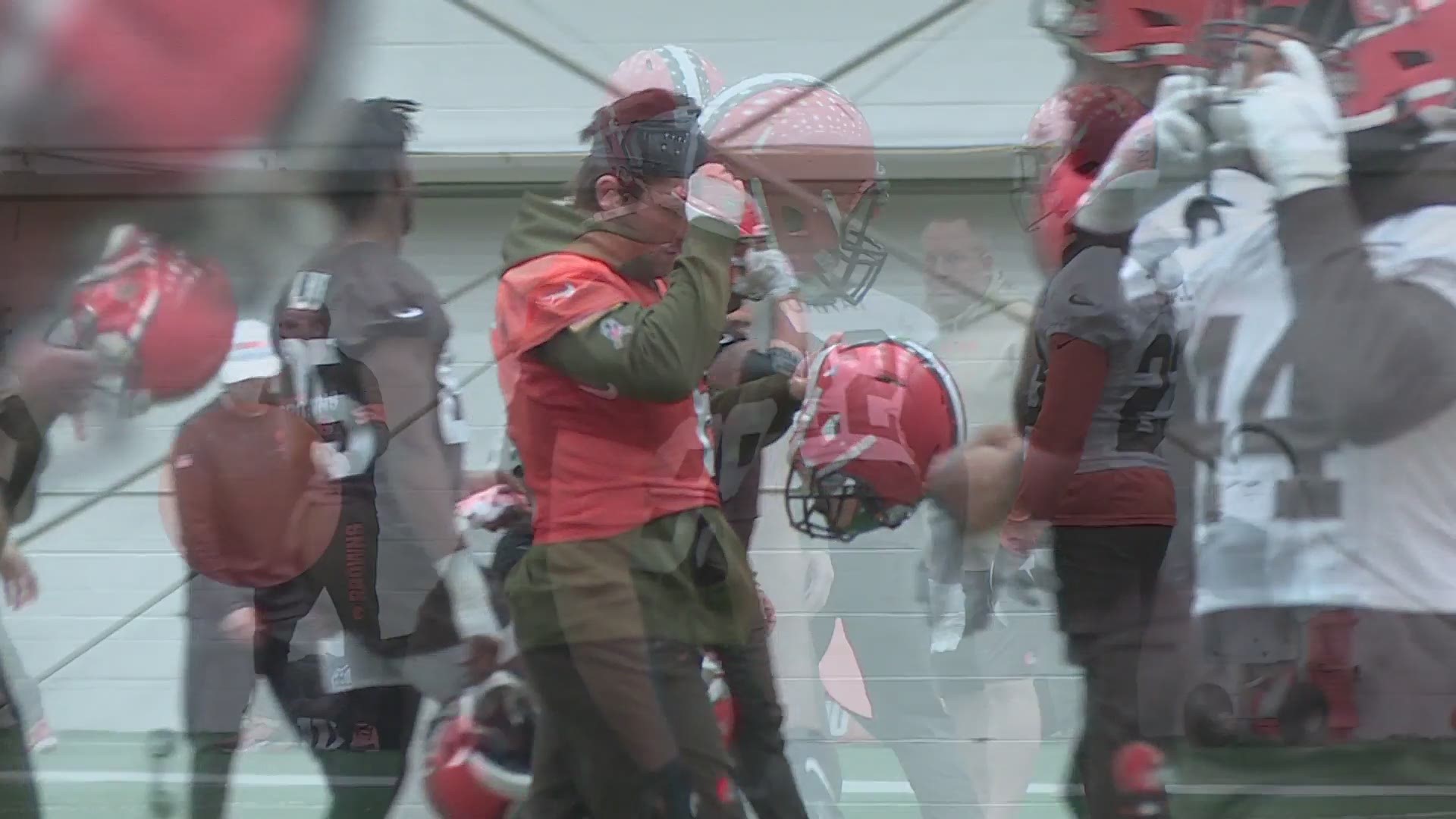 BEREA, Ohio — What is the health status of Cleveland Browns quarterback Baker Mayfield after he suffered a hand injury late in the first half of a 20-13 loss to the Pittsburgh Steelers at Heinz Field last Sunday and played the final two quarters with a glove on his throwing hand?

Well, coach Freddie Kitchens is expecting his second-year quarterback to be running the first-team offense as the Browns regroup from the loss and begin their preparations for this week’s game against the Cincinnati Bengals at FirstEnergy Stadium in Cleveland.

“He should not be,” Kitchens said when asked if Mayfield would be limited during the next three days of practice. 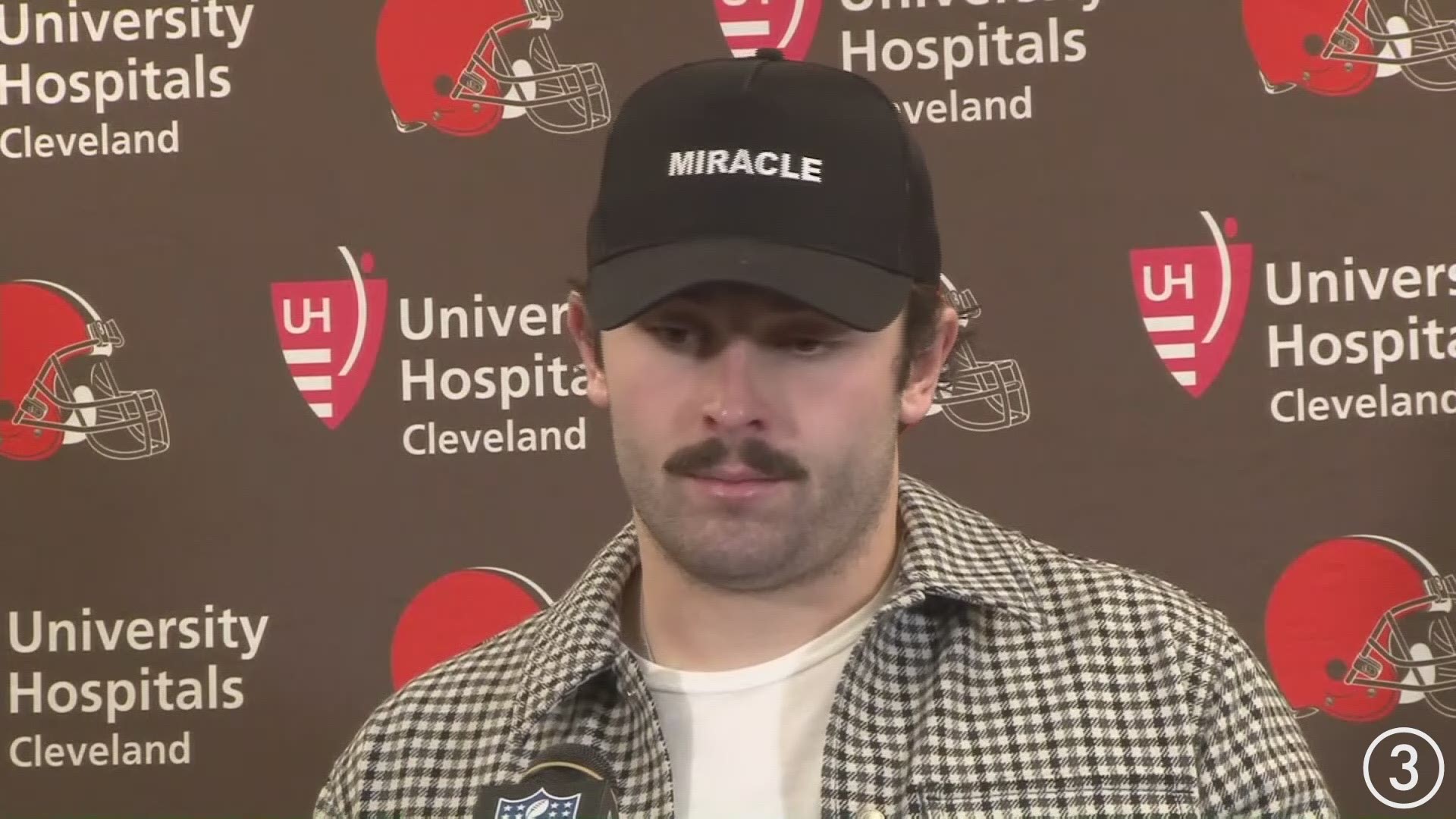 Along with Mayfield, the Browns are expecting defensive end Olivier Vernon to be on the practice field throughout the week, as he coming off of his first game back after a knee injury, suffered in a loss at the Denver Broncos, cost him three games this season.

Vernon was limited in his role in Sunday’s game in Pittsburgh, making just one tackle with one quarterback hit.

“I think he ended up with 12 or 14 plays, something like that,” Kitchens said of Vernon. “A little sore, but we’ll continue to see what he can do during the course of the week and continue moving forward.”

Credit: AP
FILE - In this Sept. 22, 2019, file photo, Cleveland Browns offensive tackle Greg Robinson (78) blocks during an NFL football game against the Los Angeles Rams in Cleveland. Browns starting left offensive tackle Greg Robinson has been benched. It’s likely that he will be replaced by Justin McCray, who has not started an NFL game at left tackle and has played their sparingly during his career. (AP Photo/David Richard, File)

While Mayfield and Vernon work their ways through the injuries, the Browns did get good news on the injury front when left tackle Greg Robinson cleared the NFL Concussion Protocol and safety Eric Murray will take the field for the first time since undergoing knee surgery after a loss at the New England Patriots in late October.

“It’s a physical football game and we’re dealing with some bumps and bruises, but injury-wise, we should get Eric back today on the practice field and see where he’s at, just continuing to increase his role from the standpoint of seeing him move along a little bit further from his injury,” Kitchens said.

“Greg cleared the Concussion Protocol this morning, so he’ll be back. That’ll be a big get. We need to continue to focus on our preparation with those two guys and see where we’re at, at the end of the week.”

Also, the Browns believe they could be in position to activate tight end David Njoku from injured reserve if he comes through practice okay this week.

Currently, Njoku is working back into game shape after suffering a broken wrist in a 23-3 win over the New York Jets at MetLife Stadium in East Rutherford, New Jersey on “Monday Night Football” on September 16.

This year, Njoku has four receptions in seven targets for 37 yards and one touchdown, which came in a 43-13 loss to the Tennessee Titans in the 2019 regular-season opener at FirstEnergy Stadium on Sunday, September 8.