As he has done after each of the Cleveland Browns' 10 wins this season, Baker Mayfield snuck a pop culture reference into his postgame interview. 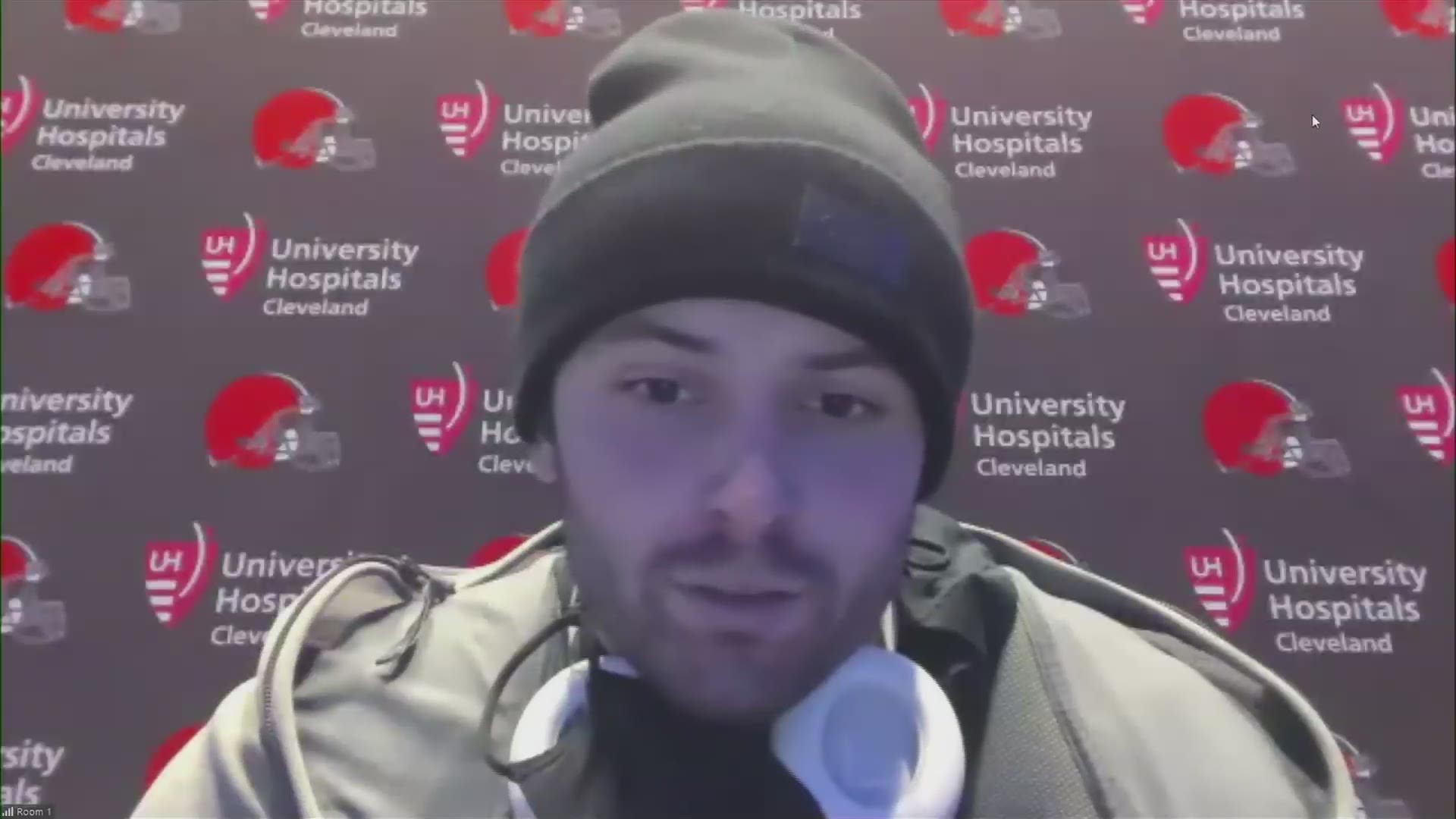 Over the course of the 2020 season, Mayfield has made a habit of sneaking lines from movies, music and t-shows into his postgame press conferences after Cleveland Browns wins. And the Browns' 20-6 victory over the New York Giants on Sunday Night Football was no exception, as Mayfield looked back to the 1990s for inspiration when asked about the performance of Giants quarterback Colt McCoy.

"Colt's a winner. He always has been. I grew up in Austin watching him play at Texas. He's a winner," Mayfield said. "He's going to always have whatever team he's playing for in the game and so we just have to stay in there and realize that as long as we don't go chasing waterfalls, we're going to be in the game."

Mayfield's quote, of course, is a callback to TLC's 1994 song "Waterfalls."

One answer later, Mayfield shouted out another one of TLC's most popular songs, 1999's "No Scrubs," while answering a question about wide receiver Jarvis Landry.

RELATED: Baker Mayfield pop culture references: Every one the Browns QB has made this season

Earlier this week, Mayfield revealed the reasoning behind his pop culture references -- which have ranged from Will Ferell quotes to Snoop Dogg lyrics to lines from "The Office" -- to ESPN's Keyshawn Johnson.

"There's a thing going on in the QB room that I have to slide in a certain quote or there's a fine," Mayfield revealed to the former NFL wide receiver during the pregame show for the Monday Night Football matchup between the Browns and Baltimore Ravens.