Speaking to reporters at the NFL owners meetings, Baltimore Ravens head coach John Harbaugh had plenty of praise for the Cleveland Browns. 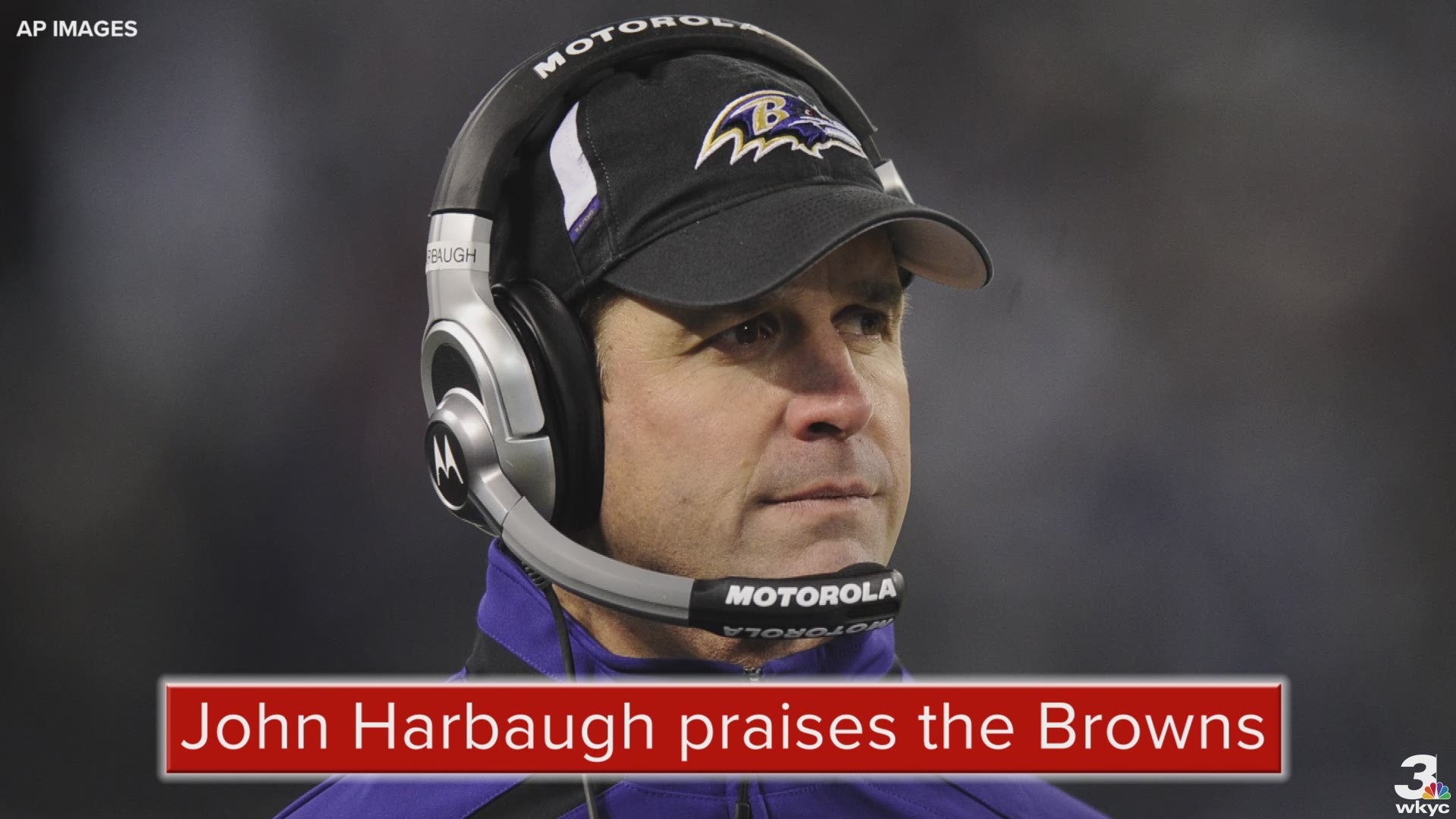 Over the course of the 17 years the AFC North has existed, the Cleveland Browns have been called many things.

Rarely -- if ever -- has "the most talented team in the division" been one of them.

That, however, changed on Tuesday at the Annual League Meetings in Phoenix, Ariz. Speaking to reporters, Baltimore Ravens head coach John Harbaugh praised the Browns' offseason, touting Cleveland as the team with the highest upside in the  AFC North.

"They’re the most talented team in the division," Harbaugh said of the Browns, per Jamison Hensley of ESPN. "We’ll see what that means."

What's even wilder than Harbaugh's assessment is the fact that it's probably accurate.

Two years after recording just the second 0-16 season in NFL history, Cleveland entered the 2019 offseason with no shortage of momentum after tallying a 7-8-1 record in 2018. In addition to Pro Bowl selections Myles Garrett, Denzel Ward, Jarvis Landry and Joel Bitonio, the Browns possessed a franchise quarterback in Baker Mayfield and one of the league's most promising young running backs in Nick Chubb.

Credit: David Richard
Cleveland Browns quarterback Baker Mayfield (6) celebrates after leading the team to a 26-18 win over the Cincinnati Bengals at FirstEnergy Stadium in Cleveland on Sunday, December 23, 2018.

All of that was before general manager John Dorsey bolstered the Browns' backfield even further with the signing of 2017 rushing champ Kareem Hunt, who has been suspended for the first eight games of the 2019 season for violating the league's personal conduct policy. In two years with the Kansas City Chiefs, the 23-year-old Hunt totaled 2,984 yards (2,151 rushing, 833 receiving) and 25 touchdowns (15 rushing, 10 receiving) in 27 games.

In addition to adding Hunt, Dorsey helped bolster his defense when he acquired defensive end Olivier Vernon from the New York Giants in exchange for guard Kevin Zeitler. A 2018 Pro Bowl selection, Vernon will provide an upgrade to the Browns' pass rush, likely starting opposite Garrett at defensive end.

Those moves, however, paled in comparison to the blockbuster trade Dorsey pulled off earlier this month when he acquired wide receiver Odell Beckham Jr. from the New York Giants. A 3-time Pro Bowl selection, the 26-year-old Beckham is considered one of the best young players in football, having recorded 290 receptions for 5,476 yards and 44 touchdowns over the course of his first five seasons in the league.

After acquiring Beckham -- in exchange for 2019 first and third round picks, as well as safety Jabrill Peppers -- the Browns saw their Super Bowl odds rise to 12-1. To Harbaugh's point, those are the best odds of any of the four teams of the AFC North, although it also doesn't guarantee anything for the upcoming season.