After going home with an illness on Thursday, Beckham Jr. is now able to rejoin the team. 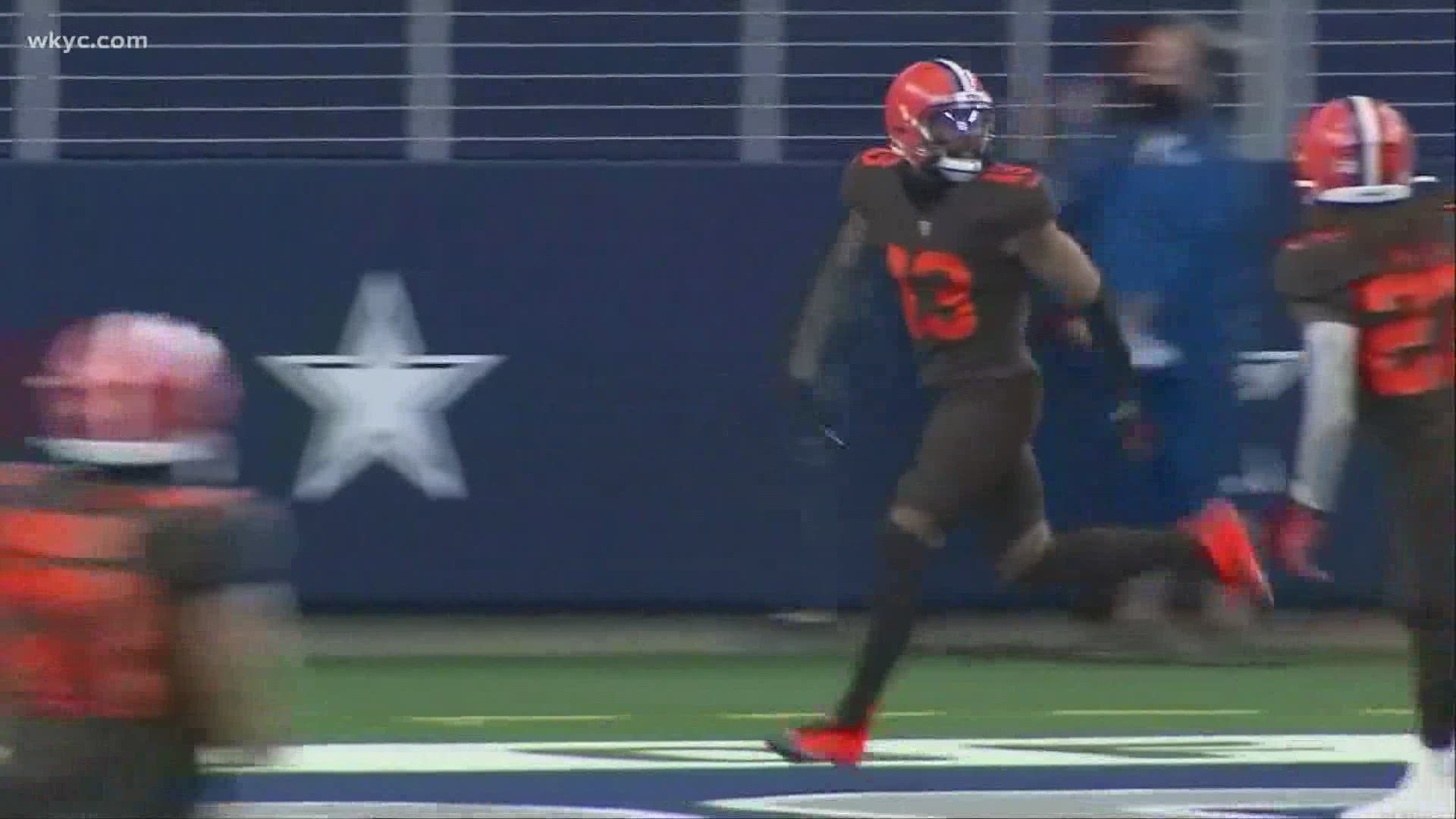 CLEVELAND — Cleveland Browns wide receiver Odell Beckham Jr. had his second negative COVID-19 test in 24 hours, clearing him to rejoin his teammates and play in Sunday’s game against the Pittsburgh Steelers.

The 3-time Pro Bowl wide receiver had been kept away from Cleveland’s facility and didn’t practice for two days after feeling ill on Thursday and being sent home.

Per NFL coronavirus protocol, he had to twice test negative before being allowed back. The league has instructed teams to remove anyone showing symptoms similar to COVID-19 even if they are caused by a cold or the flu.

Beckham's return will provide a boost to a Browns roster that's hampered by injuries heading into its toughest matchup since beginning a four-game winning streak in Week 2. Due to a ribs injury, quarterback Baker Mayfield has been limited in practice throughout the week, as has wide receiver Jarvis Landry (hip/ribs), with starters Karl Joseph, Ronnie Harrison and Wyatt Teller having already been ruled out for Sunday.

Officially, Mayfield, Landry and Beckham are listed as questionable for Sunday.