The pair will be formally inducted on Sept. 26 when the Browns host the Chicago Bears at FirstEnergy Stadium. 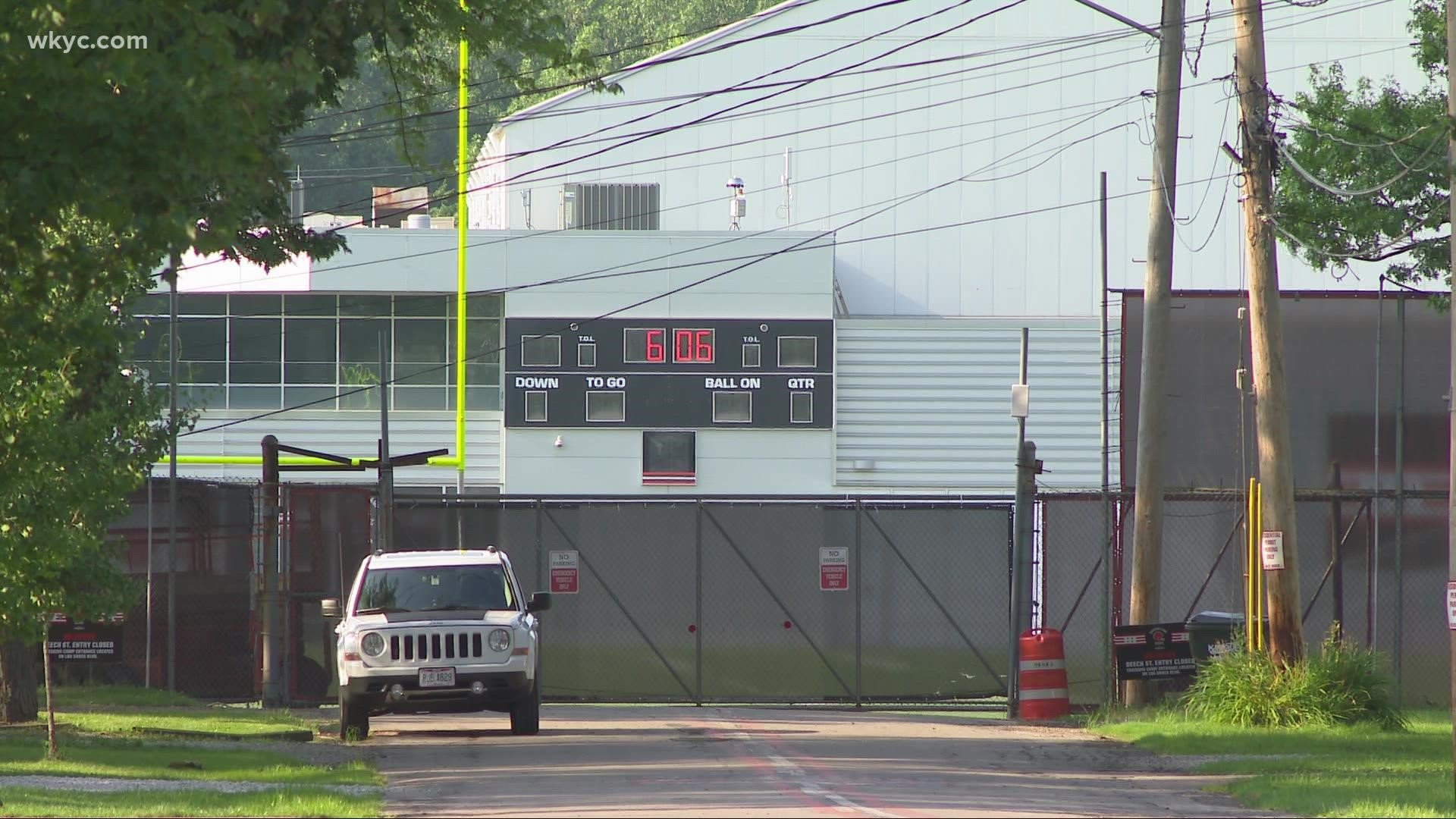 CLEVELAND — In the present, the Browns seem poised to have a special season in 2021. However, that doesn't mean they can't take time to honor the past.

The team on Wednesday announced quarterback Bill Nelsen and linebacker D'Qwell Jackson will be honored as the newest Cleveland Browns Legends. The pair will be enshrined along with class of 2020 members Josh Cribbs and Webster Slaughter, who were unable to receive a proper tribute last year due to the COVID-19 pandemic.

Credit: AP
Cleveland Browns quarterback Bill Nelson, center, doffed his helmet to talk with his upstairs spotters as the Browns were taking a shellacking from the Minnesota Vikings in the third quarter of the NFL Championship Game, Jan. 4, 1970, Minneapolis, Minn.

Jackson was a second-round pick out of Maryland in 2006, and soon established himself as a rock on a defense that didn't always match his own production. In seven seasons on the lakefront, he tallied 532 total tackles, including an NFL-best 154 in 2008 and a career-high 158 in 2011. He also led the league with 116 solo stops during the latter season, and overall with the Browns had eight career interceptions with one touchdown.

"It's a blessing to receive such a great honor," Jackson, who was also a Pro Bowler with the Indianapolis Colts, said in a statement. "It's very humbling and rewarding and all these different things I can't even put in words to express how excited and appreciative I am."

Credit: David Richard/AP
Cleveland Browns' linebacker D'Qwell Jackson stands during a timeout against the Cincinnati Bengals in an NFL football game on Sunday, Sept. 11, 2011, in Cleveland.

In order to be eligible to become a "Browns Legend," a player has to have spent at least five years with the team and have "been a major contributor at their respective position." Nelsen and Jackson -- along with Cribbs and Slaughter -- will be formally enshrined on Sept. 26, when Cleveland hosts the Chicago Bears at FirstEnergy Stadium.