Blake Hance played a much larger role than expected in the Cleveland Browns' wild card round victory over the Pittsburgh Steelers. 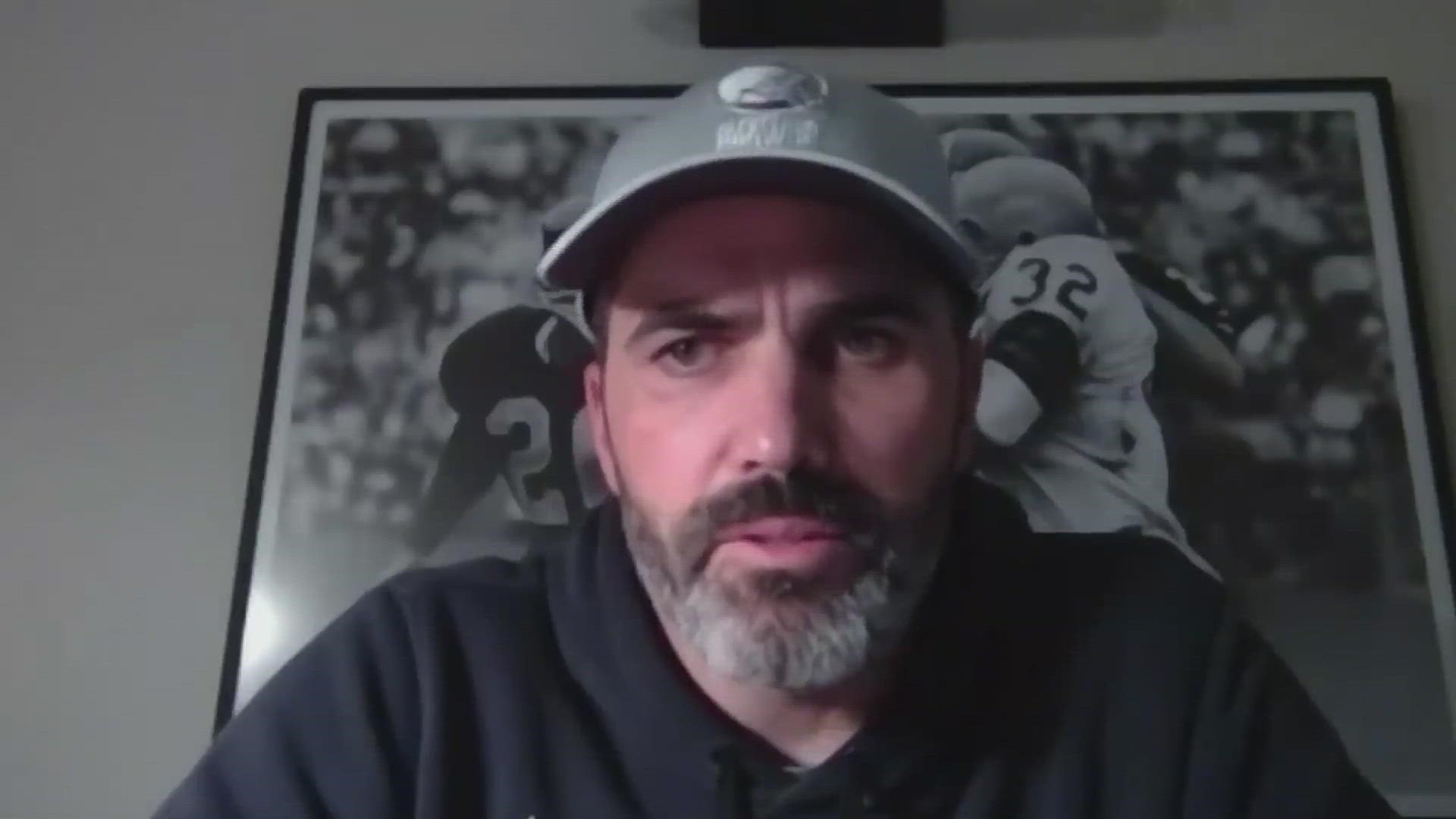 After all, it was only academic that the Browns would need to fill out their roster as it faced a potential coronavirus (COVID-19) outbreak heading into its regular-season finale against the Pittsburgh Steelers one day later.

Eight days after making the impromptu six-and-a-half-hour drive from Florham, New Jersey, to Cleveland, however, Hance has already etched his name into Cleveland sports lore. And his legend may only continue to grow as the Browns enter the AFC divisional round for the first time in 26 years.

'I think it was his first day'

Throughout the 2020 season, Baker Mayfield has made a habit of going viral for his postgame comments. But while it was usually the Cleveland quarterback's quoting of TLC songs or Dwight from "The Office" that created clips, it was a different type of answer that made the rounds following the Browns' 48-37 victory over the Steelers in the AFC wild card round on Sunday night.

"A guy named Blake that I introduced myself to literally in the locker room before the game stepped up in the fourth quarter," Mayfield told NBC's Michele Tafoya in his postgame interview.

Moments earlier, Hance had played the final 14 snaps at left guard in what was Cleveland's first playoff win since the 1994 season. With Joel Bitonio on the COVID-19 list and Michael Dunn leaving the game with a calf injury, the Browns had no choice but to turn to Hance, who was still largely a stranger to his teammates.

"I don't want to get my man's name wrong, so I'm going to say his number. No. 62, Hance -- I saw him in the locker room before the game and had no idea who he was," Cleveland wide receiver Jarvis Landry told "The Pat McAfee Show" on Tuesday. "And then he actually came into the game and I'm like, 'Oh, s--t.'... I think it was his first day. I don't even think he was in the meetings this week."

On Monday, Browns head coach Kevin Stefanski, who missed Sunday night's game after testing positive for COVID-19, confirmed he had yet to meet the player who helped close out his team's postseason victory.

"I am looking forward to it," Stefanski said.

As they say, to the victor goes the spoils.

While a Browns loss likely would have resulted in Hance's contributions becoming an afterthought, Cleveland's victory has made his unique path to the playoffs the stuff of legends.

Shortly after Mayfield's viral comment to Tafoya, Hance posted a new profile picture to his Twitter feed of himself in a Browns jersey. The caption: #AGuyNamedBlake

Unsurprisingly, Hance's story has already resulted in t-shirts, interviews on the NFL Network and deep dives into the Northwestern product's journey to Cleveland.

While Bitonio is expected to return to the Browns' lineup for Cleveland's divisional round matchup against the Kansas City Chiefs this weekend, with Dunn now on injured reserve, it appears Hance will remain the offensive line's next man up. At the very least, should he find himself back on the field on Sunday, there won't be any introductions needed.

It seems all of Cleveland is now plenty familiar with a guy named Blake.