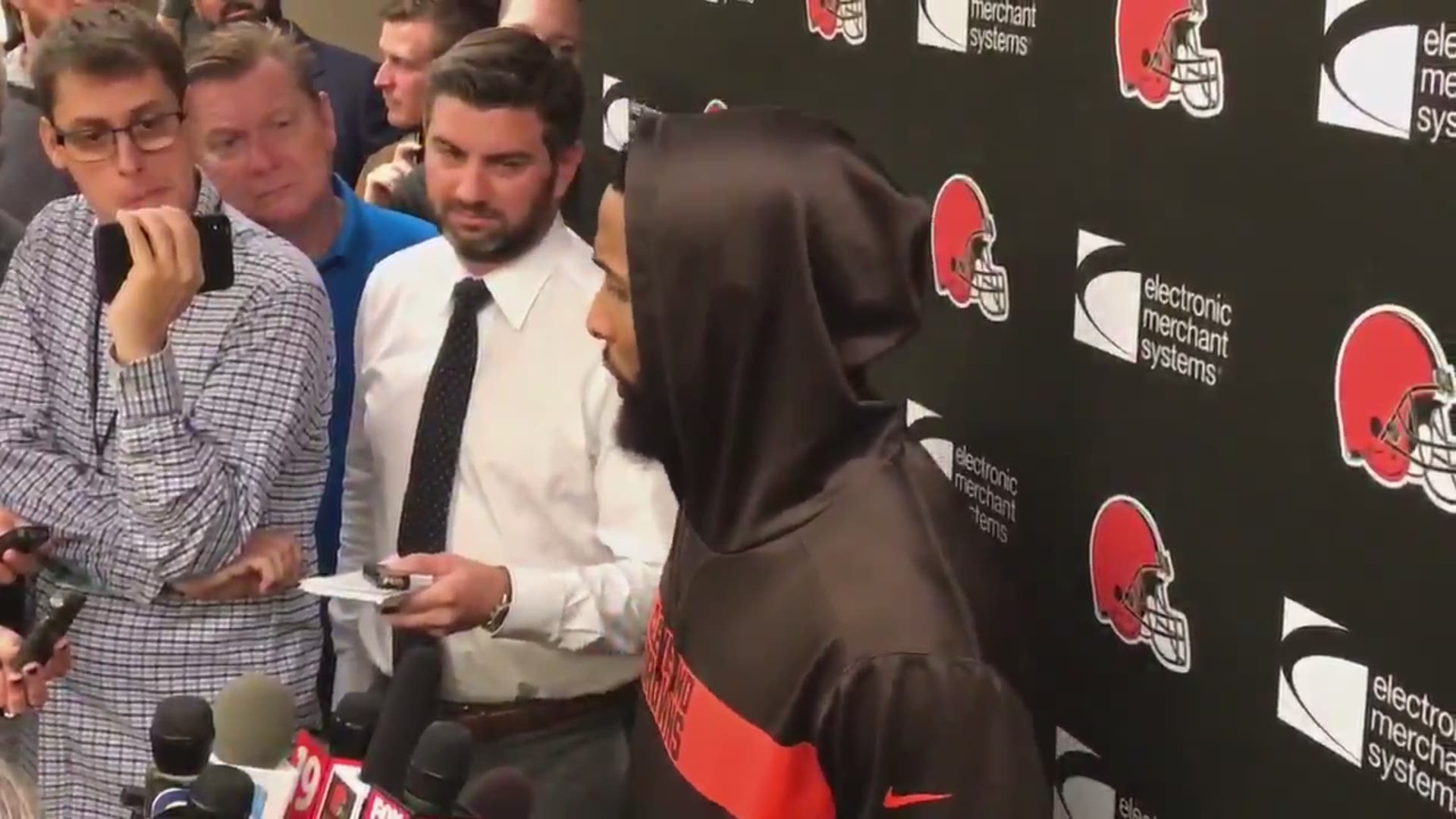 BEREA, Ohio — Former Cleveland Browns defensive coordinator/interim head coach Gregg Williams has a reputation for being aggressive, and in some instances, going over the line, which is exactly what wide receiver Odell Beckham Jr. feels happened during a 2017 preseason game against the New York Giants.

Four days before the Browns travel to MetLife Stadium to play the New York Jets, where Williams currently serves as the defensive coordinator, Beckham Jr. said his new teammates told him they were instructed to target him during the preseason game at FirstEnergy Stadium.

“The only thing I’m buying is I have to probably watch out for the cheap shots and dirty hits and all the things he likes to teach,” Beckham Jr. said. “That’s pretty much what we’ve got to watch out for. Other than that, I expect the same two-high safety. I don’t expect man-to-man.

During the game in question, cornerback Briean Boddy-Calhoun delivered a hit to Beckham Jr.’s leg and caused a high ankle sprain. That Preseason Week 2 injury prevented Beckham Jr. from playing in the final two exhibition games, as well as the 2017 regular-season opener.

Beckham Jr.’s entire 2017 season never fully got on track after that, as by Week 6, he suffered another ankle injury that kept him out of the lineup for the remainder of the year.

“It’s preseason,” Beckham Jr. said. “It’s like a known rule. Nobody in the NFL’s really out to do stuff like that. I had players on this team tell me that’s what he was telling them to do, take me out of the game and it’s preseason. You just know who he is. That’s the man calling the plays.

“I came back too early for my team. I gave them all I had, even though I knew I was probably still three weeks out. I came back three weeks too early just because we lost the first game of the season that year, and I felt the pressure to come out there and do what I can to help the team.”

This is hardly the first time Williams has been accused of coaching his athletes to play outside the rules.

While serving as the New Orleans Saints’ defensive coordinator (2009-2011), an NFL investigation found Williams led a “bounty” scandal where he would award bonuses for players who took out opposing athletes. For his role in “Bountygate,” Williams was suspended indefinitely, which covered the entire 2012 season.