What are the Cleveland Browns' playoff odds after win vs. Lions?

Following a 13-10 win vs. the Detroit Lions, the Cleveland Browns moved to 6-5 on the season. 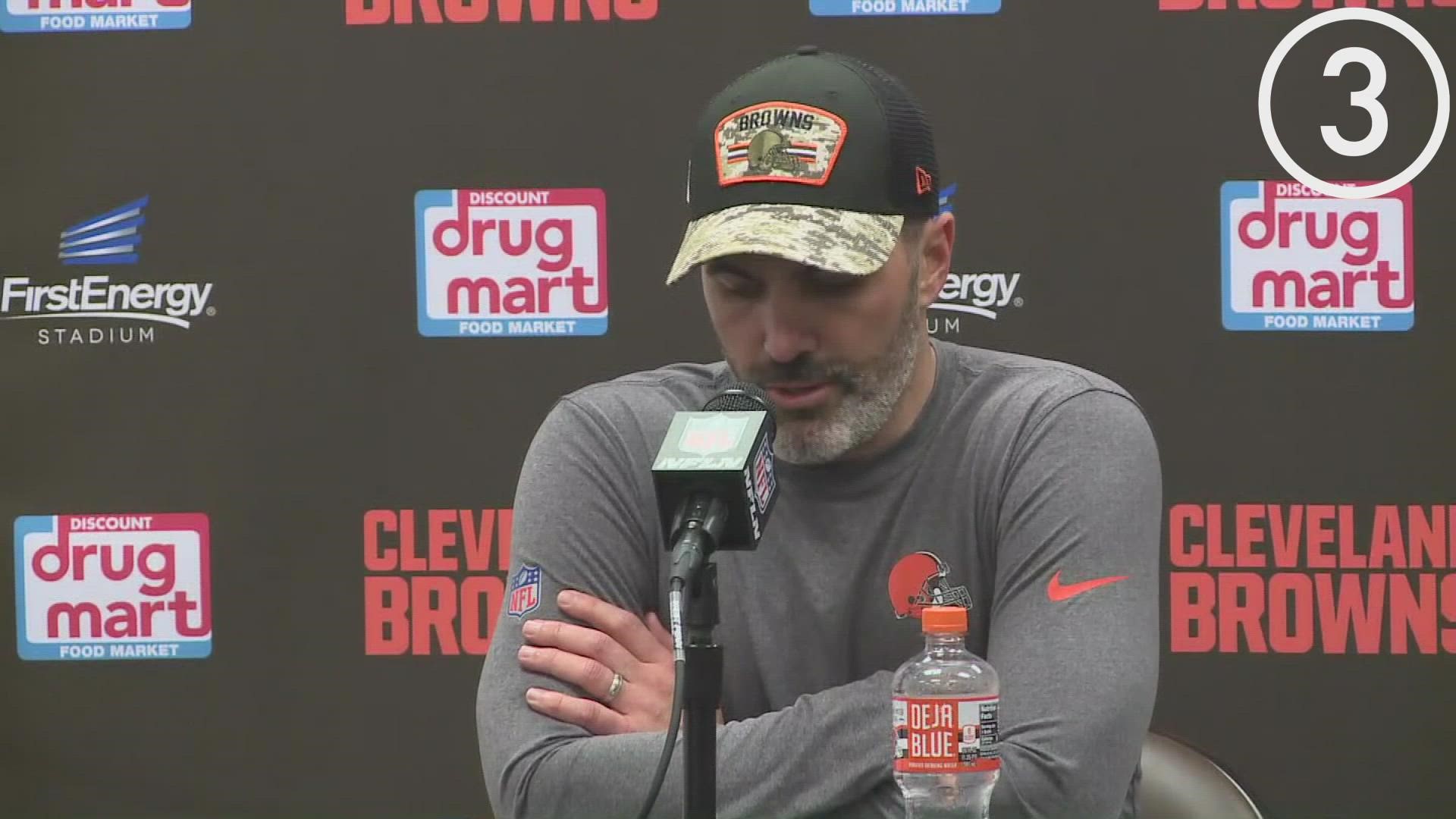 CLEVELAND — One week after suffering their worst loss of the season against the New England Patriots, the Cleveland Browns bounced back with a 13-10 victory over the Detroit Lions.

While the Browns' win wasn't pretty, it did move them to 6-5 on the season, keeping Cleveland in the thick of the AFC playoff picture. Overall, however, Week 11 wasn't kind to the Browns' odds of making the playoffs, which according to advanced analytics website Five Thirty Eight now sit at 32 percent -- a seven percent drop from this time last week.

While The New York TImes' playoff model currently gives Cleveland slightly higher odds of making the playoffs at 38 percent, it's clear the Browns have strides to make if they're going to qualify for the postseason for the second consecutive year. With that in mind, let's take a look at where Cleveland stands in the AFC playoff picture heading into the most critical three-week stretch of the Browns' season.

While the Browns are currently in last place of the AFC North, all four teams in the division find themselves separated by fewer than two games. That's a gap that Cleveland could close over the course of the next three weeks, when a pair of games against the first-place Ravens will sandwich the Browns' bye week.

How Cleveland fares in its two games against Baltimore will go a long way toward determining the Browns' likeliest path to the playoffs -- if one even still exists. Sweep the two-game series against the Ravens and Cleveland will find itself in the driver's seat of the divsion. Split the two-game set, and the Browns' best bet for making the playoffs will likely be the Wild Card. Lose both games, and Cleveland's margin for error will be nonexistent.

For what it's worth, Five Thirty Eight currently gives the Browns a 14 percent chance of winning the AFC North, while The New York Times gives Cleveland 18 percent odds of winning its first division title since 1989. Compared to their overall playoff odds, that means the Browns are relatively just as likely to win the AFC North as they are to earn a Wild Card spot.

Through 11 weeks, here's how the AFC Playoff picture looks:

While the Browns won on Sunday, as the odds indicate, they didn't receive much help elsewhere in the AFC. Baltimore, New England, Kansas City, Cincinnati, Los Angeles and Indianapolis each won this weekend, while the Raiders' loss to the Bengals helped Cleveland climb from seventh place in the AFC to sixth.

That means the Browns have to climb at least three more places in the standings to secure a spot in an AFC playoff picture that remains plenty crowded. All four divisions in the conference appear to possess at least two legitimate playoff contenders, including the AFC North, where all four teams remain in contention.

With Cleveland having already lost head-to-head tiebreakers vs. the Patriots, Chiefs and Chargers, the next four weeks -- including a Week 15 matchup with the Raiders -- loom large. And according to Five Thirty Eight, a win vs. the Ravens this Sunday would boost the Browns' playoff odds to 57 percent.

Here are the games left on the Browns' 2021 schedule:

As previously noted, the next three weeks will go a long way toward determining Cleveland's likeliest path to the postseason. Of the Browns' six remaining games, four come against division opponents, with a fifth being against a fellow wild card contender in Las Vegas.

Based on opponents' winning percentage, Cleveland has the toughest schedule remaining in the NFL. But it's also worth noting that the second, third and fourth toughest remaining schedules belong to the rest of the AFC North.