26 prospects the Cleveland Browns could pick with the No. 26 pick in 2021 NFL Draft

Coming off their 12-6 season, the Cleveland Browns lay claim to the No. 26 overall pick in the 2021 NFL Draft. 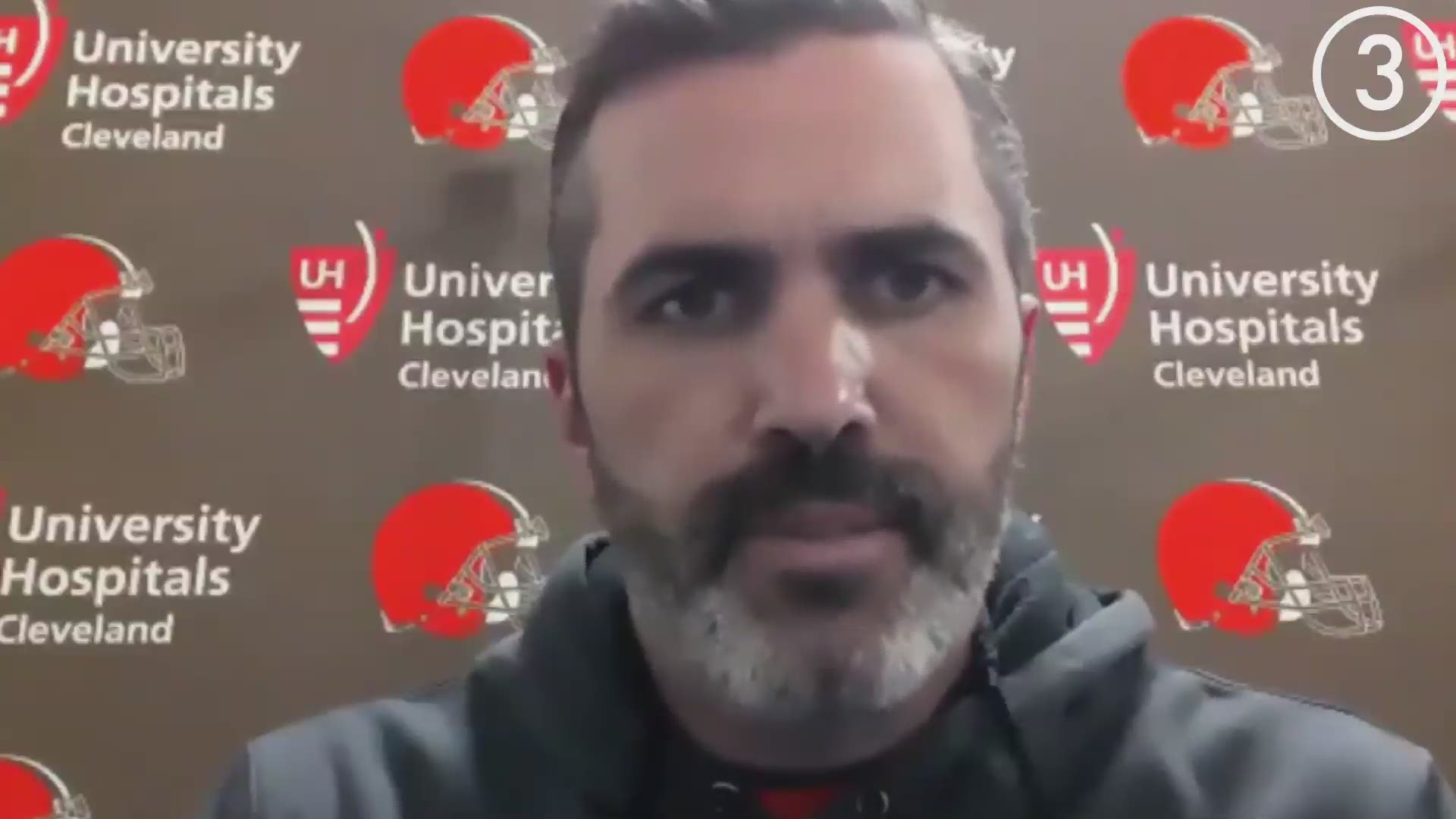 After suffering a 22-17 season-ending loss to the Kansas City Chiefs in the AFC divisional round on Sunday, the Cleveland Browns enter the 2021 NFL Draft laying claim to the No. 26 overall pick.

With that in mind, here are 26 prospects who could both be available and fit the bill of what the Browns are looking for in their first-round pick:

Was considered a potential top-five pick before sitting out the 2020 season. Tallied the second-most sacks (15.5) in the country in 2019, trailing only Chase Young.

Considered one of the top outside linebackers in the country before declaring for the draft after the Pac-12 initially canceled its 2020 season. Posted eight sacks and 12.5 tackles for a loss in 2019 and possesses the size (6-foot-5, 262 pounds) to play on the defensive line at the next level.

Former No. 1 overall recruit who transferred to Miami after beginning his college career at UCLA. Ranked as Pro Football Focus' No. 54 college player (No. 6 Edge) after totaling eight sacks and 15.5 tackles for a loss in 2020.

Big (6-foot-4, 272 pounds) and athletic defensive lineman who posted 6.5 sacks and 12.5 tackles for a loss in 2019. Possesses the potential to be one of the biggest risers throughout the 2021 NFL Draft process.

Athletic and explosive player who initially profiles as a pass-rush specialist. Would benefit from the attention opposing offenses are forced to pay to Myles Garrett.

Productive player who totaled 15 sacks and 22.5 tackles for a loss in his final two seasons at Wake Forest. While he's already 23-years-old, the 6-foot-5, 285 pounds defensive end could make for an ideal counterpart to Garrett in the Browns' 4-3 scheme.

Possesses the size (6-foot-4, 253 pounds) and skill to fit into any defensive scheme. Totaled 30 tackles for a loss and 11.5 sacks in three seasons at Texas.

Projected as the top cornerback in his class before opting out of the 2020 season. Big (6-foot-2, 207 pounds) player who recorded 19 pass breakups and six interceptions in two seasons at Virginia Tech.

Former 5-star prospect who appeared to be a lock to be the next first-round cornerback selected out of Ohio State. While his stock seemed to fall after a disappointing 2020 season, his talent could put him in play at the end of the first round. May project better as a nickel or free safety at than he does an outside corner.

The son of the former 4-time Pro Bowl cornerback by the same name totaled 29 pass defenses and four interceptions in three seasons at Florida State. While he doesn't possess great size (5-foot-10, 184 pounds), his athleticism could aid him in the pre-draft process.

Ranked as the top slot corner in college football in 2019 and the No. 32 players in the country in 2020, per Pro Football Focus. Could both fill a need and add versatility to a Browns secondary that struggled in 2020.

A 6-foot-5, 310-pound force who served as the focal point of Alabama's defense in 2020. Ranked as Pro Football Focus' No. 11 overall player and totaled eight sacks and three forced fumbles last season.

A recent riser up draft boards who recorded 5.5 sacks and 13.5 tackles for a loss in eight games in 2020. The Browns enter 2020 with projected starters Sheldon Richardson and Andrew Billings in the final years of their contracts.

A strong run defender who could fill a position of need in Cleveland. Was one of Ohio State's most consistent defensive players in 2020.

A 5-foot-9, 185-pound speedster who could provide the deep threat the Browns' offense desperately needs. Ranked as Pro Football Focus' No. 18 overall player and No. 2 receiver in 2020.

While he doesn't possess the speed the Browns' receiving corps currently lacks, Rashod Bateman has the type of route-running skills that have typically meshed well with Baker Mayfield. Should faster player push him toward the bottom of the first round, he could be too good of a value to pass on.

A 6-foot-4, 200-pound pass-catcher who could add both size and speed to a Browns' receiving corps that lacks both. Totaled 23 touchdowns in the past two seasons at LSU.

An elusive 6-foot, 193-pound wideout who recorded 70 receptions for 984 yards and 10 touchdowns in 2020. Ranked as Pro Football Focus' No. 44 overall player and No. 4 wide receiver this past season.

A versatile playmaker who caught 114 passes for 1,258 yards and 12 touchdowns as a freshman in 2018. While he's only played in seven games since the 5-foot-9 speedster could add a new wrinkle to the Browns' passing attack.

Analytically-driven front offices like the Browns' may not prioritize linebackers, but Jeremiah Owusu-Koramoah may be too good of a playmaker to pass up. Having tallied 24.5 tackles for a loss in the past two seasons, the hybrid linebacker ranked as Pro Football Focus' No. 38 player and No. 2 linebacker in 2020.

Pro Football Focus' top-ranked linebacker and No. 7 overall player last season, Zaven Collins was the only player at his position to post both 90-plus coverage and blitzing grades.

Having totaled a combined 198 tackles, 16.5 of which came for a loss, in the past two seasons, Nick Bolton could fill an immediate void in the Browns' lackluster linebacking corps.

Considered by many to be the top safety in the draft. Tallied 21 pass defenses and seven interceptions in two seasons at TCU, earning the Thorpe Award as the nation's top defensive back in 2020.

A converted wide receiver who put his ball skills to use on defense with nine interceptions in two seasons at Oregon. Would fill an immediate need at free safety for Cleveland.