The Browns Backers Worldwide is considered to be one of the largest organized fan clubs in all of professional sports. 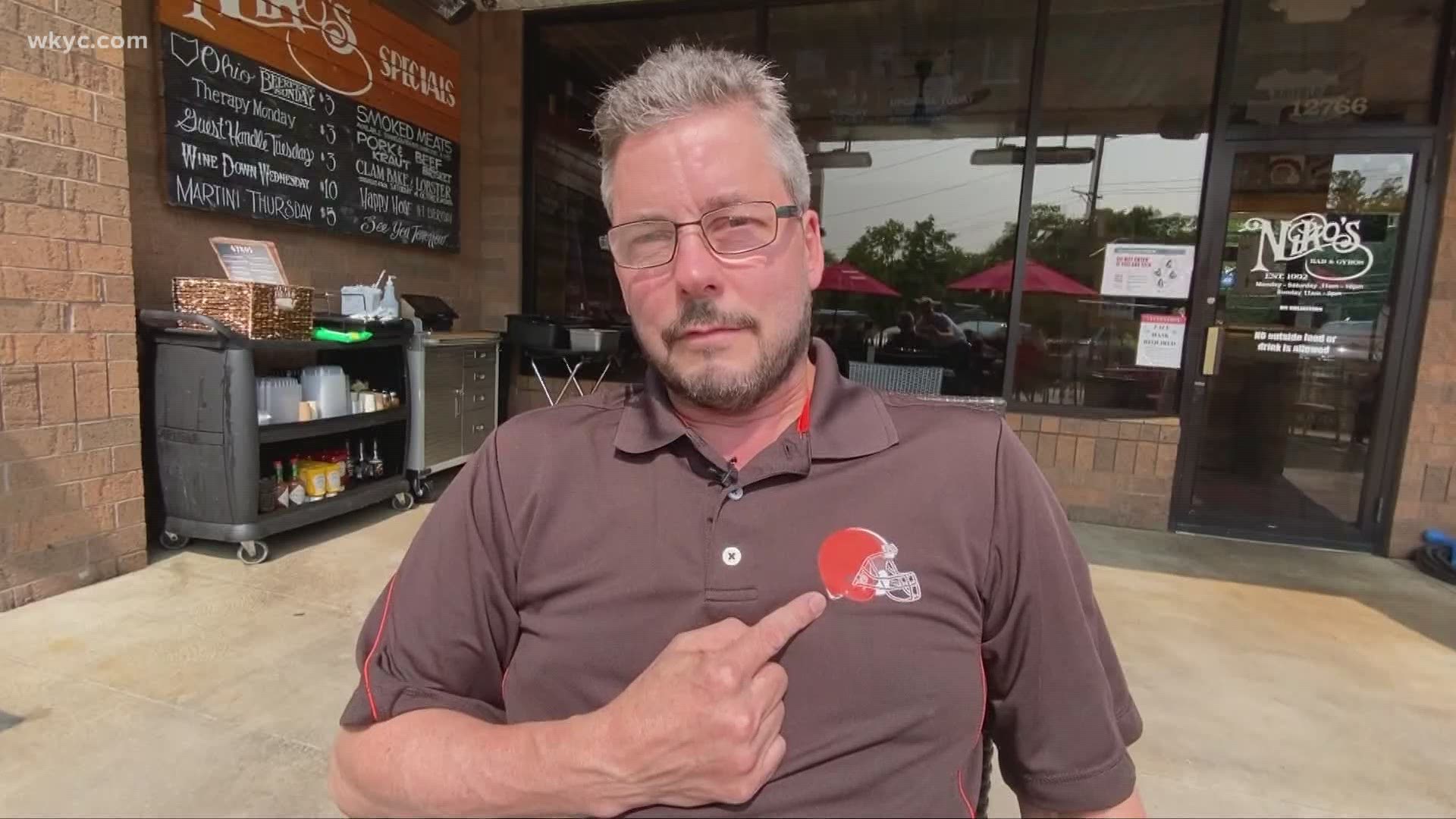 NORTH ROYALTON, Ohio — If a Steelers fan walked into Niko's Bar and Gyros in North Royalton, they'd quickly realize this is not a bar for them. That's because in big letters plastered on the wall it reads, 'STEELERS FANS PAY DOUBLE' followed by their logo with a big X through it.

But for Browns Backers members like Tim Rudnick, it's their game day home.

The lifelong Browns fan and president of the North Royalton chapter founded the club in 2018 and has since grown to 174 Browns fanatics.

On a typical game day, Niko's would be packed with fans. Because of COVID-19, though, game day will look a little different.

"Usually on game day, all the seats are filled, people are standing and we are really packed in. Right now, that's just an impossibility," said Rudnick.

While different, the North Royalton Browns Backers mission remains the same: Cheer for the Browns and give back to charity.

"Its really given us an opportunity, a vehicle, to really get involved here," said Rudnick. "There's nothing more rewarding."

Those efforts got them top prize last year, being named 2019 Browns Backer Chapter of the year. It's a title and a mission they are seeking again in 2020, no matter the limitations.