Quarterback Baker Mayfield discussed how the Cleveland Browns' 35-30 win over the Cincinnati Bengals can affect the rest of the team's season. 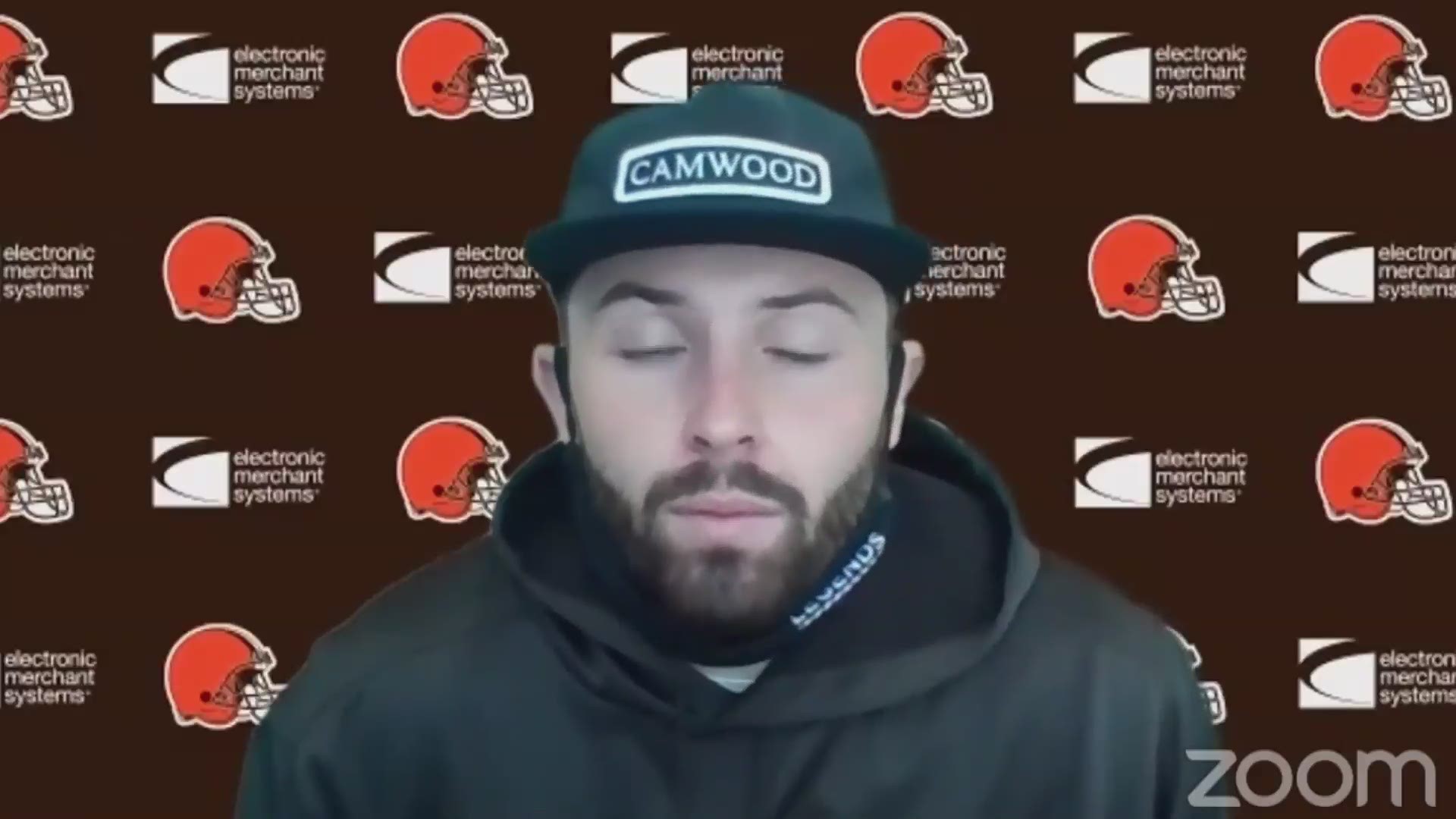 CLEVELAND — Following the Cleveland Browns' 38-6 season-opening loss to the Baltimore Ravens on Sunday, Baker Mayfield insisted that the offseason improvement of his team's offense was real.

"Obviously, there is a ton of room for improvement," Mayfield said. "It is not just false hopes. It is there."

Returning to the field four days later to face the Cincinnati Bengals on Thursday Night Football, the No. 1 pick of the 2018 NFL Draft showed as much.

Completing 16 of his 23 pass attempts for 219 yards, 2 touchdowns and 1 interception, Mayfield played one of his best games in quite some time, while the Browns' two-headed rushing attack of Nick Chubb and Kareem Hunt added 210 yards on the ground and three more scores. The end result was a 35-30 Week 2 win and newfound hope for the remainder of Cleveland's 2020 season.

"It builds an enormous amount of confidence," Mayfield said of the Browns' victory over the Bengals. "With us not having the extended week to prepare, just to come out and execute."

There was a little bit of everything to be found in Cleveland's offense on Thursday, which marked first-year head coach Kevin Stefanski's first true showcase. Early rollouts and easy completions in the passing game helped build confidence for Mayfield, while a dynamic running game helped set up a 43-yard touchdown throw to Odell Beckham Jr. -- when it wasn't reaching the end zone on its own.

"Whatever's called, you go out there and do your job and trust in your system that there's going to be holes if you establish that run game and take care of the ball, you're going to have success," Mayfield said. "I think that's going to build confidence for us."

Asked if Thursday night epitomized what he's looking for in his offense, Stefanski noted the even nature of the team's approach.

“We want to be balanced, but balanced does not always mean 50/50," he said. "I think balance means the threat of the run and pass are there. We were productive tonight. Had a very short we could practice, but we kind of know what our system is and we know we want it to look like. I was proud of the guys and how they responded."

The good news for the Browns is that according to Mayfield, there's also still room for improvement.

"That's the scary part," Mayfield said. "Is if we start clicking and keep playing better, it's going to be a fun ride."