Cleveland Browns Baker Mayfield is active and expected to start against the Pittsburgh Steelers on Sunday. 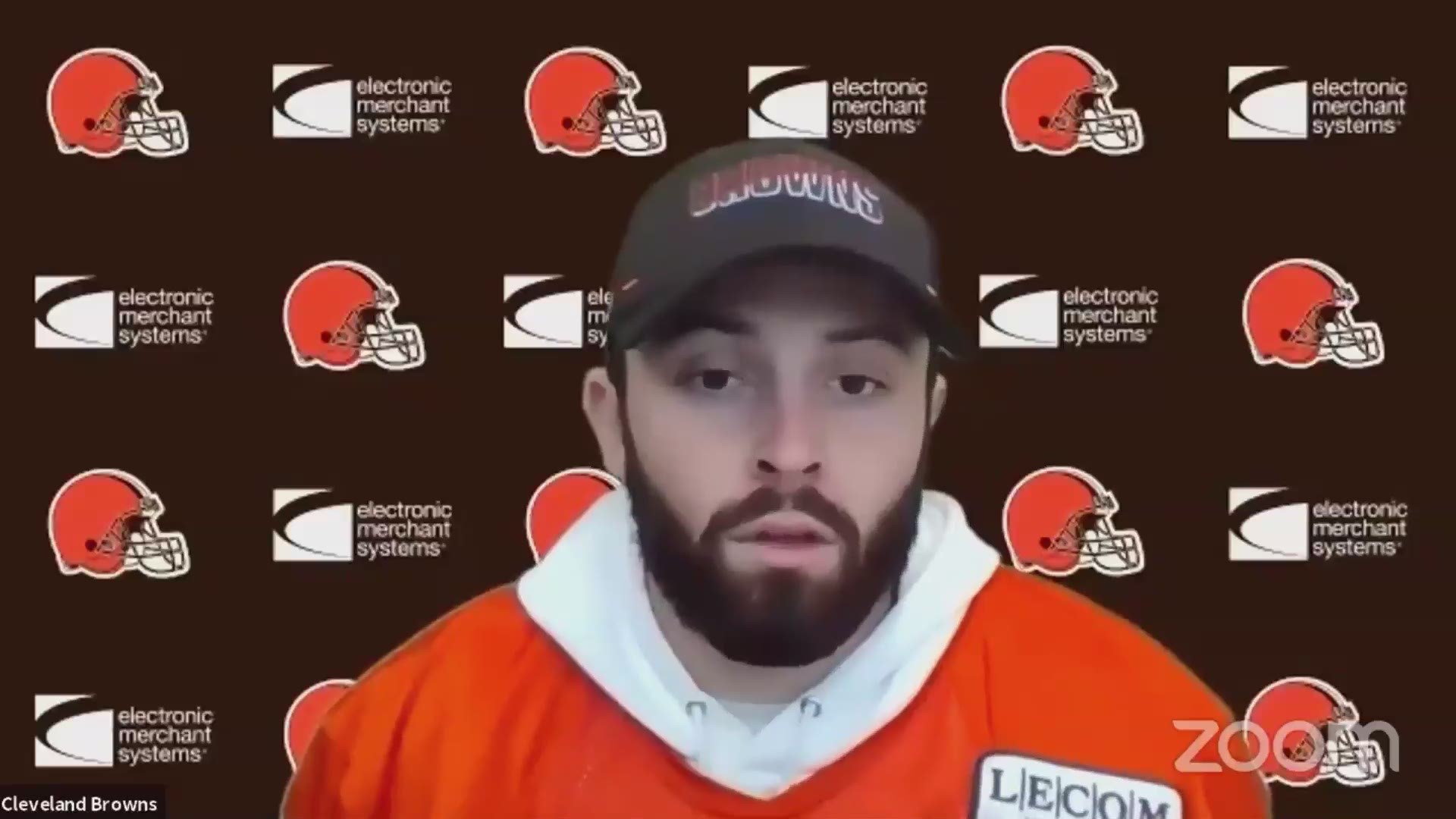 Last week, Cleveland Browns quarterback Baker Mayfield insisted that despite battling a ribs injury, he'd be available to play against the Pittsburgh Steelers on Sunday.

"Oh yeah," Mayfield said after suffering a ribs injury on a hit from defensive end Justin Houston in the Browns' 32-23 Week 5 win over the Indianapolis Colts. "Mama didn't raise no wuss."

It appears Mayfield has made good on his word.

Prior to kickoff of Sunday's Week 6 matchup in Pittsburgh, the Browns announced that Mayfield would be active and expected to start against the Steelers. The No. 1 pick of the 2018 NFL Draft had entered Sunday officially listed as "questionable" after only participating in practice on a limited basis throughout the week, but insisted he'd be good to go come kickoff.

"I am lucky with the way that I landed that it was not directly on my shoulder," Mayfield said describing the injury earlier this week. "I kind of rolled a little bit. Obviously, could have been a lot worse.”

In addition to Mayfield, wide receiver Jarvis Landry is also listed as active and expected to play against the Steelers on Sunday after dealing with a ribs and hip injury throughout the week. Meanwhile, Odell Beckham Jr. was unable to rejoin the Browns on Saturday after receiving a second straight negative COVID-19 test after leaving the team facility with an illness on Thursday.