Cleveland Browns quarterback Baker Mayfield suffered a ribs injury in the team's win over the Indianapolis Colts on Sunday. 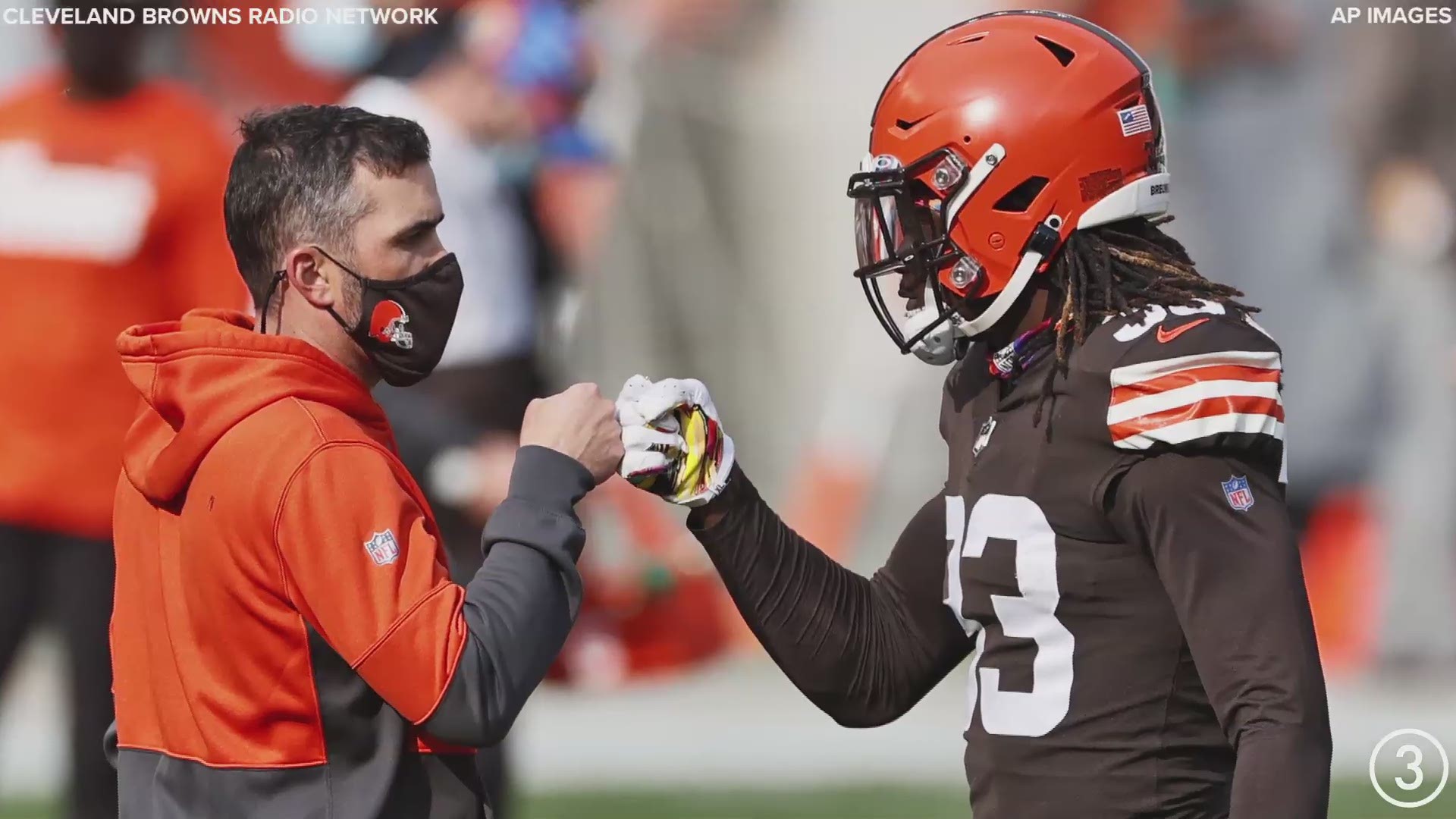 CLEVELAND — Shortly after the Cleveland Browns' 32-23 win over the Indianapolis Colts on Sunday, Baker Mayfield underwent X-rays to examine a ribs injury he suffered in the game.

The results of those X-rays, however, remain unclear.

"I did not stay at a Holiday Inn," Mayfield said. "So I don't know how to read them."

But while the severity of Mayfield's injury has yet to be determined, the No. 1 pick of the 2018 NFL Draft sounded certain that he'd be playing next Sunday when the Browns face the Pittsburgh Steelers at Heinz Field.

Mayfield's confidence that he'll be available to play vs. the Steelers next week is much welcomed by Cleveland fans, who are celebrating the Browns' best start since 1994. Earning its fourth victory in as many games, Cleveland moved to 4-1 on the season -- although the Browns still sit in third place of the AFC North.

The only undefeated team still remaining in Cleveland's division is the Steelers, who moved to 4-0 on Sunday with a 38-29 victory over the Philadelphia Eagles on Sunday. Since taking over as the Browns' starter three games into the 2018 season, Mayfield lays claim to a 1-2 record vs. Pittsburgh and has yet to win at Heinz Field.

Against the Colts on Sunday, Mayfield completed 21 of his 37 pass attempts for 247 yards, two touchdowns and two interceptions. Mayfield suffered the injury after being hit by Indianapolis defensive end Justin Houston on a play that led to his second interception of the game.

After being evaluated in the medical tent, Mayfield returned to participate in the Browns' final drive of the game, failing to complete his only pass attempt. Following the contest, the 2017 Heisman Trophy winner said that Sunday marked his worst performance of the 2020 season, but that it's better to learn after a win than a loss.