The Cleveland Browns will face the Chicago Bears in Week 3 of the 2021 NFL season. 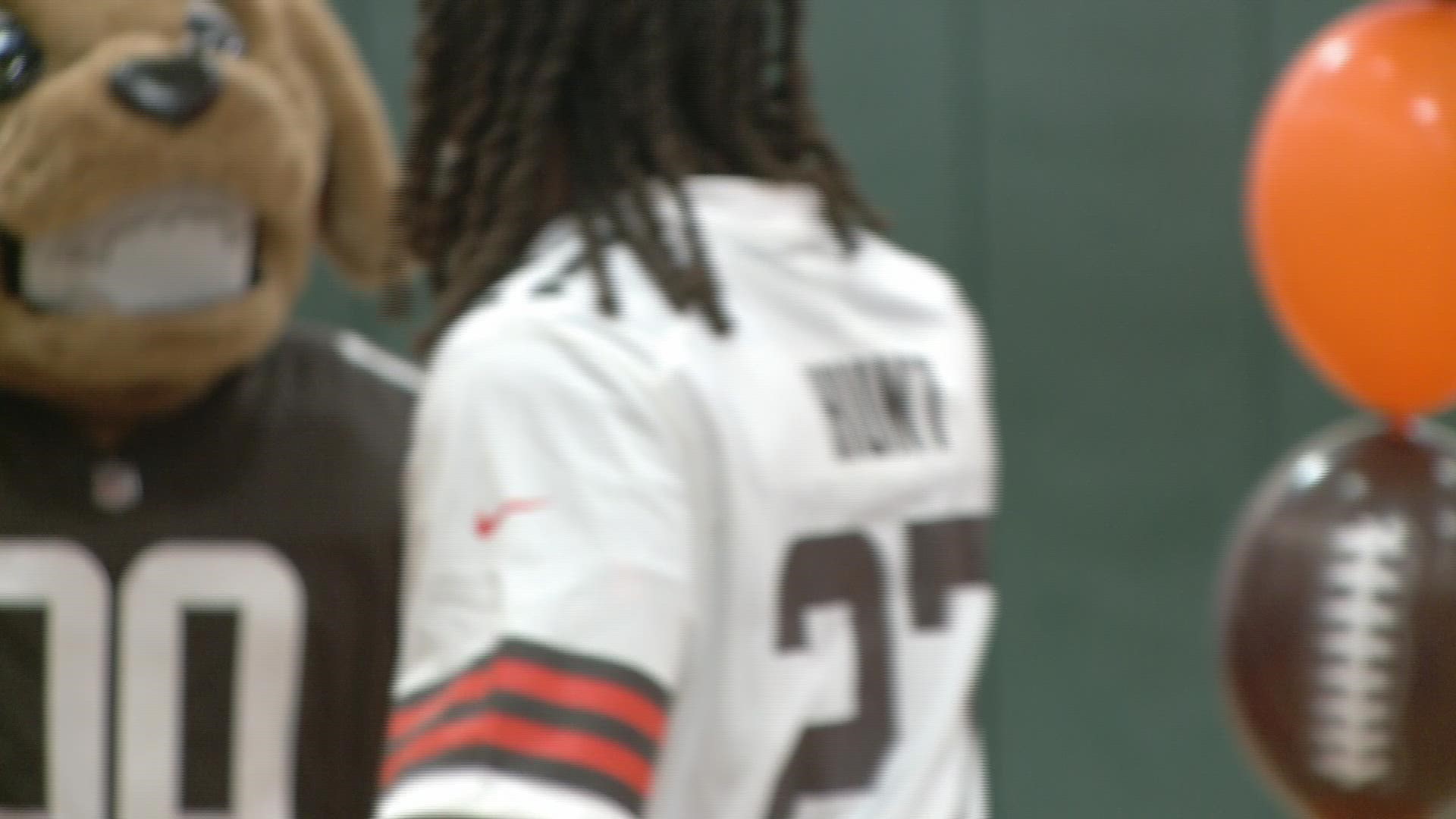 CLEVELAND — *Editor's note: the video in the player above is from a previous story.

One week removed from their 31-21 victory over the Houston Texans (1-1), the Cleveland Browns (1-1) will host the Chicago Bears (1-1) at FirstEnergy Stadium.

What follows is everything you need to know about the Browns' Week 3 matchup:

After beating the Texans in last week's home opener, the Browns once again find themselves in the position of being a betting favorite at FirstEnergy Stadium. This time, Cleveland will be welcoming a 1-1 Bears team, which will be starting a rookie quarterback in Justin Fields with starter Andy Dalton sidelined with a bone bruise in a win over the Cincinnati Bengals last week.

Although Browns wide receiver Jarvis Landry is set to miss at least the next three weeks after being placed on injured reserve with an MCL sprain, Cleveland's wide receiving corps could get a boost from the return of Odell Beckham Jr. After missing the Browns' first two games of the season while continuing to recover from a torn ACL that he suffered last season, the three-time Pro Bowl wide receiver has been full-go in practice this week and appears poised to make his 2021 debut on Sunday.

While Chicago marks a step up in competition from last week, the reality remains that Cleveland remains a touchdown favorite. With a win, the Browns would lay claim to a 2-1 record heading into a two-week road trip vs. the Minnesota Vikings and Los Angeles Chargers.