Browns considered favorites to sign Jadeveon Clowney according to one insider 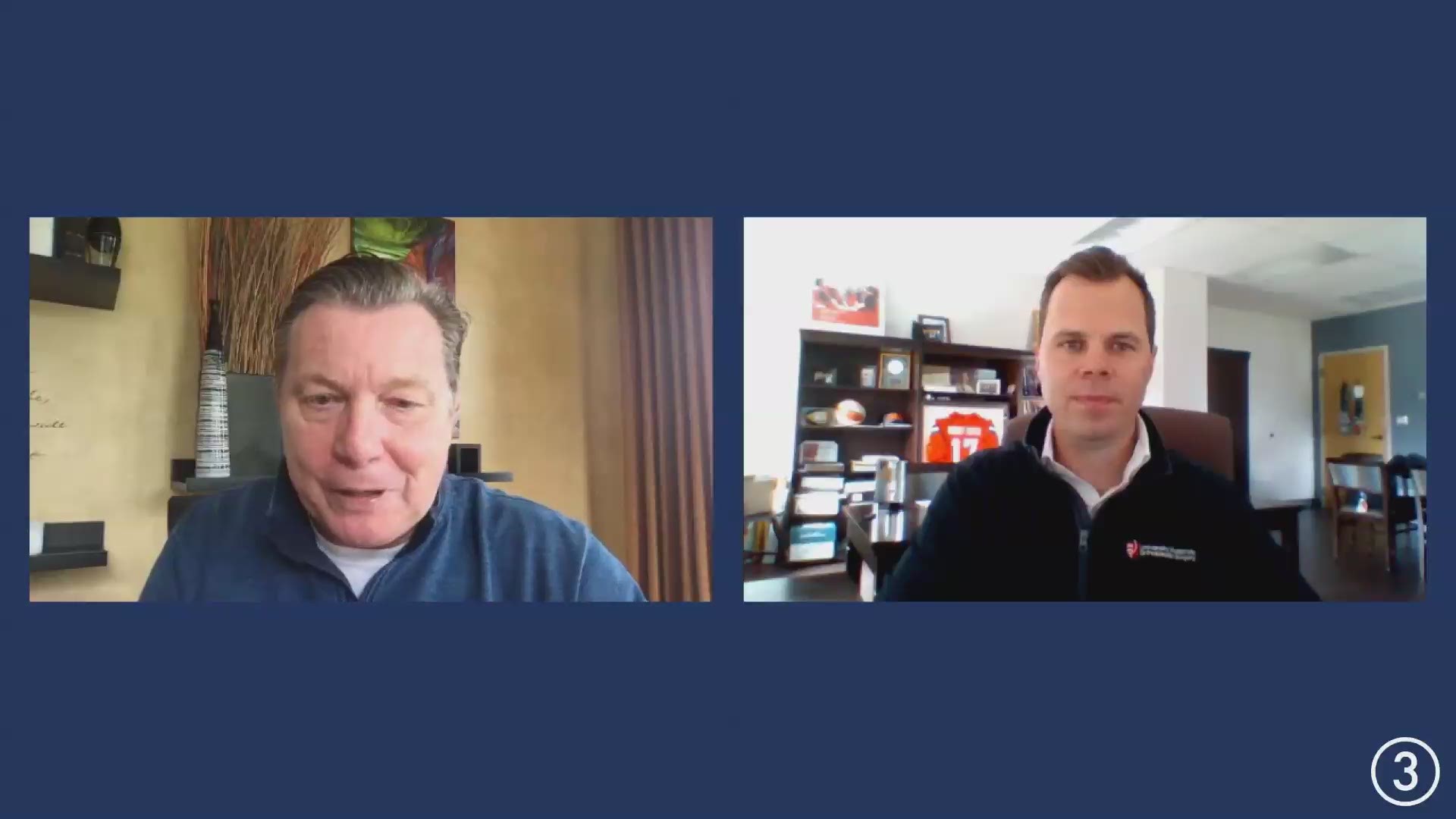 It's been nearly two months since the Cleveland Browns were first linked to Jadeveon Clowney, but to this point, the Pro Bowl defensive end remains unsigned.

Nevertheless, at least one NFL insider believes that Clowney's most likely landing spot remains in Cleveland.

Appearing on The Pat McAfee Show on Monday, Yahoo Sports' Charles Robinson discussed Clowney's status on the open market. And while nothing appears imminent just yet, Robinson said that when considering all the factors at play in Clowney's free agency, it's the Browns who still make the most sense as a suitor.

"I still think it's the Browns, I really do," Robinson said. "The Cleveland Browns are a team that has a ton of cap space. They have Olivier Vernon, who, if they cut Olivier Vernon tomorrow, it's a $15 million cap hold."

Robinson went on to note that from a roster construction standpoint, Clowney could be an ideal fit in Cleveland, where he'd team with Myles Garrett to give the Browns arguably the league's most dynamic pass-rush duo."

"There's another thing about Jadeveon Clowney too and I think the teams that look at him feel this way about him: you want to put him with a set of guys who can sort of be force multipliers," Robinson said. "So you’re sitting there at defensive end saying, ‘There’s Myles Garrett on one end, you put Jadeveon Clowney on the other. Something’s gonna happen here.’ One of these guys is gonna have to get doubled. It’s gonna change the matrix upfront for offensive teams."

As for a timetable between Clowney and Cleveland, Robinson noted that both sides are slow-playing the process and that nothing is expected to happen soon. But while at this point, the No. 1 pick of the 2014 NFL Draft has largely been linked to one-year deals, Robinson believes the Browns would be interested in signing the 27-year-old to a long-term deal.

After spending the first five seasons of his career with the Houston Texans, with whom he earned three Pro Bowl selections, Clowney was traded to the Seattle Seahawks ahead of the 2019 campaign. Appearing in 13 regular-season games, he posted 31 tackles, 3 sacks, 4 forced fumbles and scored two touchdowns, one of which came on a fumble recovery and the other which came on an interception return.

In addition to the Browns, Clowney has been linked to the Tennessee Titans, Baltimore Ravens and Philadelphia Eagles this offseason. Speaking to reporters last month, first-year Browns general manager Andrew Berry declined to discuss any specifics regarding his team's reported pursuit of Clowney.

“We’re actively always looking, whether it’s draft, free agency, trades, waiver wire, you name it, to add players to our roster,” Berry said. "Obviously Jadeveon, he’s a good football player. But for us, it really goes back to something I mentioned maybe a few months ago. Rest assured, across all opportunities to acquire players, we’re going to be aggressive in adding talent to the roster.