Several key members of the Cleveland Browns roster will be healthy and active to face the Dallas Cowboys on Sunday. 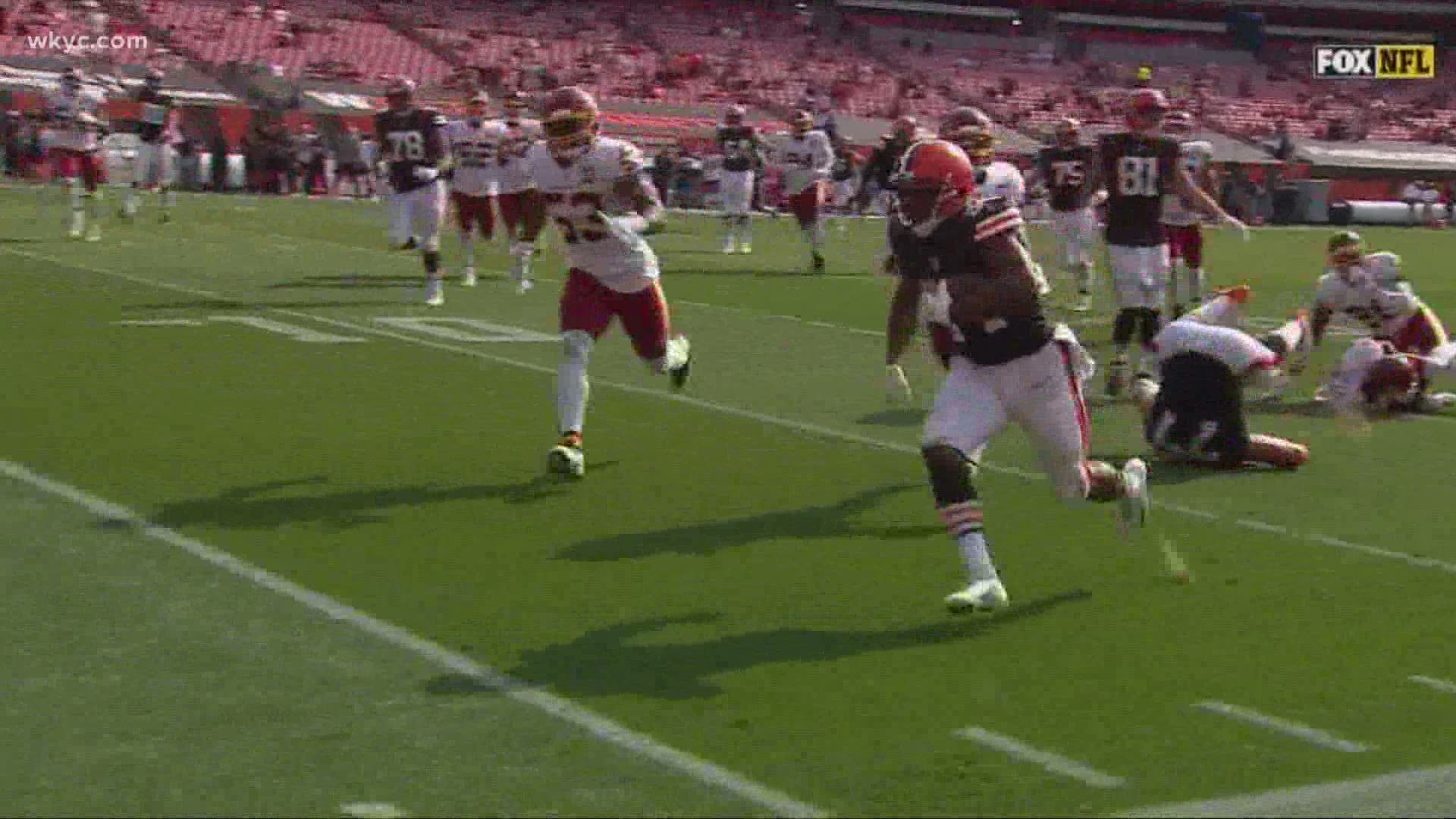 Heading into Sunday's matchup against the Dallas Cowboys, the health of several key members of the Cleveland Browns' roster was in question.

But as kickoff approaches, it appears the Browns will be relatively healthy, with running back Kareem Hunt (groin), cornerback Denzel Ward (groin), defensive end Olivier Vernon (abdomen), guard Joel Bitonio (back) and linebacker Jacob Phillips (knee) all healthy and active to face the Cowboys on Sunday.

Meanwhile, the following Browns players have been listed as inactive vs. Dallas:

Hunt's availability should provide a boost to a Cleveland offense that will be attempting to keep pace with a Cowboys offense that features the likes of quarterback Dak Prescott, running back Ezekiel Elliott and wide receivers Amari Cooper, Michael Gallup and CeeDee Lamb. In three games this season, Hunt has tallied 246 total yards (204 rushing, 42 receiving) and three touchdowns (2 receiving, 1 rushing), as the Browns rushing attack has established itself as one of the best in the NFL.

Meanwhile, Vernon's return to the Cleveland lineup will mark his first appearance this season since the Browns' season-opening loss to the Baltimore Ravens. Vernon's presence could prove especially important on Sunday with Cowboys right tackle La'el Collins ruled out for the remainder of the season after undergoing hip surgery.