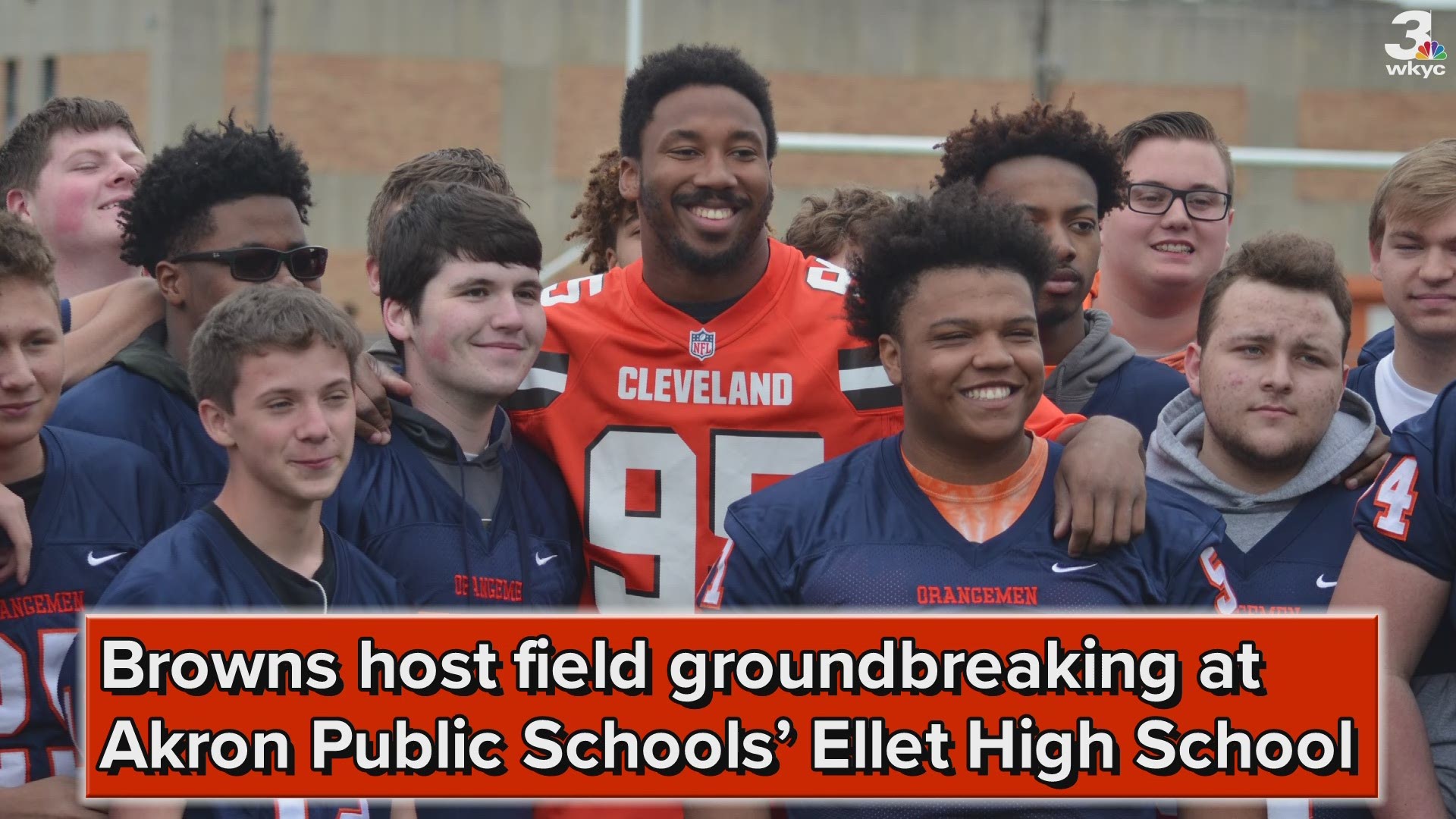 AKRON, Ohio — Cleveland Browns owners Dee and Jimmy Haslam have made it a goal of the organization to support youth football and educational efforts throughout Northeast Ohio, and they made another commitment to the community Tuesday.

Along with members of the Akron Public Schools and Akron Mayor Dan Horrigan, the Browns celebrated the groundbreaking for a new multi-use field at Ellet High School in Akron, and Pro Bowl defensive end Myles Garrett was among the first to throw a shovel into the dirt and get the project started.

“Education was always a pillar, what it meant to me to be a student-athlete, and that was driven into me by my parents when I was younger,” Garrett told reporters following the ceremony.

The multi-use turf is expected to be completed before the start of the 2019 fall sports season, and is the second such field the Browns have broken ground on this offseason. Last week, the Browns broke ground on a turf field at Boys Hope-Girls Hope of Northeastern Ohio.

“This was an outlet for me being a better player, for me to grow up and be a man not only in the classroom, but learn how to have leadership skills, have a better foundation and commitment to something bigger than myself and to play a bigger role in a larger project,” Garrett said while addressing the assembly gathered on the track and the field.

“I want this to be the same way for you all because for me, this was where I could just let loose, where I could have all the feelings and the anxiety that you have as a young high-school student just fall off me, and I could just play and be free.

The field at Ellet High School will be the next in a growing number of facilities the Browns have helped to update in recent years.

Additionally, the Browns have helped renovate Roye Kidd Stadium, James F. Rhodes Stadium and Bump Taylor Field, as well as update the fields at John Adams and John Marshall high schools. All five of those schools are within the Cleveland Metropolitan School District.

“I want to encourage y’all to just set higher goals for yourselves, not only on the field, but in the classroom and to just raise each other up because it starts with one, and then, there’s a domino effect for each and every one of you,” Garrett said.