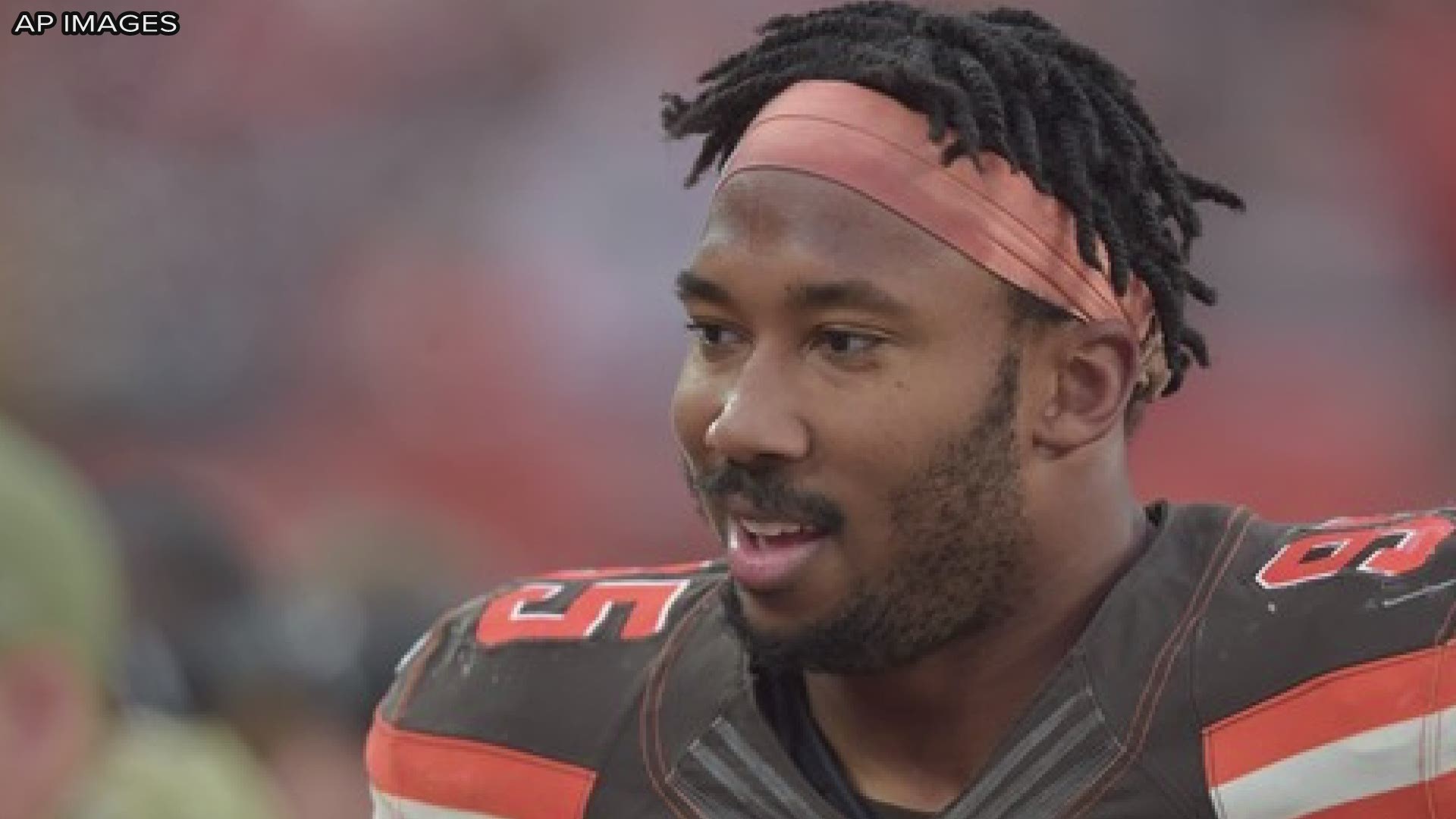 CLEVELAND — As demonstrations, protests and in some cases, riots, have broken out across the country following the killing of a Minneapolis man named George Floyd, Cleveland Browns defensive end Myles Garrett has taken to social media to share his thoughts on the matter.

In a lengthy message posted on Twitter, Garrett expressed sorrow for Floyd, a black man who died while being arrested last Monday.

He also noted that this was an example of the type of racial injustice that former San Francisco 49ers quarterback Colin Kaepernick was trying to draw attention to when he knelt during the national anthem as a silent form of protest in 2016.

“We are all aware of the aftershocks of the death of George Floyd. It has dominated the news cycle for this week and will continue to, as it should," Garrett wrote. "Another defenseless man of color has been killed recently on film and other than the man who kneeled on his neck, none of the other officers have been charged when they were clearly accomplices to the murder of that man. They will most likely be terminated or placed on leave without pay just to either return to their jobs there or somewhere else, while Floyd’s family has to pick up the pieces. This is weekly if not daily that things of this nature happen and only now that it is being captured by clear video can people begin to understand what goes on.

"So much was made out of [Colin] Kaepernick kneeling, yet this is what he was kneeling for while he was being criticized and now ostracized for his opinion. That wasn’t and isn’t right. This has been years in the making and has lead to a build up of motions. People are fed up and are ready to have their voices HEARD. Heard by those who sit idly while this goes on and don’t listen to the voices of the scarred."

The 24-year-old Garrett went on to discuss the protests that have occurred nationwide, including in Cleveland, where a protest that was initially peaceful ultimately resulted in people vandalizing and looting local businesses on Saturday. And while the 2018 Pro Bowl selection said he doesn't agree with looting and damaging properties, he also said he doesn't agree with the "when the looting starts, the shooting starts" mentality that was shared by President Donald Trump last week.

"There are more and more instances of men and women of all colors moving together to protest peacefully through the streets," Garrett wrote. "In some cities it is being met with patience and understanding and in others it is being met with violence sparking the same reaction out of protestors. I don’t agree with the looting and destroying of local businesses, but I also don’t agree with the violence towards those peacefully protesting and the mentality of ‘they loot, we shoot.’ Change isn’t always a clean process and we are going through it together. That’s the only way it will change. I refuse to say all cops are bad cause that isn’t true, but a checks and balances system that we can agree on is long overdue.

The No. 1 pick of the 2017 NFL Draft, Garrett is entering his fourth season with the Browns.