According to center JC Tretter, the Cleveland Browns facility is likely to remain closed on Wednesday for COVID-19 contact tracing. 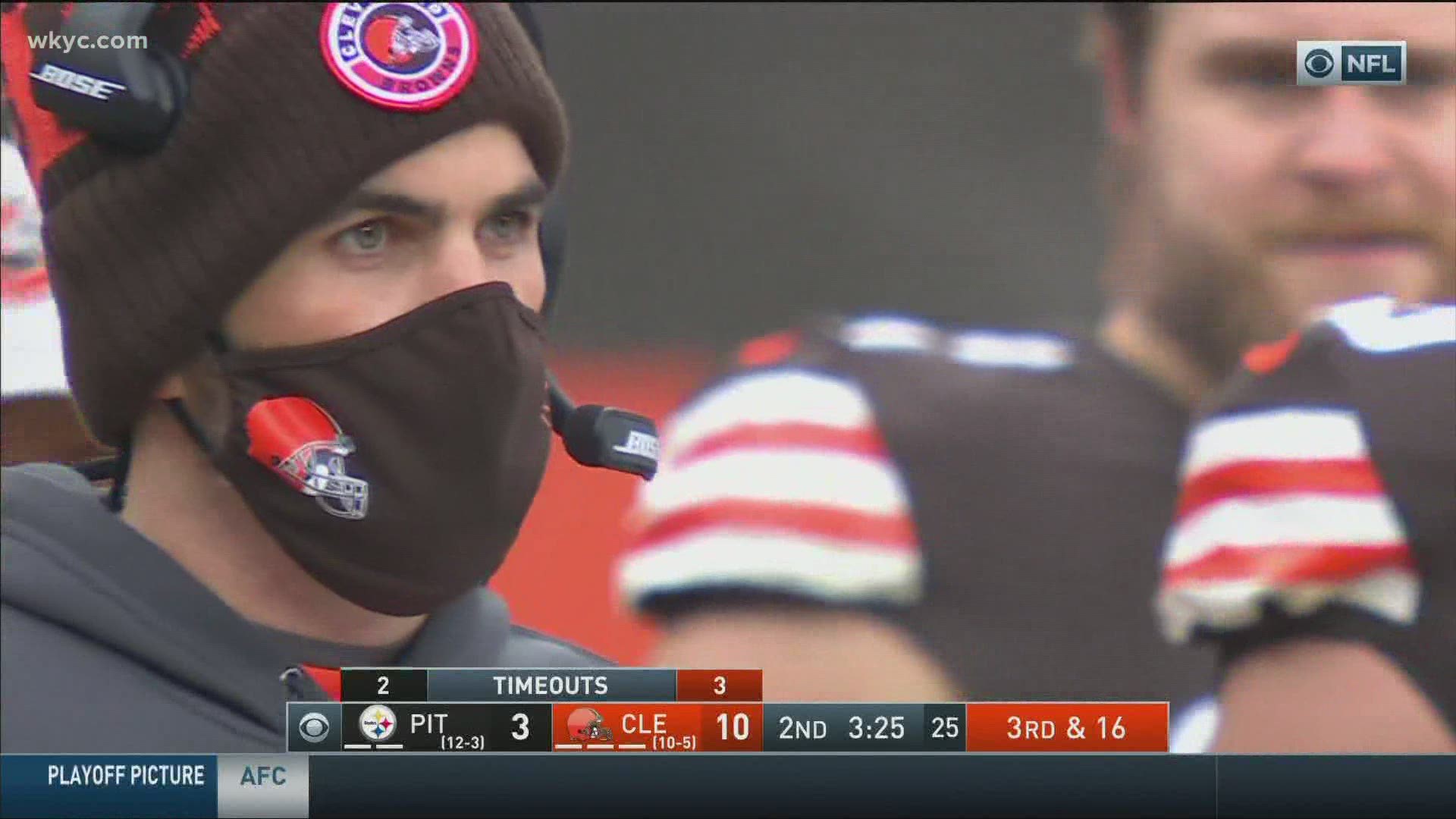 With their first playoff game in 18 years looming, it appears the Cleveland Browns will have to wait at least another day to get back on the practice field.

Appearing on an NFLPA Zoom call on Tuesday, Browns center and NFLPA President JC Tretter said he expected the team's facility to remain closed on Wednesday as it continues to conduct coronavirus (COVID-19) contact tracing.

"We have more work to do tracing and figuring out where the virus is coming from and how to move forward," Tretter said according to CBS Sports' Jonathan Jones. "We don't have all those answers yet. It’s still fairly early in the day."

Earlier on Tuesday, the Browns announced that head coach Kevin Stefanski, as well as two other coaches, and two players had tested positive for the coronavirus and will miss this weekend's Wild Card round game against the Pittsburgh Steelers. Stefanski, the two assistant coaches and the two players -- reported to be guard Joel Bitonio and wide receiver KhaDarel Hodge -- will miss this Sunday's Wild Card round matchup against the Pittsburgh Steelers.

With the Browns unlikely to practice on Wednesday, this marks the second consecutive week that Cleveland will have lost playing time as a result of COVID-19. Entering last weekend's playoff-clinching 24-22 victory over the Steelers, the Browns had placed six players on the league's reserve/COVID-19 list, including star cornerback Denzel Ward.

It remains unknown whether Ward or any of the other players who missed Sunday's win will be available to play against Pittsburgh this weekend.