Cleveland Browns head coach Freddie Kitchens: 'If you're looking to blame somebody, blame me' 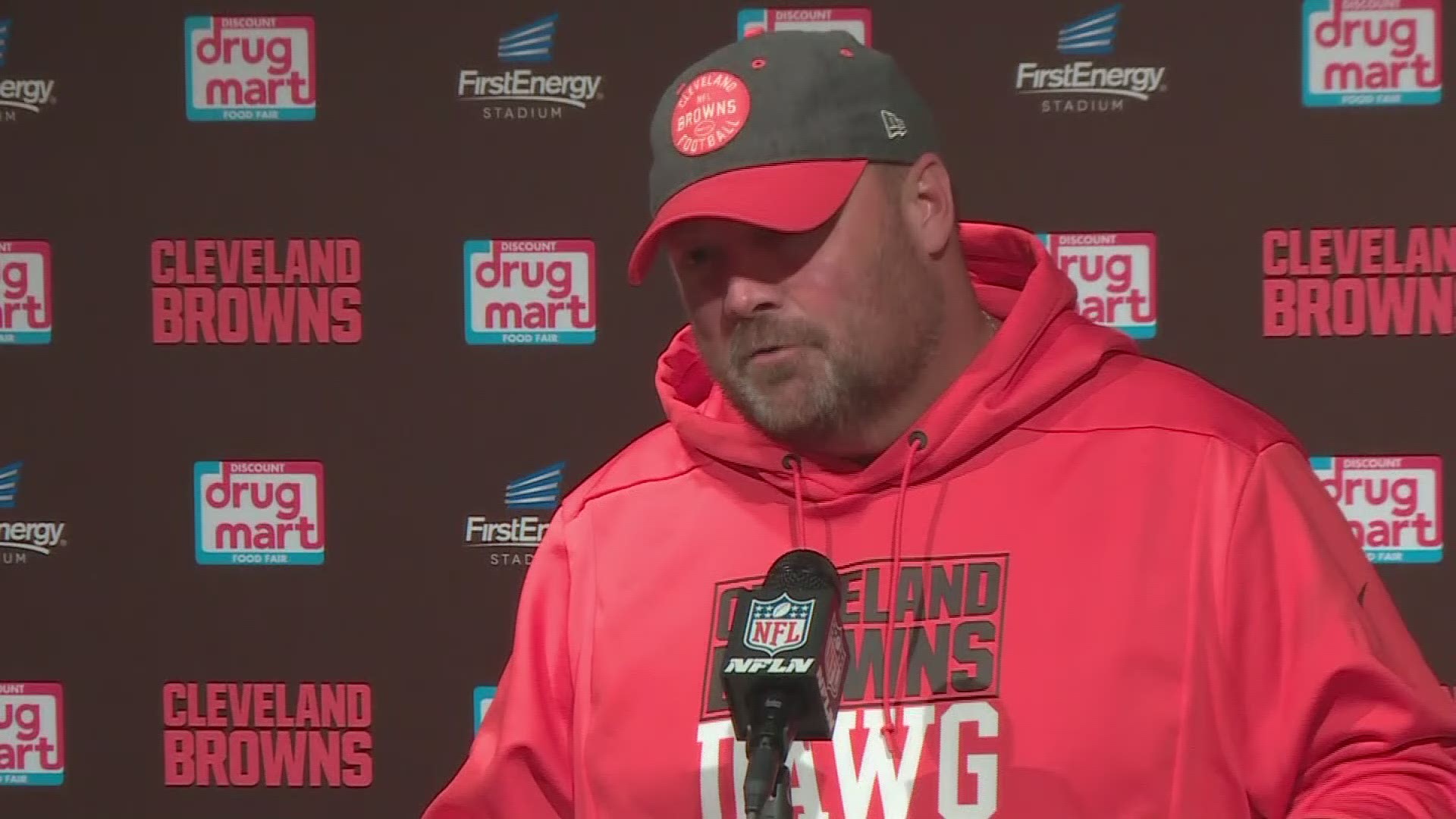 CLEVELAND — As his postgame press conference began to more resemble a grilling than it did a Q&A, Freddie Kitchens seemed to reach his boiling point.

"If you're looking to blame somebody, blame me," Kitchens relented following the Cleveland Browns' 20-13 loss to the Los Angeles Rams. "Don't blame any of our players, don't blame any of our other coaches. Just blame me because I can take it. Just go blame me and write your articles saying I messed the game up. Write your article and say it's my fault that things aren't looking like they did last year. 'Cause it is."

Social media was already way ahead of the Browns' head coach.

Even before the fourth quarter came to an end on Sunday, the Twitterverse had taken aim at Kitchens, who is in his first season as Cleveland's head coach.

The chief complaints regarding the former interim offensive coordinator centered on his play-calling, including a controversial 4th-and-9 draw play with more than nine minutes remaining in the fourth quarter and the Browns' failed trip inside the Rams' 5-yard line, which ultimately sealed the game.

Asked specifically about his thinking in both instances, Kitchens did his best to offer explanations.

"Bad call," Kitchens said, confirming that he was the one who called the play on the Rams' 40-yard line with Cleveland trailing 17-13.

"It just didn't work. It was a bad call... We're trying to win the game and we're on their side of the field. Bad call."

On the Browns' play-calling at the end of the game, in which quarterback Baker Mayfield threw four straight incompletions from Los Angeles' 5-yard line:

"I should have run it one time. I should have. That's what I'm kicking myself in the ass for."

The former Alabama quarterback also added: "I didn't do a good job at the end of the game."

Although Mayfield did his best to deflect blame from his head coach -- "execution's the most important thing," the second-year signal-caller said -- Kitchens seemed to be aware he was taking the brunt of the criticism for Cleveland's 1-2 start to the 2019 season.

Following last season's 7-8-1 record and the offseason acquisition of star receiver Odell Beckham Jr., the Browns entered the year as one of the NFL's most highly touted teams, only to have shown little signs of being worth the hype through the first three weeks.

The season, of course, is still young and plenty can change between now and the end of a schedule that gets a lot easier in November and December. For now, the Browns head to Baltimore next week for a matchup with the Ravens in which a share of first place in the AFC North will be on the line, but still facing plenty of questions, which starts with their head coach's play-calling.