The Cleveland Browns moved to 2-0 on the preseason with a 17-13 victory over the New York Giants. 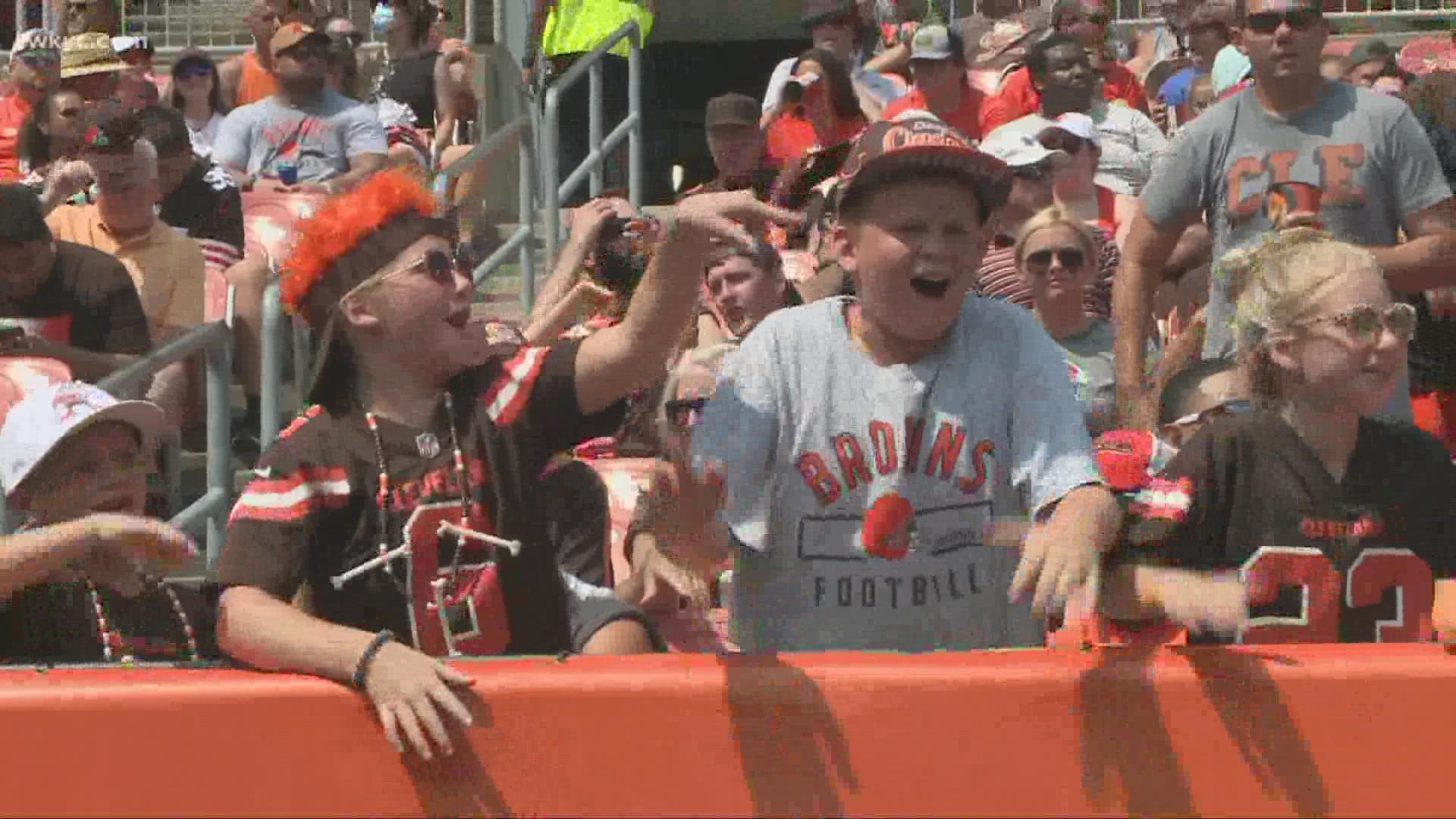 Their performance wasn't pretty. But as far as their 2021 preseason record is concerned, the Cleveland Browns remained perfect.

Without the vast majority of their starters and key contributors in the lineup, the Cleveland Browns beat the New York Giants 17-13 in Week 2 of the NFL preseason at FirstEnergy Stadium on Sunday. Reserve running back John Kelly led Cleveland with 79 total yards (58 rushing, 21 receiving) and reached the end zone on a five-yard touchdown run in the third quarter, which proved to be the game's go-ahead score.

With the win, the Browns enter next weekend's preseason finale at the Atlanta Falcons with a 2-0 preseason record. What follows is a running live blog of Sunday's win, complete with highlights and analysis.

End of game: Browns 17, Giants 13: Brian Lewerke finds Rysen John for a 29-yard gain but the Giants' final drive of the game proves ill-fated when Richard LeCounte III clinches the game with an interception in the end zone as time expired.

11:05: Browns 14, Giants 7: Kyle Laulette overthrows a wide-open Davion Davis on 3rd-and-11. The Giants take over at their own 28-yard line following a 51-yard Jamie Gillan punt.

13:33: Browns 14, Giants 7: Brian Lewerke finds Dante Sills for a 19-yard gain but Browns defensive tackle Malik McDowell disrupts the Giants' drive with a pressure and sack on consecutive plays. The Browns take over at their own 9-yard line following a punt.

7:16: Browns 14, Giants 7: Corey Clement picks up a 13-yard gain but the Giants' drive stalls after four plays. The Browns take back over at their own 21-yard line following a punt.

9:52: Browns 14, Giants 7: Kyle Lauletta hits Johnny Stanton IV on a pair of passes for 14 yards and 19 passes to move down the field. John Kelly adds 18 yards on a run and caps the drive with a 5-yard touchdown rush.

12:05: Browns 7, Giants 7: Brian Lewerke in at quarterback for the Giants. New York turns a three-and-out with the Browns taking over at their own 44-yard line following a Riley Dixon punt.

End of quarter: Browns 7, Giants 7: Kyle Lauletta in at quarterback for the Browns. He puts together a 12-play, 69-yard drive that comes to an end with a 32-yard scramble and fumble as the first-half play clock comes to an end.

1:50: Browns 7, Giants 7: New York puts together a clock-eating seven-play drive that stalls at the 50-yard line when Corey Clement takes a 1-yard loss on third-and-four. The Browns take over at their 12-yard line just inside of the two-minute warning.

5:57: Browns 7, Giants 7: After a Giants 3-and-out, the Browns turn in one of their own with Carter Coughlin sacking Case Keenum on 3rd and 5. New York takes over at its own 24-yard line following a 40-yard Jamie Gillan punt.

8:17: Browns 7, Giants 7: Giants go three-and-out and the Browns take back over at their own 40-yard line following an 11-yard punt return by JoJo Natson.

9:55: Browns 7, Giants 7: The Browns put together a strong offensive drive but it ends when Case Keenum throws an interception in the end zone to Quincy Wilson. Giants take over at their own 15-yard line following the turnover.

12:52: Giants 0, Browns 0: The Giants win the coin toss and elect to receive to start the game. New York finds some early success rushing the ball, but is ultimately forced to punt when quarterback Mike Glennon is unable to convert a 3rd and 4. Cleveland takes over at its own 19-yard line following a 10-yard punt return by Demetric Felton.