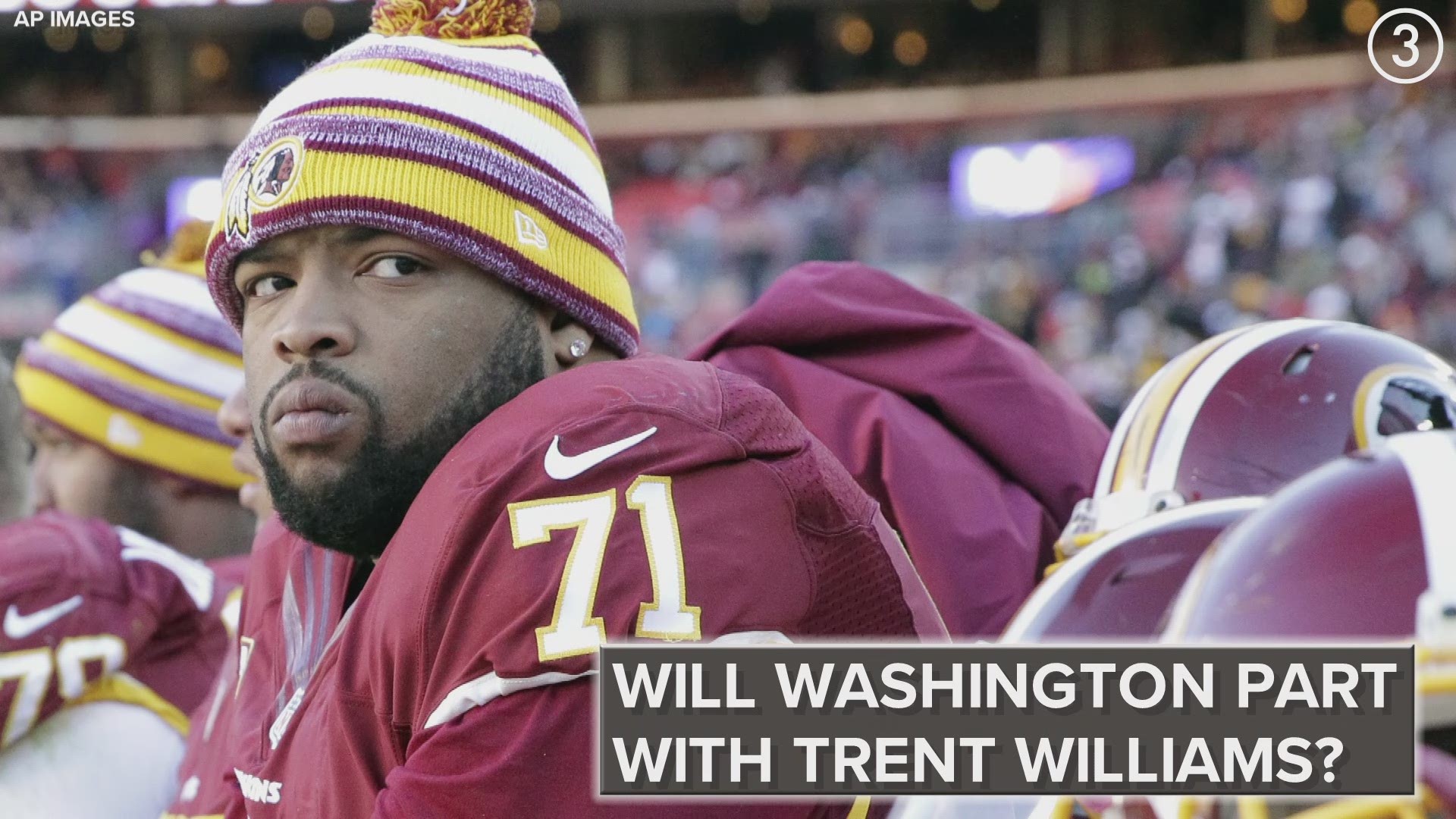 "We've had a few conversations," Dorsey said. "Anything you want me to pass on to him?"

But perhaps Dorsey's most telling comment came when a reporter took him up on his offer, suggesting to the general manager that he inquire about the status of Williams.

"It takes two to tango," Dorsey said as he left the podium.

Dorsey's assessment of his conversations with Allen seems to fall in line with Washington's stance on Williams, who hasn't reported to the franchise since the end of the 2018 season. Following a health scare that included having a growth on his head surgically removed, the 7-time Pro Bowl left tackle has asked to either be traded by the Redskins or for a new contract.

Credit: AP
FILE - In this Sept. 9, 2018, file photo, Washington Redskins offensive tackle Trent Williams (71) is shown in action during an NFL football game against the Arizona Cardinals, in Glendale, Ariz. Fans worry that the summer rite in the NFL, training camp holdouts, won’t affect their team’s chances for a championship. This year’s crop of no-shows includes an All-Pro receiver, the Saints’ Michael Thomas; a standout offensive tackle who might be the key to the Redskins’ offense, Trent Williams; and budding stars DEs Jadeveon Clowney of the Texans, Yannick Ngakoue of the Jaguars, and RB Melvin Gordon of the Chargers. (AP Photo/Rick Scuteri, File)

RELATED: There’s no rest for the weary and worried Cleveland Browns fan — Bud Shaw’s You Said It

Thus far, Washington has appeared unwilling to deal Williams and even turned down an offer from the New England Patriots that included a first-round pick in August, according to NBC Sports Washington. And while it's possible the Redskins may have since softened their stance following a 1-5 start to the season, Dorsey's comments on Wednesday would seem to indicate that's not the case.

That, however, likely won't stop Dorsey from trying given the shaky play of the Browns offensive line through the first six weeks of the season, in which Cleveland has amassed a disappointing 2-4 record. Asked individually about starting left tackle Greg Robinson and right tackle Chris Hubbard, Dorsey said he would like to see both players play more consistently than they have to this point in the season.

As for what acquiring the 31-year-old Williams would cost Cleveland, both in terms of assets and potentially a new contract, that remains unclear. But it's worth noting that when he was questioned about potentially pulling off another blockbuster move, Dorsey replied: "We still have the flexibility to do a lot of different things."