Cleveland Browns wide receiver Jarvis Landry made one of the best catches of the season vs. the Indianapolis Colts on Sunday. 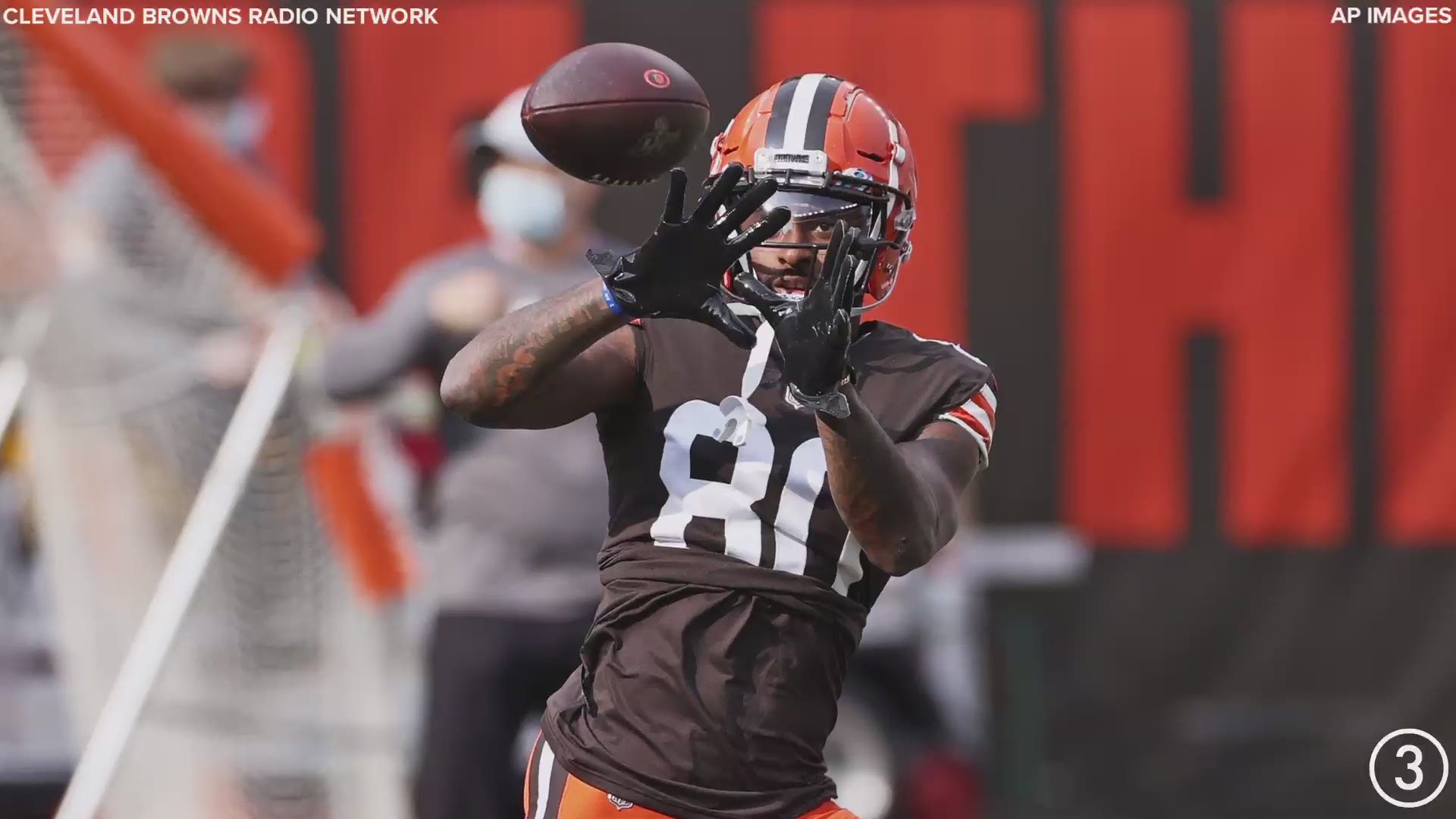 CLEVELAND — After making his first catch of the day vs. the Indianapolis Colts on Sunday, Cleveland Browns wide receiver Jarvis Landry briefly left the field with an apparent injury.

Fortunately for the Browns -- and football fans everywhere -- Landry was able to return and quickly turned in one of the best catches we've seen this season.

With Cleveland facing a 2nd and 4 from its own 25-yard line, Browns quarterback Baker Mayfield rolled out on a play-action fake and locked in on Landry, who has been one of his favorite targets over the course of the past three years. And despite the 5-time Pro Bowl receiver being covered by Bobby Okereke, Landry managed to make the catch anyways -- doing so by reaching over the Indianapolis linebacker.

Landry's 18-yard catch helped extend what was ultimately a 14-play, 81-yard drive that ended with running back Kareem Hunt catching a 2-yard touchdown pass from Baker Mayfield. Hunt's touchdown haul -- which marked his third touchdown catch of the season -- gave the Browns a 10-7 lead over the Colts after Cody Parkey converted on the ensuing extra-point kick.