Would a Julio Jones trade make sense for the Cleveland Browns?

Julio Jones wants to be traded from the Atlanta Falcons. Would the Cleveland Browns make sense as a potential suitor? 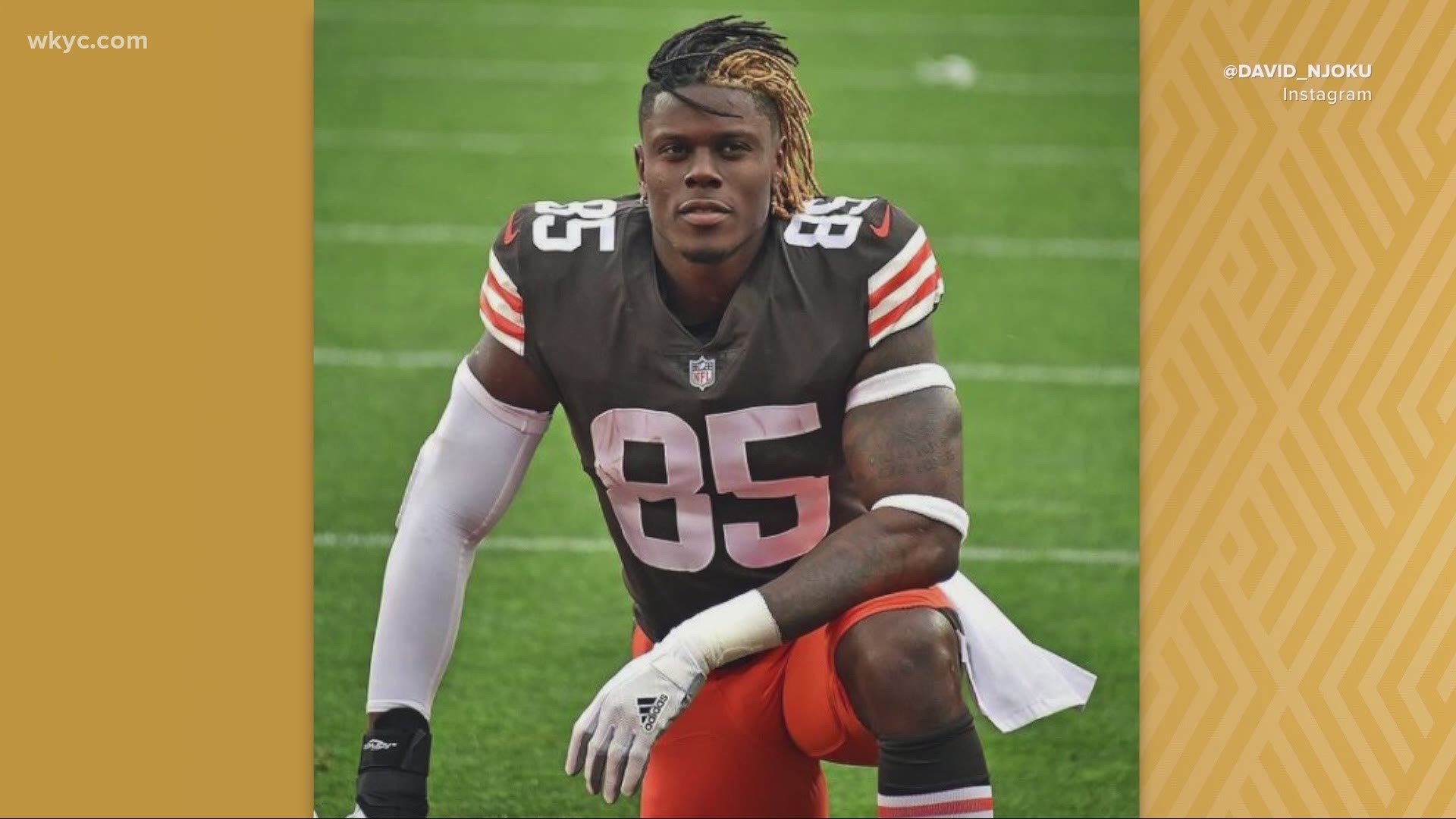 It was 10 years ago that the Cleveland Browns traded the Atlanta Falcons the No. 6 pick in the 2011 NFL Draft, which they used to select Julio Jones.

At this point, everybody knows how the deal worked out for both sides. But in case you don't, here's a reminder.

While Jones compiled a Hall of Fame-caliber career in Atlanta, amassing seven Pro Bowl selections and five All-Pro selections in 10 seasons, the Browns spent the better part of the 2010s as the laughing stock of the NFL. From 2011-2019, Cleveland tallied a 38-107-1 record -- the worst mark in the league in that span.

Yet as Jones enters his 11th NFL season, the Browns' status as a league cellar-dweller has shifted. What's more is that the 32-year-old wide receiver's time with the Falcons appears to have come to an end, as evidenced by comments he made while appearing on Fox Sports' "Undisputed" on Monday.

This is huge: Shannon Sharpe called Julio Jones live on @undisputed: Julio said he's "out of there" when asked if he wants to stay in Atlanta. He also said he doesn't want to go to the Cowboys. "I want to win."

Holy cow. I don't think he knew he was live. pic.twitter.com/5D8cXjclQt

Merely a year ago, the idea of Jones wanting to win and a hypothetical trade to Cleveland would have seemed like incompatible ideas. But with the Browns coming off an 11-5 regular season and their first playoff victory since the 1994 season, there are crazier destinations for the two-time receiving yards leader than Cleveland.

Just how likely is it that Jones could wind up playing for the team that traded away the draft pick that was used to take him a decade ago? Let's take a look.

The case for it

While Browns general manager Andrew Berry has spent the bulk of this offseason improving his team's defense, one of Cleveland's few offensive needs comes at the wide receiver position. And although the Browns did use a third-round pick on Auburn speedster Anthony Schwartz, Berry has done little else to improve quarterback Baker Mayfield's supporting cast ahead of the 2021 campaign.

Acquiring Jones would certainly change that and could potentially give Cleveland one of the most dynamic receiving corps in the NFL. With Jones and Odell Beckham Jr. on the outside and Jarvis Landry in the slot, opposing defenses would have to pick their poison against an offense that also features arguably the best offensive line and running back duo in the league.

Furthermore, the Browns are one of just eight teams with enough cap space to absorb Jones' $15.3 million salary for 2021 without having to move around any other parts of their roster.

While Berry would likely prefer to maintain Cleveland's current salary cap flexibility, the reality remains that the Browns are in a win-now window. And if Cleveland is going to keep pace with the likes of the Kansas City Chiefs and Buffalo Bills, it could certainly stand to add more offensive firepower and it would be tough to argue that Jones wouldn't provide just that.

The case against it

While the Browns have the cap space to acquire Jones outright, doing so would come at a cost. Adding the Alabama product's salary would leave Cleveland with just over $2 million in cap space, which could have a significant impact on the Browns' long-term roster construction.

With Mayfield, Denzel Ward, Nick Chubb and Wyatt Teller all eligible for extensions, Cleveland could use all of the cap flexibility it can get. That was the impetus behind the Browns' decision to cut defensive tackle Sheldon Richardson, in a move that saved Cleveland $11 million in cap space.

Cap space isn't all that acquiring Jones would cost the Browns, who would likely have to trade at least a second-round pick to Atlanta in a potential deal. Such draft picks will only become more valuable to Cleveland in the coming years as its salary cap becomes more crowded with high-figure extensions.

And while there's no denying Jones' ability or resume, it's fair to question his overall fit with the Browns, who are already paying big salaries to Beckham and Landry. And after appearing in just nine games in 2020 due to injury, it's also fair to wonder how much Jones has left in the tank.

Like any potential trade, whether or not acquiring Jones would make sense for Cleveland is largely of matter of what it would cost. As currently constructed, giving up a high draft pick and taking on Jones' salary likely wouldn't make sense unless the Browns feel he's truly the final piece that would help them close the gap on the Chiefs and Bills in the AFC.

Circumstances, however, can change it remains to be seen what type of trade market Atlanta will find for its 32-year-old wide receiver. And if winning is truly Jones' top priority, perhaps it's not out of the question that he'd be willing to rework his remaining contract to help make that happen.

But outside of such a shift, it's hard to imagine a Jones-to-the-Browns deal actually coming to fruition. But that fact that such a hypothetical can now be entertained just goes to show how much has changed since Cleveland traded away its right to draft the future Hall of Fame receiver.