Nick Chubb gave the Cleveland Browns a 10-0 lead with a 9-yard rushing touchdown vs. the Houston Texans on Sunday. 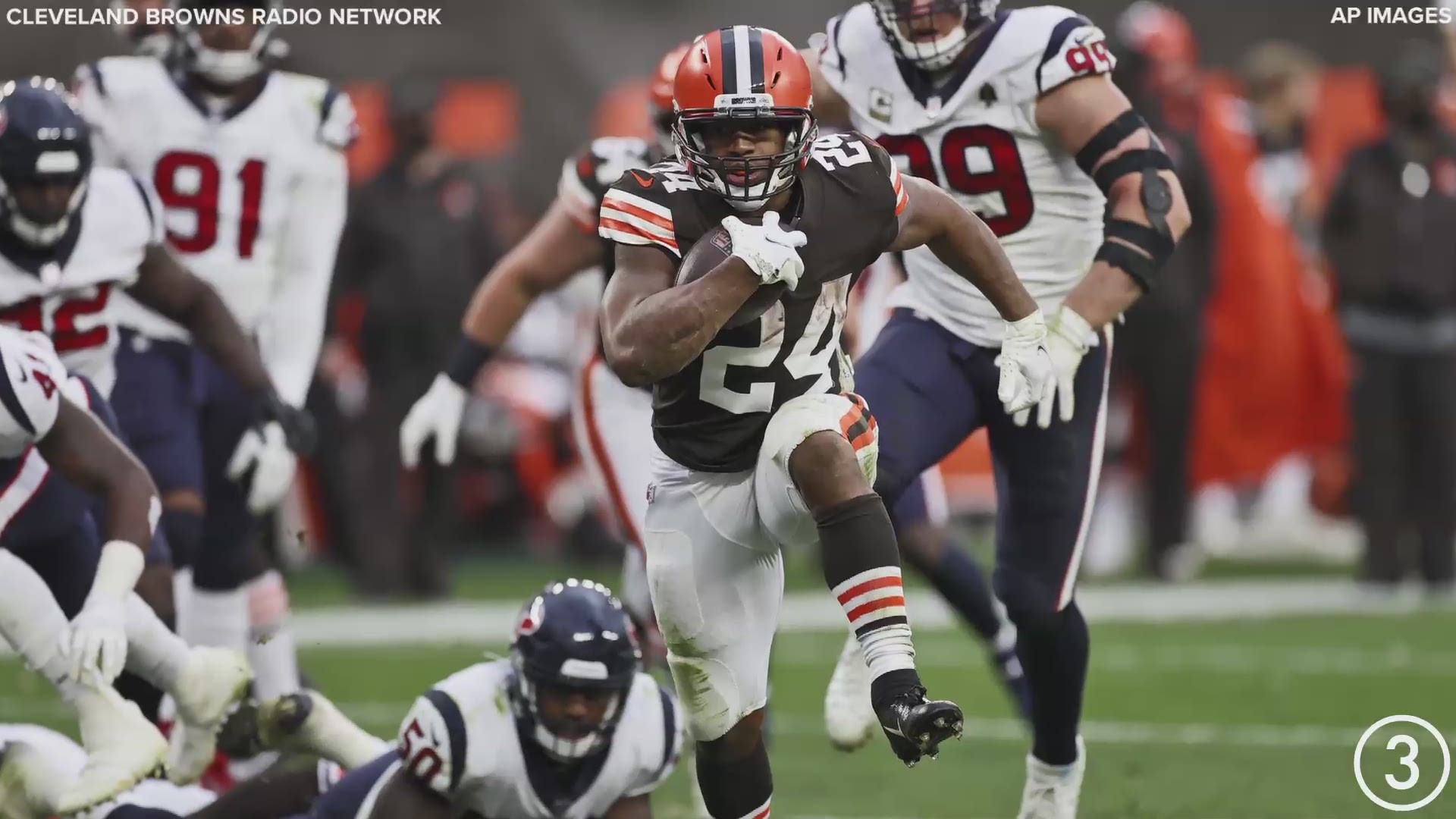 CLEVELAND — Having missed the past four games due to a sprained MCL, Nick Chubb made his return to the Cleveland Browns lineup on Sunday.

It couldn't have come at a better time.

With windy conditions limiting both teams' ability to throw the ball, both the Browns and Houston Texans found themselves relying on their ground games during their Week 10 matchup. And thanks to the big play ability of Chubb, that advantage went to Cleveland, as Chubb's nine-yard touchdown run with 13:32 remaining in the game gave the Browns a 10-0 lead in the final quarter of the contest.

Chubb's touchdown, which marked the first since his return to the Cleveland lineup, came toward the end of a game that was initially delayed by 35 minutes to a storm. While the rain ultimately passed throwing downtown Cleveland, the wind created hectic conditions for both Browns quarterback Baker Mayfield and Texans quarterback Deshaun Watson to deal with throughout the afternoon.

With Houston running back David Johnson missing the game due to a concussion, the Texans largely relied on former Cleveland running back Duke Johnson as their primary ball-carrier. The Browns, meanwhile, were able to feed the ball to arguably the best running back duo in the NFL in Chubb and Kareem Hunt, who rushed for a combined 134 yards through the first four minutes of the fourth quarter.

Entering Sunday laying claim to a 5-3 record, a win would improve the Browns' standing in the AFC Playoff race.