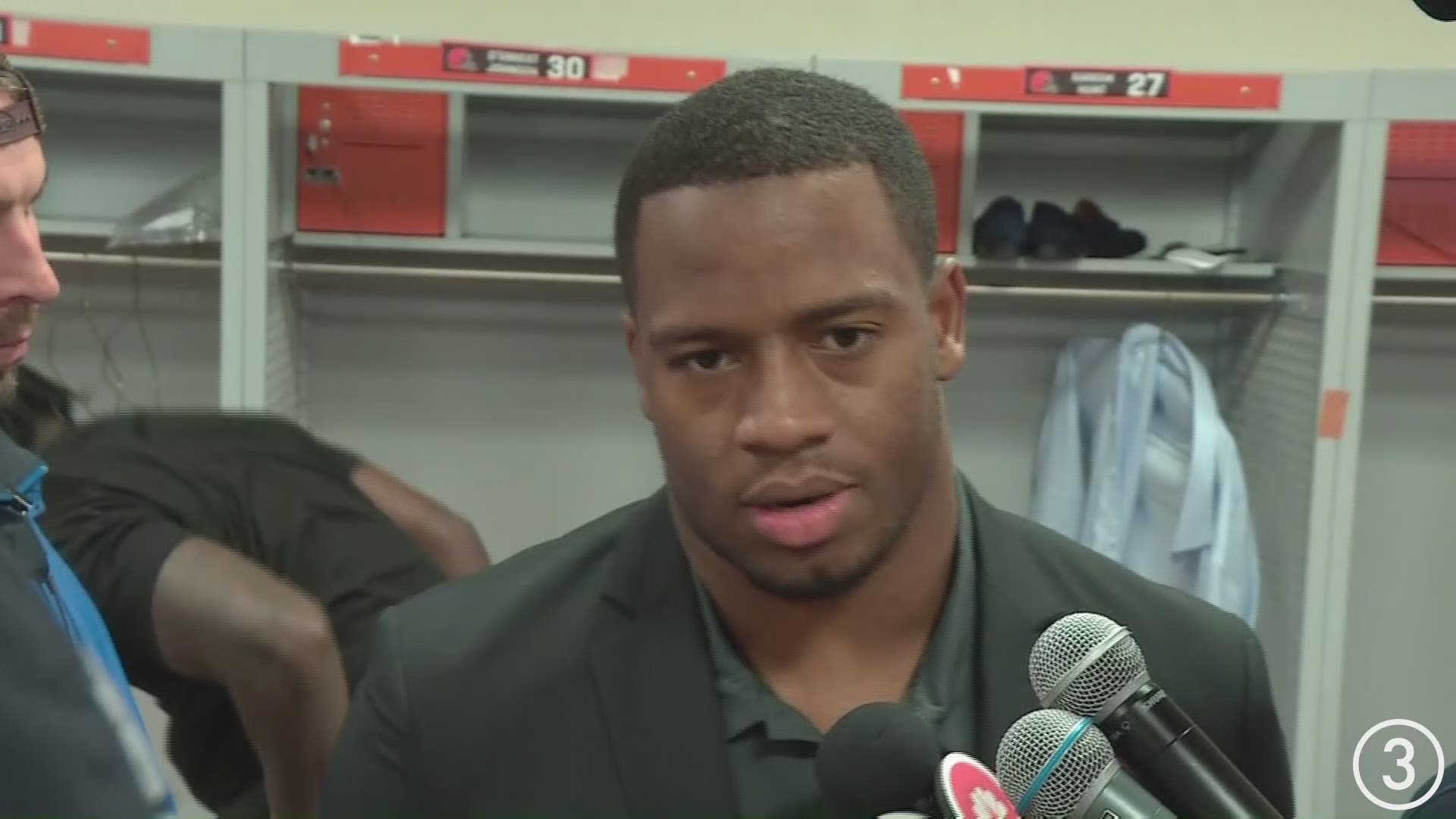 Finishing second in rushing last season, Nick Chubb established himself as one of the best running backs in football.

And the ratings for Madden 21 prove as much.

On Tuesday, the popular NFL video game released the ratings of the top 10 running backs in its latest installment, which will release on August 25. And it doesn't take long to find Chubb, with the Cleveland Browns star tied alongside Ezekiel Elliott of the Dallas Cowboys as the third-best running back in the game with a 92 (out of 99) overall, trailing the Carolina Panthers' Christian McCaffery (99 overall) and Derrick Henry (93 overall) of the Tennessee Titans.

For comparison, Chubb ranked as the No. 16 overall running back in last year's Madden 20, with an 85 overall rating.

Chubb's big jump, however, hardly comes as a surprise after the Georgia product emerged as one of the best offensive weapons in football in 2019. Playing in 16 games, Chubb rushed for 1,494 yards and 8 touchdowns and appeared primed to capture the NFL's rushing title before being surpassed by Henry in Week 17.

After earning his first career Pro Bowl selection, Chubb is expected to thrive under new Cleveland head coach Kevin Stefanski, whose offensive system with the Minnesota Vikings prominently featured star running back Dalvin Cook. With a 91 overall rating, Cook ranks as the No. 5 running back in Madden 21, with the entire top 10 as follows: