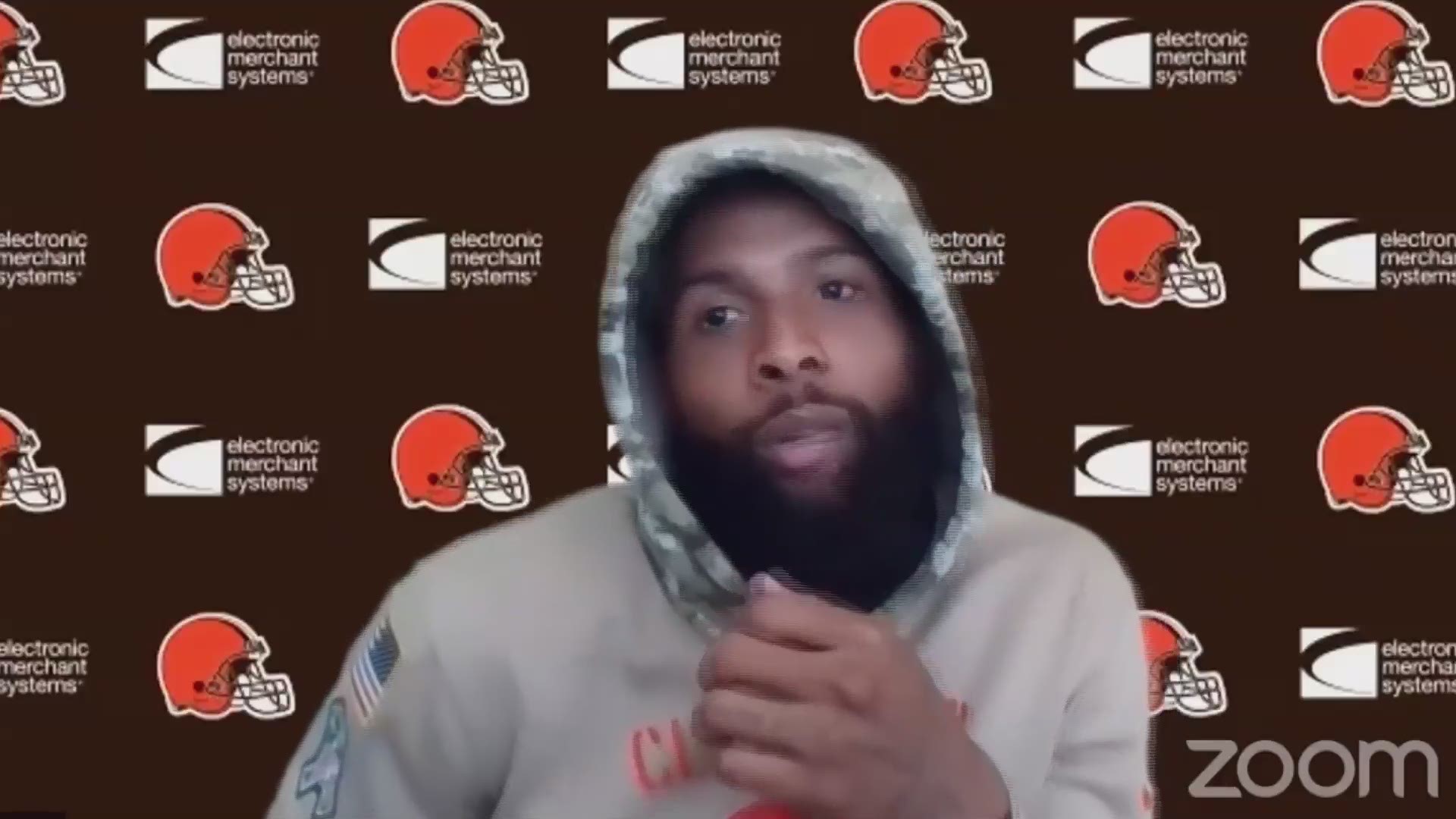 CLEVELAND — When it comes to matters of racial injustice, Cleveland Browns wide receiver Odell Beckham Jr. has never been one to bite his tongue.

So perhaps it shouldn't come as a surprise that Beckham took to Twitter on Thursday morning to address the Jefferson County grand jury's announcement that police officers in Louisville, Kentucky would not be charged in Breonna Taylor’s death. Rather, the grand jury recommended three counts of first-degree wanton endangerment for former Louisville police officer Brett Hankison.

"Disgusted. Heartbroken," Beckham wrote. "But the worst part about it all is I’m not shocked."

Disgusted. Heartbroken. But the worst part about it all is.. I’m not shocked.

Witnesses have disputed whether or not the officers, who were serving a no-knock warrant, announced themselves as police. No drugs or cash were found at the apartment and last week, the city of Louisville announced a $12 million settlement with Taylor's family.

Hankison has since been fired as the result of his actions on the night of Taylor's death, while the two other officers remain on administrative reassignment.

The lack of charges relating directly to Taylor's death reignited protests across the country -- including one in Cleveland -- which have become commonplace following George Floyd's death while in police custody in May. In the months since, several athletes have used their platforms to call attention to Taylor's death, including LeBron James, who also took to social media to address the matter on Wednesday night.

"I’ve been lost for words today! I’m devastated, hurt, sad, mad! We want Justice for Breonna yet justice was met for her neighbors apartment walls and not her beautiful life," James tweeted, Wednesday night. " Was I surprised at the verdict. Absolutely not but damnit I was & still am hurt and heavy hearted! I send my love to Breonna mother, family and friends! I’m sorry! I’m sorry! I’m sorry!!" his tweet continued.