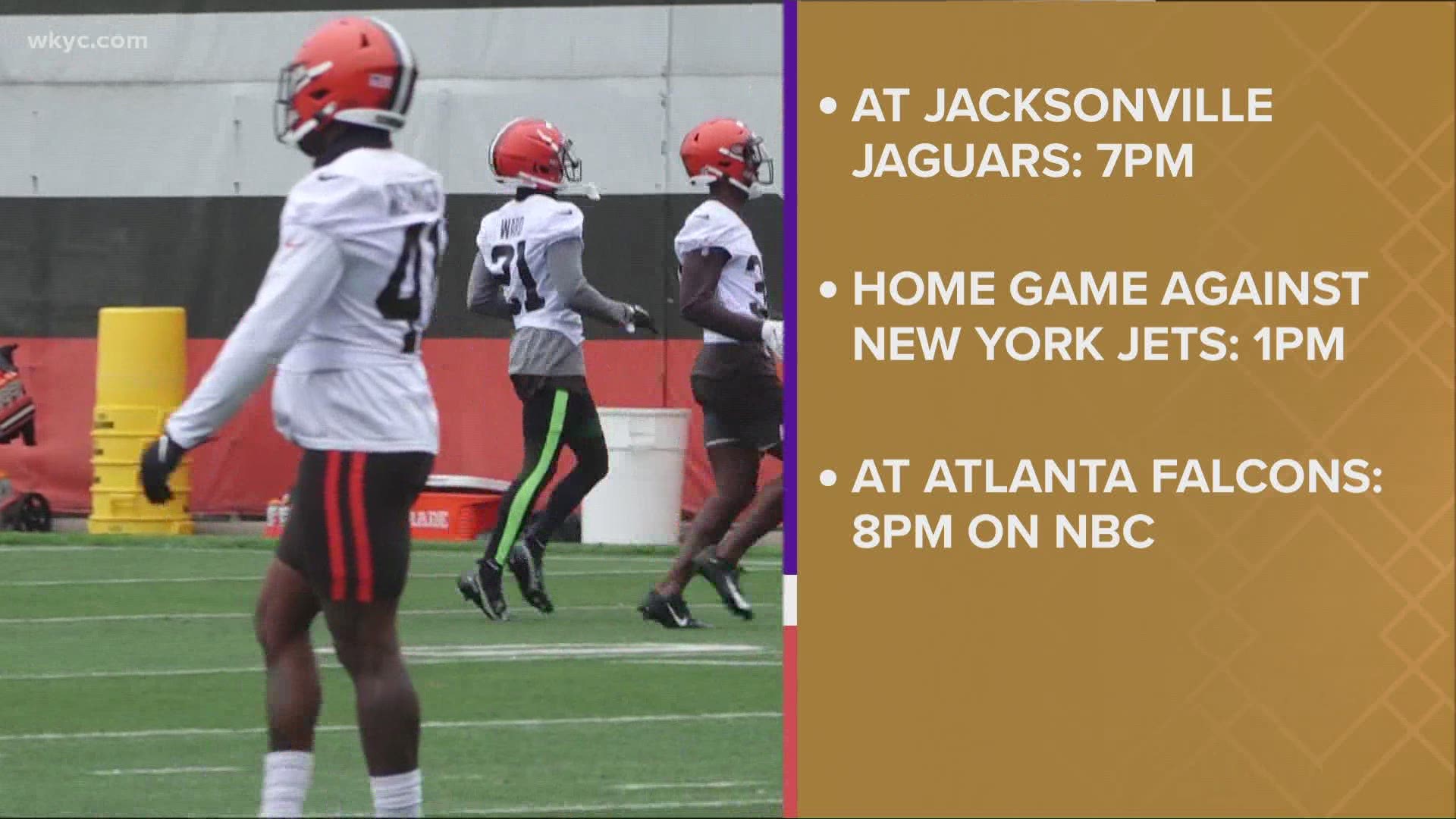 The Cleveland Browns held Day 10 of their voluntary organized team activities (OTAs) program at their team facility on Wednesday.

What follows are some observations from Berea ahead of next week's three-day mandatory minicamp:

As has been the case since the Browns' OTAs began last month, attendance of Wednesday's voluntary practice was one of the primary focuses of those in attendance.

As was expected, the bulk of Cleveland's starting offense remained absent from the practice with quarterback Baker Mayfield holding workouts with some of the team's skill players in his hometown of Austin, Texas. KhaDarel Hodge was the top Browns pass-catcher at Wednesday's practice, with D'Ernest Johnson being the only running back who received meaningful reps last season in attendance.

While they may not be the biggest names on the Browns' defense, two of the most notable players on the practice field in Berea on Wednesday were cornerback Greedy Williams and safety Grant Delpit. Williams missed the entirety of the 2020 campaign with a shoulder injury, while Delpit missed all of his rookie year with a torn Achilles injury.

According to Cleveland head coach Kevin Stefanski, both players remain on track to be ready to suit up for the Browns in 2021.

While Demetric Felton is officially listed as a running back on the Browns' roster, that didn't appear to be the case on Wednesday. Rather, the sixth-round pick from UCLA was working out with Cleveland's receivers throughout practice -- including during 11-on-11 scrimmage sessions -- which is indicative of his versatile skill set.

”I think he starts in the running back room, but part of the appeal to Demetric was his ability to line up all over, speaking of versatility," Stefanski said after the Browns drafted Felton last month. "We list him as a running back, but we need to get him on campus and see what he can handle and see what he can do. You have plenty of reps you can look at down there at the Senior Bowl where he is lining up all over. That is to be determined in role, but you can pencil him as a running back at this moment.”

Whether or not Stefanski has gotten out his eraser for that positional listing remains unclear. What is clear, however, is that Cleveland is continuing to look for multiple ways to get the ball into the hands of the 2020 second-team All-Pac 12 selection.