The Cleveland Browns took to Twitter to share the pregame hype video they shared with their players on Sunday.

The Cleveland Browns' head coach might not be available to give a speech. But that didn't stop the team from receiving some pre-game motivation ahead of its wild card round matchup against the Pittsburgh Steelers on Sunday.

Taking to social media ahead of kickoff on Sunday, the Browns' official Twitter account shared the video that was shown to the team in its pregame preparations. The emotional one-minute and 45-second clip shows highlights from the Browns' season, spliced together with messages of encouragement from former players and fans alike.

This team. This game.

The video we showed our players before tonight's game: pic.twitter.com/AVFKGM9L7U

As the Browns take the field for what will be their first postseason game sice 2003, they'll do so not only shorthanded but without their head coach.

For all the latest from Sunday's wild card round matchup, which will air on WKYC Channel 3, follow our live blog. 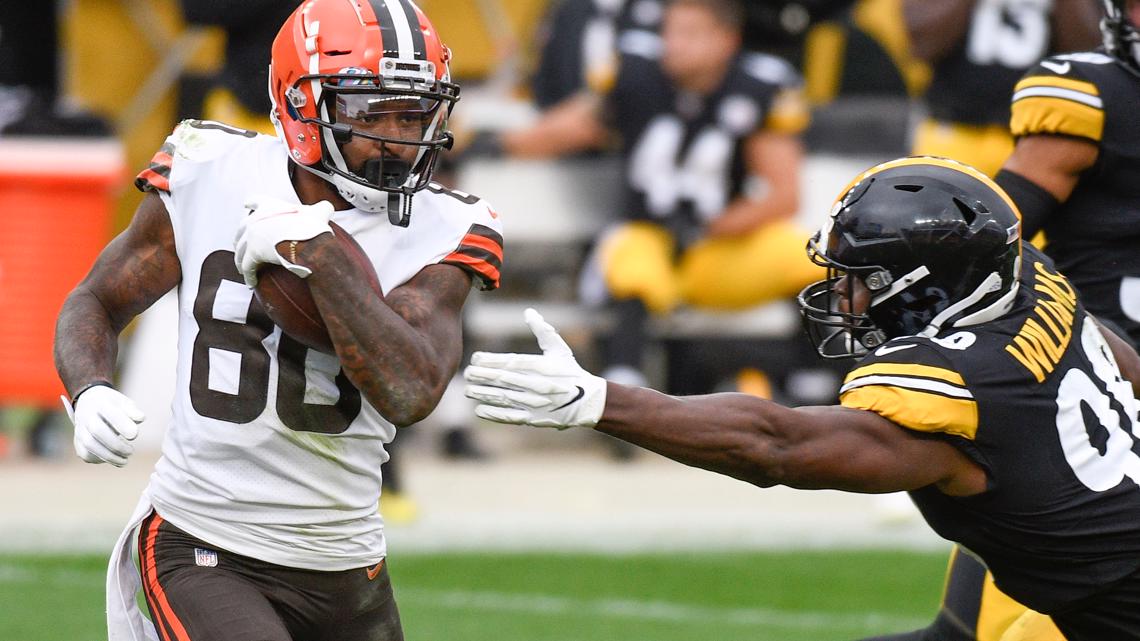 Live blog: Cleveland Browns take on Pittsburgh Steelers in Wild Card playoff game
It's Cleveland's first postseason clash since 2002. PITTSBURGH - The day Browns fans have been waiting for for 18 years has finally arrived. The team is set for its first playoff game since January of 2003 on Sunday night in the NFL Wild Card Round. Their opponent?