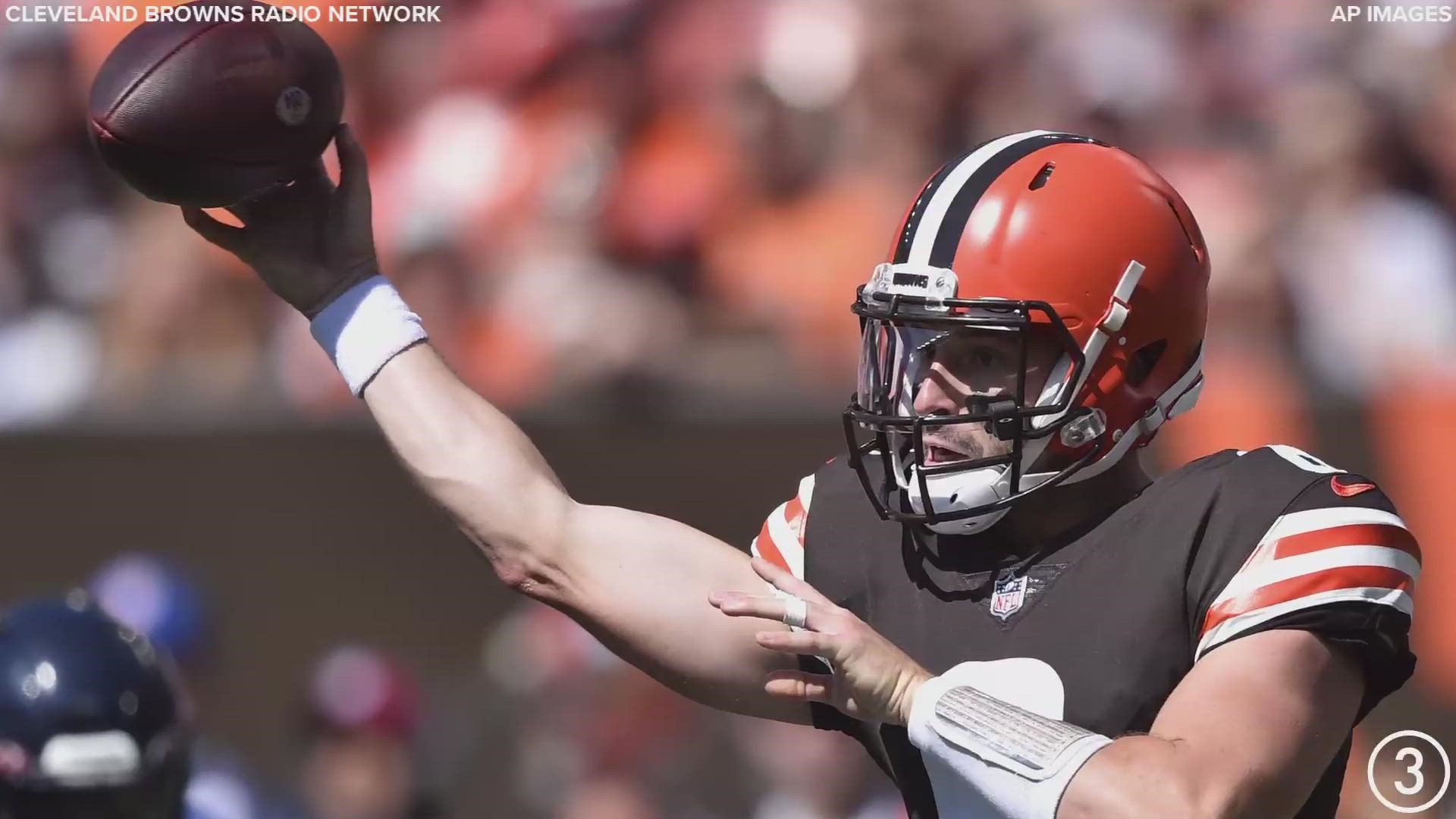 BEREA, Ohio — As the result of attempting to make a tackle in the second quarter of the Cleveland Browns' 31-21 Week 2 victory over the Houston Texans, Baker Mayfield suffered a left shoulder injury that ultimately didn't result in the quarterback missing a single snap.

Fortunately for Browns fans, it doesn't appear that Mayfield's shoulder is suffering any lingering effects -- at least not any that will hinder his availability for Cleveland's upcoming Week 3 matchup with the Chicago Bears.

According to Mayfield, his left shoulder popped "in and out" as he attempted to tackle Texans safety Justin Reid, who intercepted a second-quarter throw that was intended for Browns rookie wide receiver Anthony Schwartz. While Mayfield had previously stated his belief that Reid had intentionally lowered his head in an attempt to target the Cleveland quarterback, he also acknowledged the need to be safer in such situations.

"On the interception, I think it's more just 'be careful,'" said Mayfield, who briefly left the field following the hit but returned before the Browns' offense regained possession of the ball following a Texans touchdown. "There's definitely plays where the defense is going to try to knock you out of the game. That's just the nature of the game. Yeah -- just be careful."

On the latest Locked On Browns podcast, host Jeff Lloyd previews the Browns' upcoming matchup vs. the Chicago Bears.