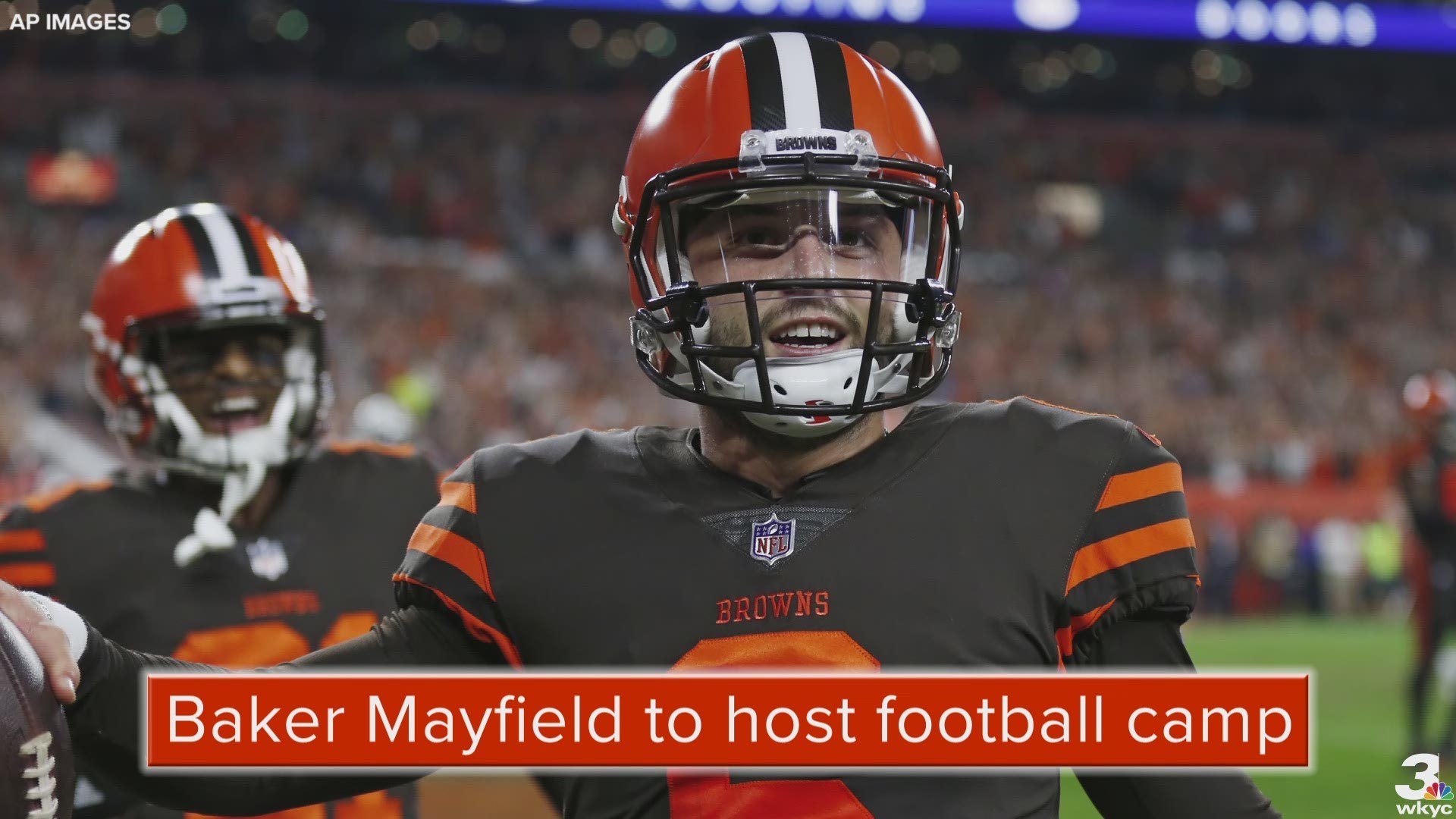 CLEVELAND — Cleveland Browns quarterback Baker Mayfield has committed to helping the next generation of football players better their skills.

It was announced Wednesday that the Browns’ quarterback will host the inaugural Baker Mayfield Youth ProCamp at Mayfield High School on June 1-2 from 9:00 a.m.-12:00 p.m.

The Baker Mayfield Football ProCamp will give boys and girls from first through eighth grades instruction into the fundamentals of football from Mayfield, as well as high school and college coaches from the Northeast Ohio area. Additionally, participants will get to meet and interact with Mayfield, the No. 1 overall pick in the 2018 NFL Draft.

To register and for more information, visit BakerMayfieldCamp.com.

Each camper will receive a “limited-edition” t-shirt, souvenir autograph and team photo with Mayfield.

Currently, Mayfield is preparing for his second professional season during the Browns’ offseason workouts and is looking to build off of a record-setting rookie year.

Credit: AP
FILE - In this Thursday, Sept. 20, 2018 file photo, Cleveland Browns quarterback Baker Mayfield reacts during an NFL football game against the New York Jets in Cleveland. Thursday night football is here to stay, even if it's gone for the rest of 2018. In past years, some make that many would have said "good riddance." That would be misguided this year. First off, Fox's presentation generally was strong and on target.(AP Photo/David Richard, File)

Mayfield averaged 281.75 yards and 2.375 touchdowns per game with Kitchens calling the plays.

Although Mayfield does not get official credit for the victory over the Jets because he came on in relief of an injured Taylor, the first-year quarterback guided the Browns to seven wins and the greatest single-year turnaround in franchise history.

Individually, Mayfield set franchise records for the most passing touchdowns and yards by a rookie, and his 3,725 yards rank as the sixth-best single-season total in team history, regardless of years of service. Additionally, Mayfield had three of the top five passing yards games by a rookie, as well as the fourth-most accurate season of any Browns quarterback ever.