Kevin Stefanski: Browns receivers can rejoin team Thursday if they continue to test negative for COVID-19

According to Kevin Stefanski, four Cleveland Browns receivers will be eligible to rejoin the team on Thursday if they continue to test negative for COVID-19. 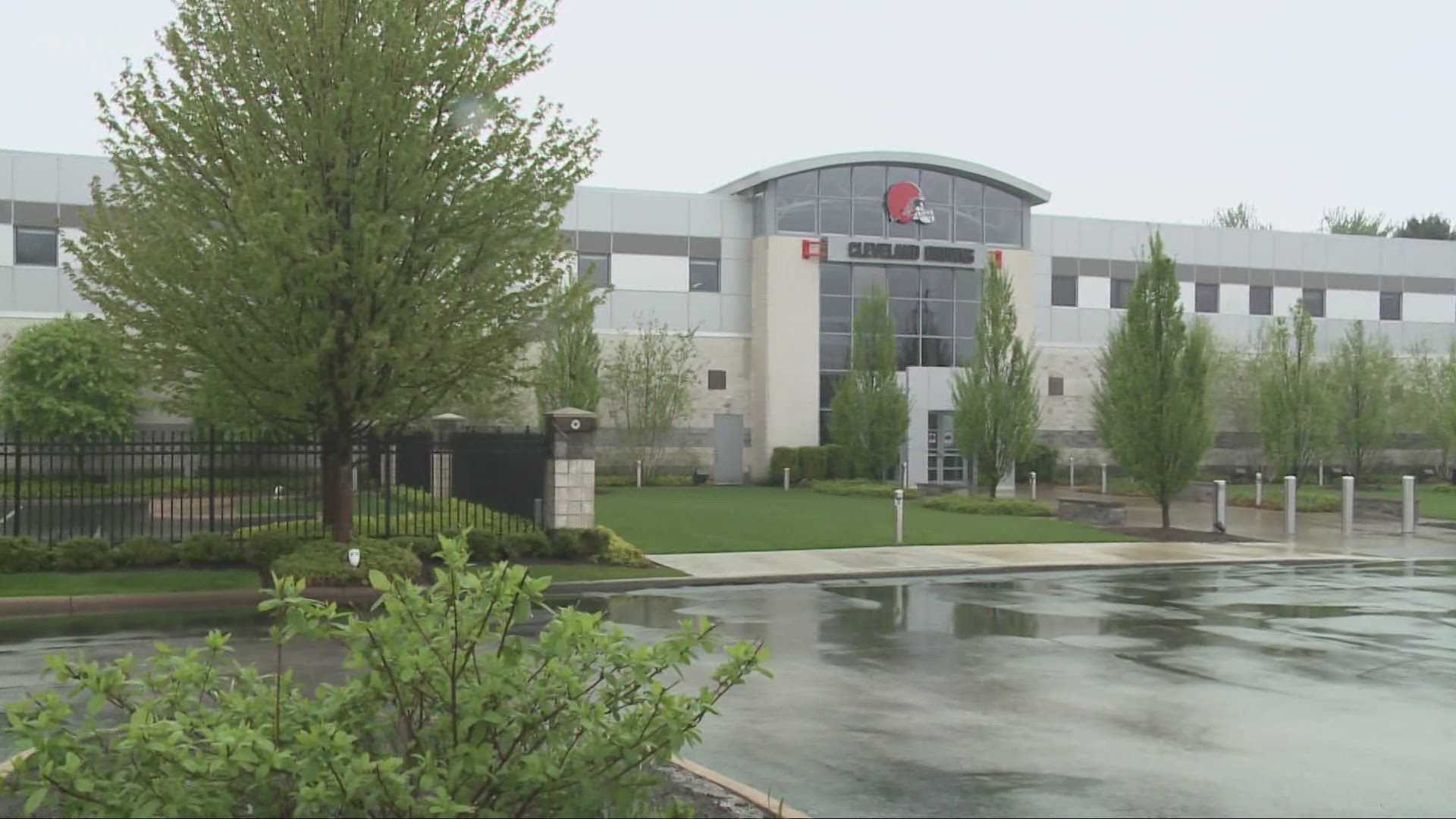 Like many, the Cleveland Browns are looking forward to New Year's Eve -- albeit for different reasons than most.

According to Browns head coach Kevin Stefanski, wide receivers Jarvis Landry, Rashard Higgins, Donovan Peoples-Jones and KhaDarel Hodge, as well as linebacker Jacob Phillips, will be eligible to be activated from the NFL's reserve/COVID-19 list on Thursday, provided they continue to test negative for the coronavirus. Stefanski also confirmed that neither Landry, Higgins, Peoples-Jones, Hodge nor Phillips had tested positive for the coronavirus, but had been placed on the reserve list after being close contacts of another player who did.

The Browns' top four wide receivers and Phillips were placed on the COVID-19 list on Saturday night just ahead of the team's flight to New Jersey for its Week 16 matchup with the New York Jets. In addition to delaying their flight, the Browns shut down their team facility and conducted contact tracing after placing linebacker B.J. Goodson on the COVID-19 list.

With its top four receivers sidelined, Cleveland relied on a wide receiving corps that consisted of Marvin Hall, Ja'Marcus Bradley and Derrick Willies -- none of whom had played a snap for the Browns this season before Sunday -- against the Jets. Cleveland ultimately lost the game 23-16, with just six of quarterback Baker Mayfield's 28 completions going to a wide receiver.

Having missed out on an opportunity to end the NFL's longest active playoff drought (17 years), the Browns enter Sunday's regular-season finale against the Pittsburgh Steelers with a spot in the postseason on the line. Win and the Browns are in.

Come Thursday, they will know if they will have its top four wide receivers available to help them accomplish just that.