Sione Takitaki's pick-6 interception gave the Cleveland Browns a 7-0 lead over the Philadelphia Eagles on Sunday. 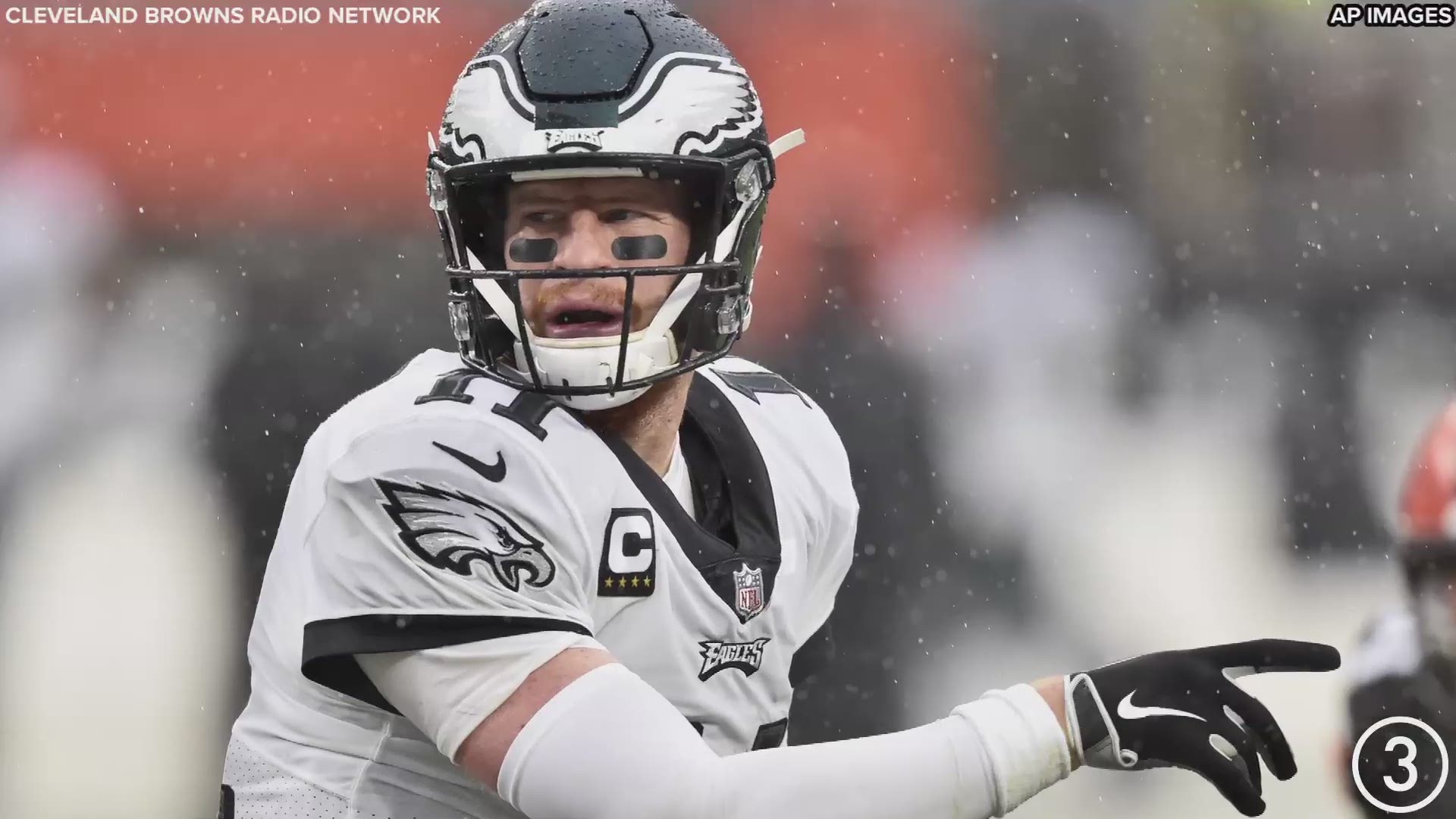 CLEVELAND — With rain pouring inside of FirstEnergy Stadium, it appeared that both the Cleveland Browns and Philadelphia Eagles' offenses would struggle on Sunday.

Fortunately for the Browns, their defense was able to make a play.

Facing a 2nd and 7 at Cleveland's 46-yard line in the second quarter, Eagles quarterback Carson Wentz dropped back and looked to make a play downfield. Wentz, however, was soon met by a blitzing Denzel Ward, who forced the Philadelphia quarterback into an errant throw that was intercepted by linebacker Sione Takitaki and returned 50 yards for a touchdown to give the Browns a 7-0 lead.

Takitaki's touchdown marked the first score in what had been a sloppy game through the first quarter of play. On their first offensive drive of the game, the Eagles drove 71 yards to the Browns' 5-yard line, but turned the ball over when a fumble by running back Miles Sanders was recovered by Cleveland.

The Browns responded with a 13-play, 95-yard drive of their own, but were unable to get in the end zone with quarterback Baker Mayfield missing a wide-open Austin Hooper and what was initially called a Kareem Hunt touchdown overturned after it was deemed he was down short of the goal line.

Laying claim to a 6-3 record, the Browns are looking to improve their standing in a crowded AFC Wild Card race. For all the latest from the Browns' Week 11 matchup at FirstEnergy Stadium on Sunday, follow our live blog.