Check out the news and notes from Thursday's practice in Berea. 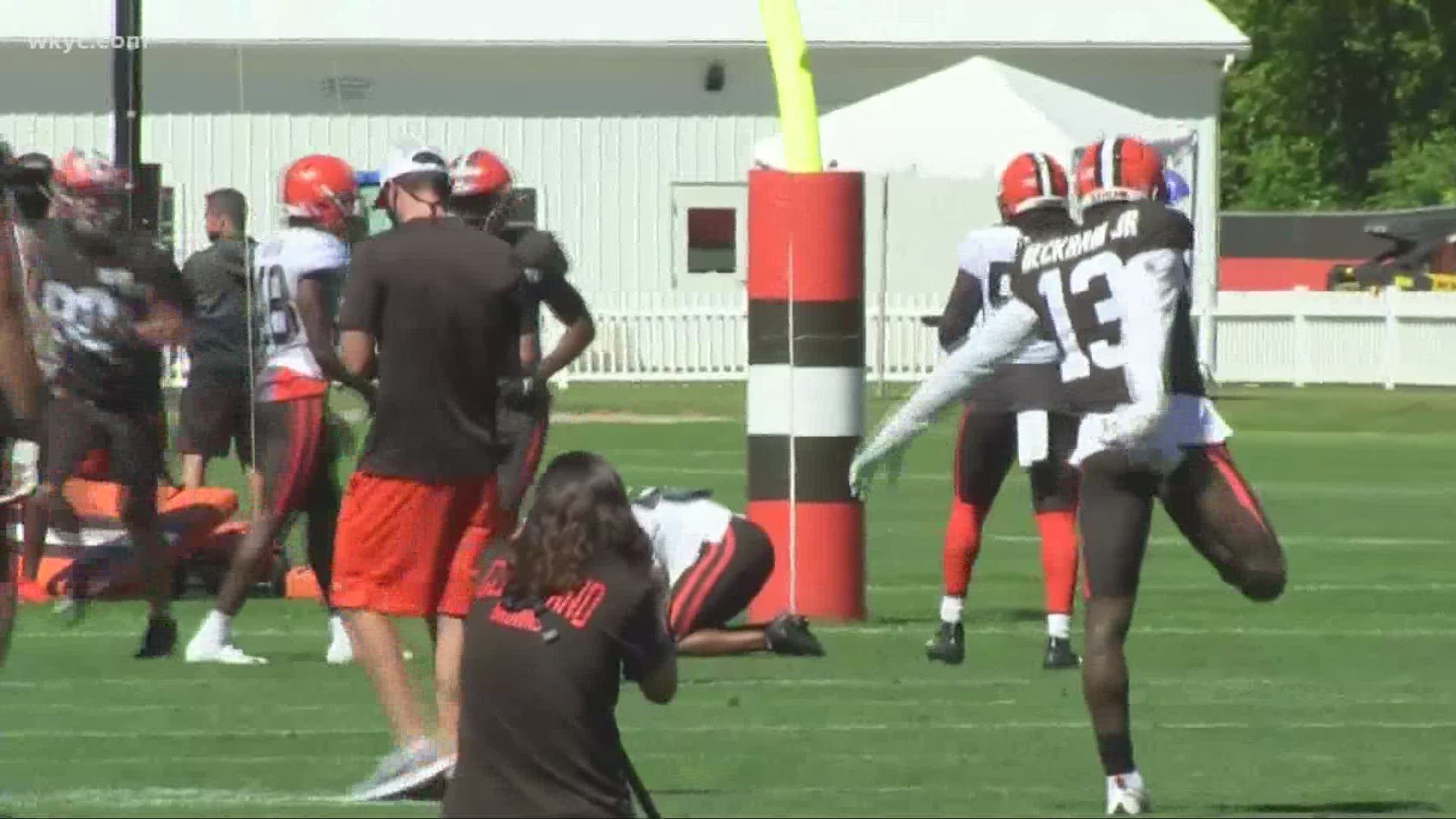 BEREA, Ohio — Training camp rolled on for the Cleveland Browns on Thursday as Kevin Stefanski's team was back out on the practice field. After three straight days in pads, the Browns went back to helmets and shorts in Berea.

The team will be off Friday. And judging by the amount of injuries they've head to deal with, it's a good day for a breather.

Browns cornerback Kevin Johnson had to be taken to the hospital after suffering a lacerated liver during practice Wednesday, the team confirmed.

Club officials say Johnson sustained an abdominal injury when another player landed on him, and tests later revealed the laceration. He is currently "resting comfortably" at University Hospitals Cleveland Medical Center, where he is expected to remain for at least the next 24 hours.

For the first time during training camp, defensive end Myles Garrett was able to get some work in during practice. Garrett was out of action due to a hamstring injury. Stefanski said the team would just have Garrett go through individual drills, but sit out of practice reps.

When asked if how he was adjusting to having to answer questions about injuries every day, Stefanski said simply, "I will do my best to give you guys something.”

With Nick Chubb out of action due to a concussion, Kareem Hunt is getting the bulk of the workload at running back during camp. However, he doesn't like that it's coming at the expense of his backfield mate.

"We just have to learn how to take care of our guys. We do not ever want one of our players getting hurt. I made sure to check on Nick, and I am glad he is doing well. Hopefully, we have him back out there soon. He is a big part of this team," Hunt told reporters during a Zoom conference on Thursday.

Hunt said that he and Chubb spent time working out together during the offseason. “We definitely pushed each other. We ran the hill multiple times, and we ran some conditioning stuff, too. Just running next to him, we try to keep up or one of us tries to lead. Each and every rep, we always compete. We love it, too, because we know it is going to make us better.”

If Chubb and Hunt are healthy behind Stefanski's zone running scheme this fall, look out.

As tough as it is to not be able to be out live in Berea to see practice, I hope fans are taking the opportunity to watch Browns Live: Training Camp each day with Nathan Zegura and Josh Cribbs. The guys are doing a great job covering the action on the field. Check out Thursday's show below.