The Cleveland Browns will face the Washington Football Team at FirstEnergy Stadium on Sunday afternoon. 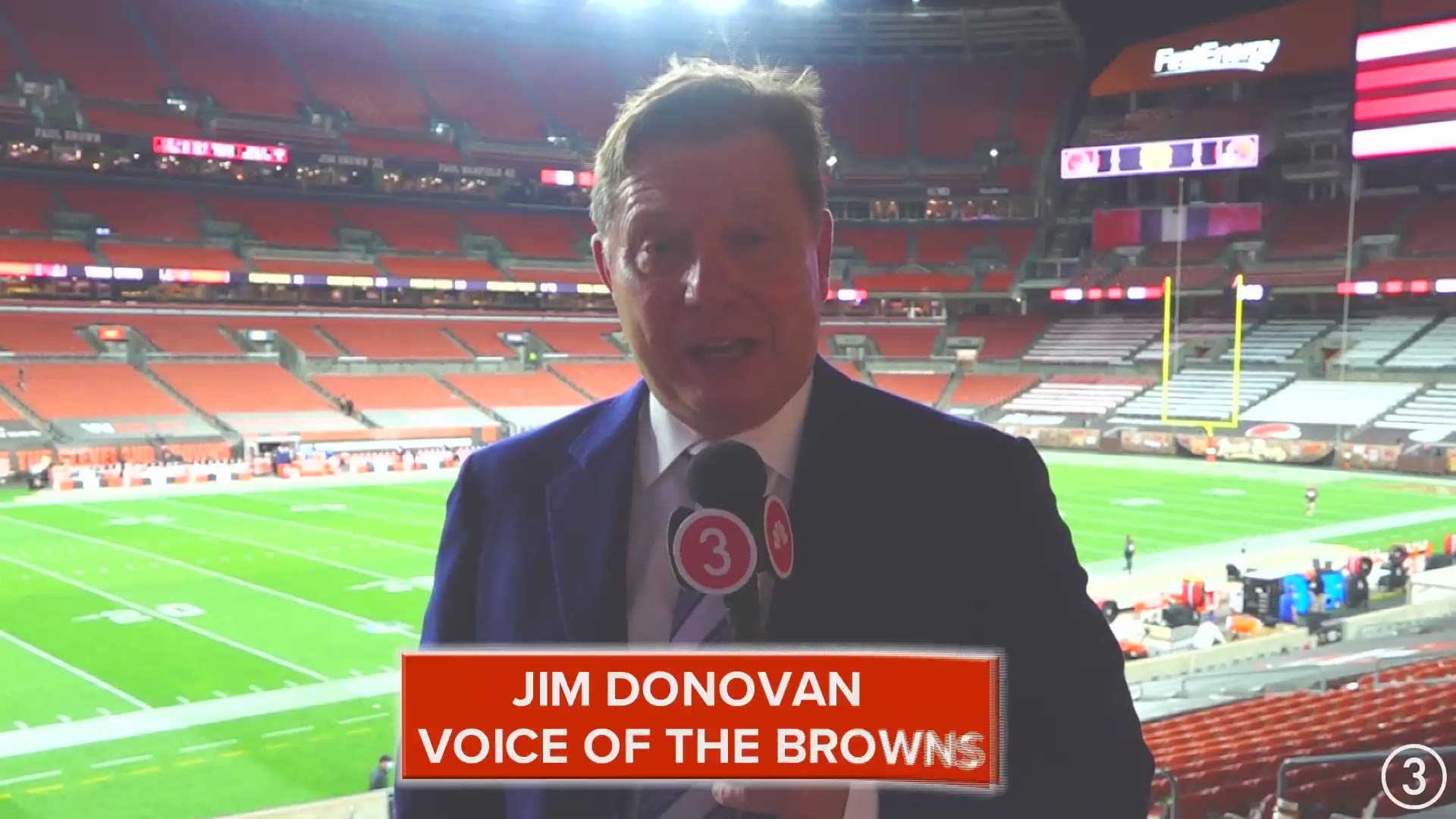 CLEVELAND — Ten days after their Week 2 win over the Cincinnati Bengals (0-2), the Cleveland Browns (1-1) will return to action to face the Washington Football Team (1-1) at FirstEnergy Stadium on Sunday.

What follows is everything you need to know about the Browns' Week 3 matchup:

After an ugly 38-6 loss to the Baltimore Ravens to open the season, the Browns bounced back in a big way with a 35-30 victory over the Bengals that wasn't as close as the final score indicated.

“First, carrying over the mindset of finding completions and establishing that run game," Browns quarterback Baker Mayfield answered when asked what he'd like to see his team carry over vs. Washington. "Like I said after the game, that is the standard that we are trying to set and the expectation for us. Have to come out firing and executing early on. You have those first 15 plays that you want to come out and get going, and we need to do that again."

While the Browns' defense has given up at least 30 points in each of its first two games, the unit has had a relatively valid excuse; as the result of a rash of injuries suffered in the preseason, the unit has hardly been healthy.

And while some key contributors will still be missing vs. Washington, Sunday figures to mark the healthiest that Cleveland's defense has been all year. Barring any unforeseen setbacks, it appears linebacker Mack Wilson and cornerbacks Greedy Williams and Kevin Johnson will each be making their 2020 debuts.

“Good to get some guys back out there on the grass, moving around," Browns head coach Kevin Stefanski said. "We will update you as the week goes on in terms of their availability but good to see some guys in uniform and get some work in and just making sure that we are constantly trying to get a little bit better each day."

Of the success that Cleveland's offense found against Cincinnati last week, one of the most promising developments was the team's two-headed rushing attack.

With Nick Chubb totaling 124 rushing yards and two touchdowns and Kareem Hunt adding 101 yards from scrimmage and two touchdowns of his own, the Browns seemed to get the most out of arguably the best running back tandem in the NFL. Now the Browns will look to continue that success against Washington, which surrendered 160 rushing yards in a loss to the Arizona Cardinals last week.

“They are very aggressive," Chubb said. "Those guys up front play very hard. High motors and they run to the ball well. They are always pursuing the ball carrier. I think it will be a great challenge for us. I look forward to it, and I know they have a great group of guys over there. I look forward to playing against them.”

There was a lot to like about the Browns in their victory over the Bengals, but I think Washington is a slight step up in competition -- especially on defense. It's going to take another strong offensive performance for Cleveland to move to 2-1, but ultimately, I think the Browns outlast a Washington offense that lacks firepower beyond Terry McLaurin.