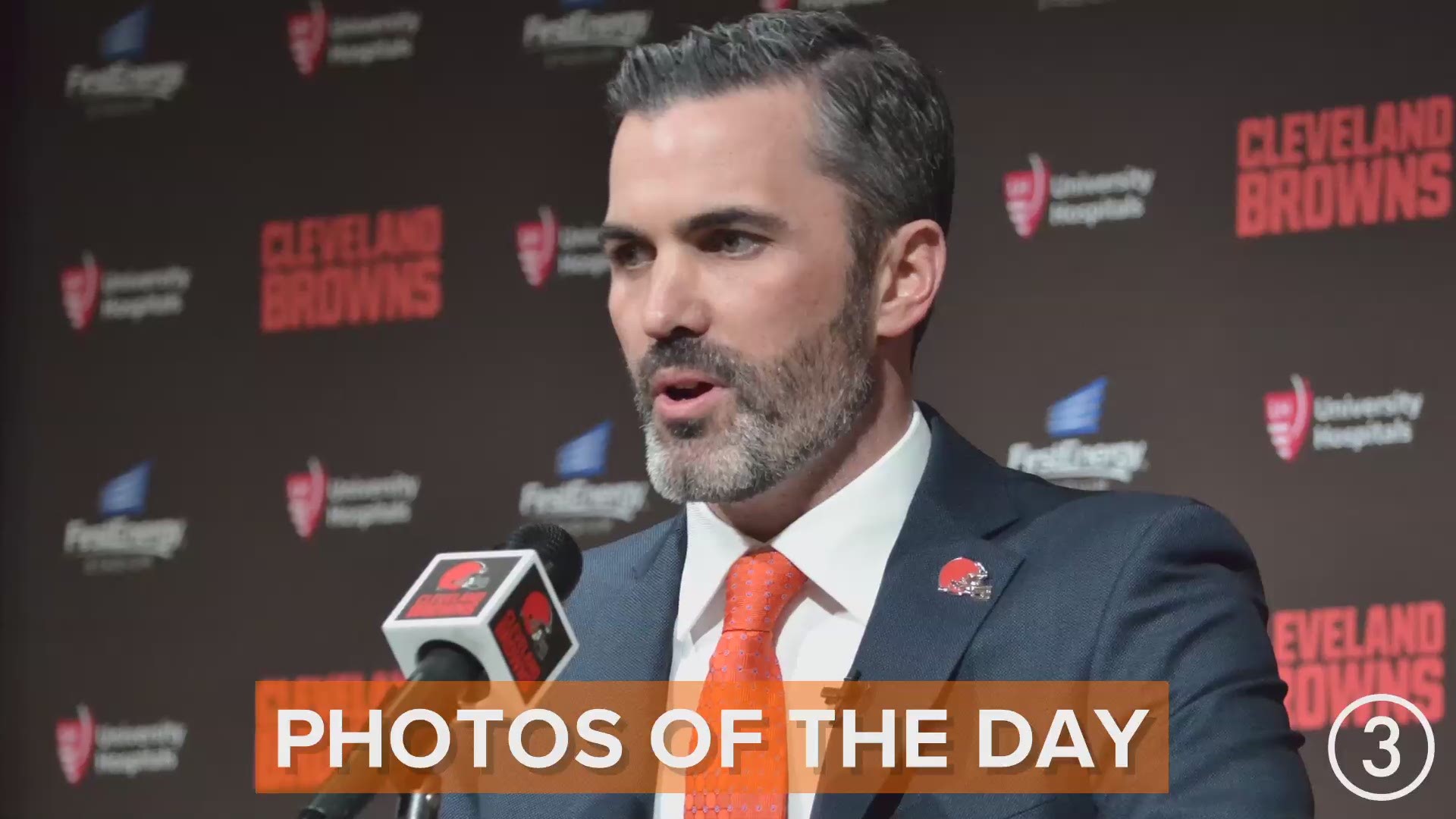 CLEVELAND — During his introductory press conference on January 14, Cleveland Browns coach Kevin Stefanski talked about the importance of building up a diverse coaching staff to lead the team into the 2020 season, and he lived up to that promise with his selection for Chief of Staff.

“I’m excited because Coach Stefanski is one of these up-and-coming coaches who has a lot of great ideas,” Brownson said in a release announcing the hire. “He’s a progressive coach and he loves the game of football. He understands that football is ever-evolving, which is cool to be a part of on a staff like this.

“We talked through it and he had this very specific vision for how he wanted this role to work out and how involved he wanted it to be, and to me, it sounded like a phenomenal opportunity and I was very impressed with him and impressed with everyone in this building and I’m excited to be here.”

After an eight-year playing career as a safety, running back and slot receiver for the D.C. Divas of the Women’s Football  Alliance, as well as a gold medal winner with Team USA at the International Federation of American Football Women’s World Championships in Finland in 2013 and Vancouver in 2017, Brownson landed her first NFL coaching job.

A product of the NFL’s first “Women’s Careers in Football Forum,” Brownson was a college/professional personnel scouting intern for the New York Jets during the 2017 season. In 2018, she was a coaching intern, and later, an offensive quality control coach at Dartmouth College.

During the 2019 season, Brownson was the Bills’ coaching intern.

“It’s very involved in every aspect of a football operation,” Stefanski said. “Callie is uniquely situated where she can go interact with football ops or PR or the locker room or the equipment room. She’s really the liaison to the rest of the building for me. I’m going to lean on her heavily and already have.

“I think she’s a go-getter. She’s self-motivated. She’s going to put all of her energy into this gig. What’s exciting for me is ultimately, I want to develop young coaches. She’s someone that has worked on the offensive side of the ball, worked on special teams, has a great knowledge of the game, and I want to let her expand that knowledge and develop her as a head coach.”

RELATED | Are the Browns out of control, or just finally out of excuses?: Bud Shaw’s Sports Spin

According to Stefanski, the Chief of Staff position is similar to the one he held with the Minnesota Vikings in 2006. Stefanski was the assistant to Vikings head coach Brad Childress, where he gained the experience that got his NFL journey started.

“The education you gain in a position like this, you’re not privy to some other position on the coaching staff. You’re right outside. You’re involved in every little operational aspect that has to do with his schedule and his decisions that he’s making,” Brownson said.

“It’s the bare bones stuff, and that is something that I’m going to be actively involved in creating with him. Everything from the creative content around the building, the sayings that the players see on the wall and murals, the design is going to be all based off of his vision and being able to be a part of that is an education and experience you don’t get in these other positions.”

RELATED | ‘That’s what got ‘em 1-31.’ Ron Wolf rips Cleveland Browns’ use of analytics, says team is ‘out of control’