Cleveland Browns Chief of Staff Callie Brownson will fill in for Chad O'Shea as the team's wide receivers coach on Sunday. 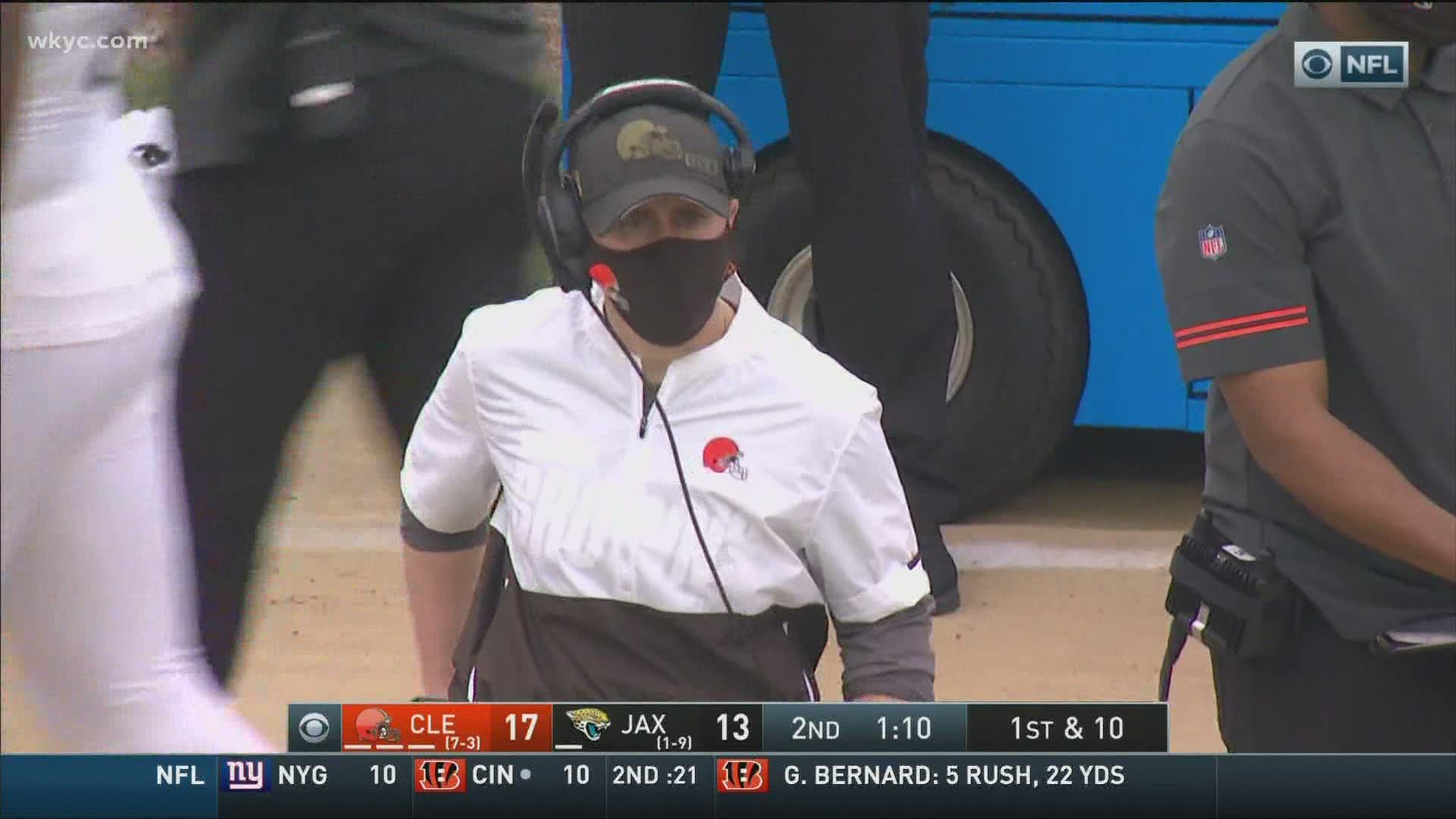 CLEVELAND — With multiple Cleveland Browns coaches having tested positive for the coronavirus (COVID-19) in the last week, Callie Brownson is getting another shot on the sideline.

According to Browns head coach Kevin Stefanski, Brownson will fill in for wide receivers coach Chad O'Shea during the team's regular-season finale vs. the Pittsburgh Steelers on Sunday. With a win, Cleveland would end the NFL's longest postseason drought (17 years) and clinch its first playoff spot since the 2002 season.

"We will not miss a beat there," Stefanski said on Saturday.

In November, Brownson -- who typically serves as Stefanski's Chief of Staff -- became the first female to serve as a position coach on a game day in NFL history when she filled in for tight ends coach Drew Petzing during the Browns' 27-25 victory over the Jacksonville Jaguars.

"Callie is a great utility player for us, and she can fill in anywhere," Stefanski said after the game. "She is involved with the offense, defense and special teams and what she does behind the scenes for us. With what 2020 has brought to us, to me and to this organization, we need people to be team players."