Clay Matthews and Joshua Cribbs were among the Cleveland Browns’ modern-era nominees for enshrinement into the Pro Football Hall of Fame. 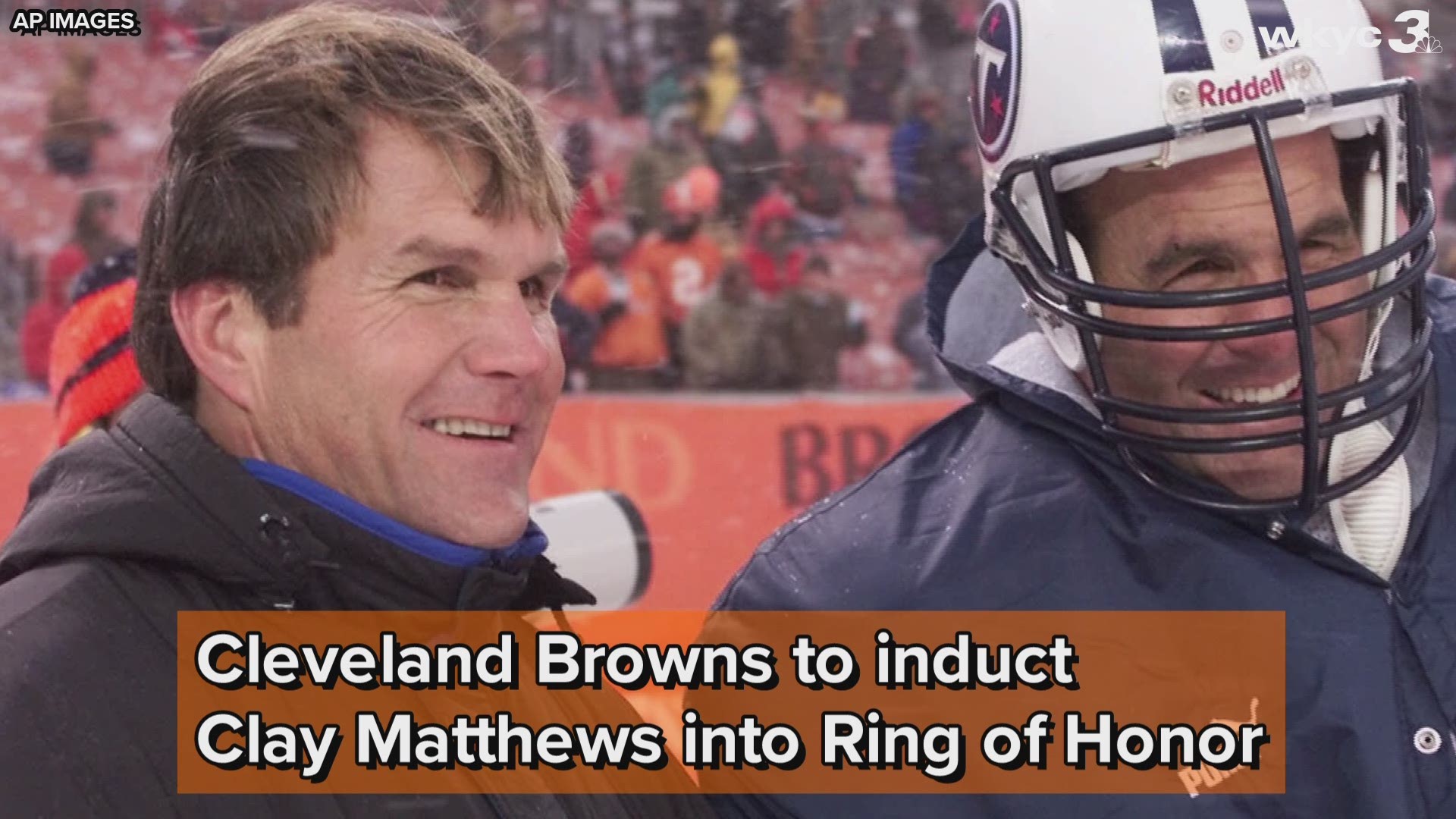 BEREA, Ohio — The Pro Football Hall of Fame announced its list of 122 modern-era nominees for the Class of 2020 Thursday, and several former Cleveland Browns and players with Central and Northeast Ohio ties were included.

In addition to the former Browns among the nominees, former Ohio State University running back Eddie George and John Carroll University alum London Fletcher are eligible for enshrinement into the Pro Football Hall of Fame.

Here is a look at the Browns’ top candidates on the nominees’ list.

A four-time Pro Bowler in Cleveland, Matthews ranks first in Browns history in sacks, games played and most consecutive seasons, as well as second in total years of service to the organization.

Despite playing a physical position where making violent plays was not just a goal, but often, a standard set by Matthews, the veteran defender proved remarkably durable over his 19-year career.

Matthews played in 278 games, making the start in 248 contests, and was on the field for 12 or more games in all but one of his 19 seasons in the NFL.

Metcalf played in 88 games with the Browns over six seasons, where he was a Jack-of-All-Trades athlete, helping in the running, passing and return games.

In 99 regular-season games, including 54 starts, over seven years with the Browns, Byner rushed for 3,364 yards and 27 touchdowns. Additionally, Byner caught 276 passes, which he turned into 2,630 yards and 10 touchdowns.

Following his time with the Browns, Byner was a two-time Pro Bowl rusher with Washington.

George started his professional career with the Houston Oilers and remained with the franchise for the next seven years, when they relocated to Nashville, Tennessee, and later, became the Titans before ending his nine-year NFL tenure with the Dallas Cowboys.

Undersized and overlooked out of Villa Angela-St. Joseph High School in Cleveland, Fletcher played college ball at John Carroll and did enough to attract attention from professional scouts.

Fletcher took tremendous care of his body and used a tenacious motor to become one of the league’s most consistent and productive linebackers during his 16 NFL seasons with the St. Louis Rams, Bills and Washington football team.

Signed as an undrafted free agent out of nearby Kent State University, Cribbs returned 195 punts for the Browns from 2005-2012 and turned those into a franchise record 2,154 yards and three touchdowns. His 11.00 yards-per-return average is the third-highest in franchise history.

Additionally, Cribbs accounted for 10,015 yards and eight touchdowns on 387 kickoff returns. He had 269 returns of at least 20 yards and another 34 that went for 40 or more yards. Over his first six years in the NFL, Cribbs had at least one return that went for a 90-yard touchdown, including a career-best 103-yard scamper during the 2009 season.

The list of nominees will be trimmed down to 25 semifinalists in November with the 15 finalists being chosen in early January.

From there, the Pro Football Hall of Fame Selection Committee will meet in Miami, Florida, the day before Super Bowl LIV at Hard Rock Stadium to choose the players, coaches and/or contributors that will make up the Class of 2020.

Although the Class of 2020 will feature 20 members in recognition of the NFL’s 100th anniversary, only five modern-era finalists will be selected for enshrinement.