Joel Bitonio and Kevin Zeitler were voted the starting tight end for 3News' Cleveland Browns' All-Decade Team for the 2010s. 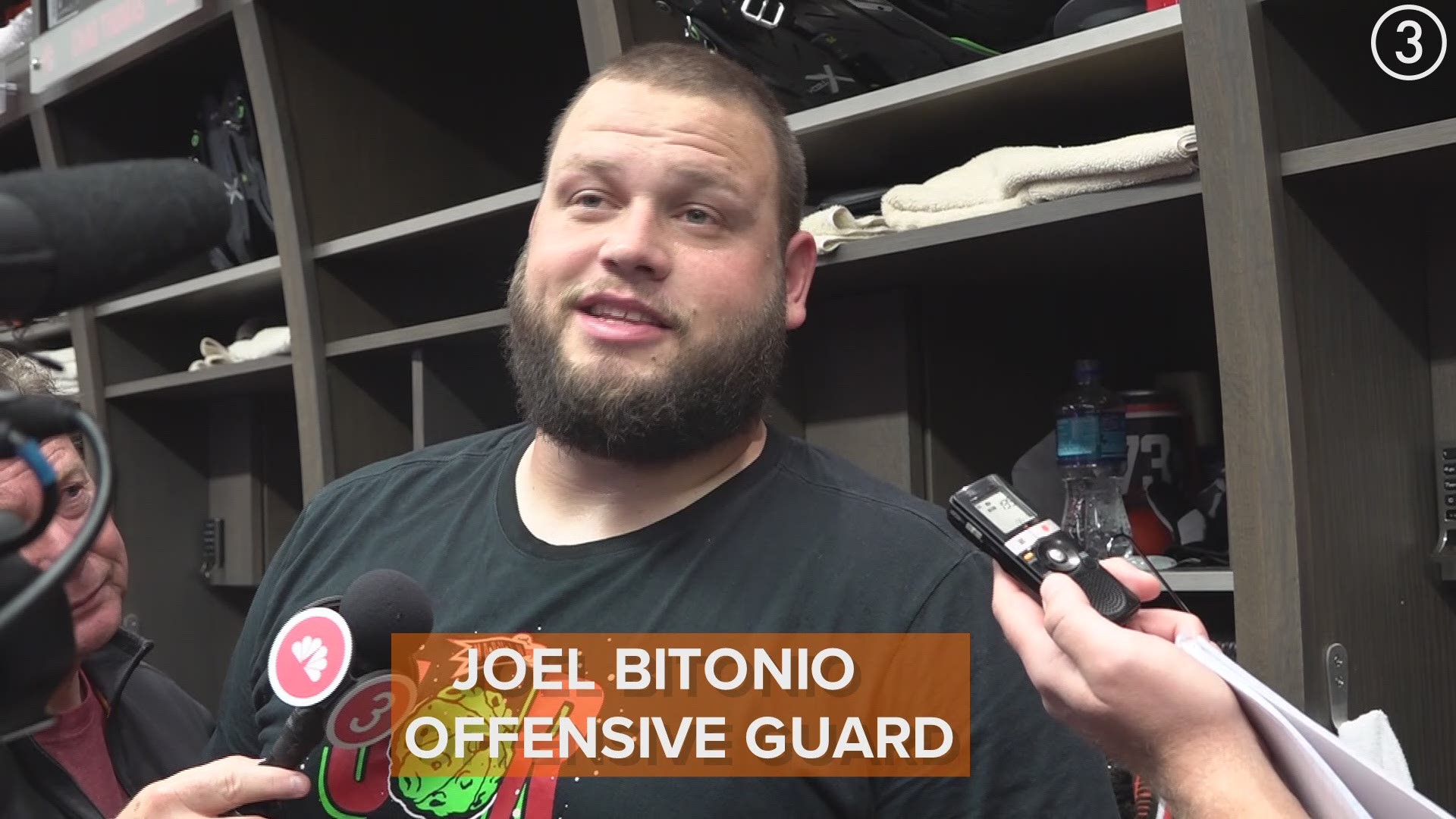 With December having arrived, it's not just the end of the year that is near, but also, the end of the decade. And what a decade it's been for the Cleveland Browns.

On Saturday, you voted Joel Bitonio and Kevin Zeitler the starting offensive guards of the Browns' All-Decade Team for the 2010s. Below, you can vote for the team's center.

But they did lay claim to one of the best interior offensive lines in all of football.

While Justin Gilbert and Johnny Manziel garnered the headlines for Cleveland coming out of the 2014 NFL Draft, it was the team's second-round pick that wound up becoming a cornerstone for the franchise. Selected out of Nevada with the No. 35 overall pick, Joel Bitonio started all 16 games for the Browns at left guard in 2014 en route to being selected to the PFWAA's All-Rookie Team.

Zeitler's arrival in 2017, meanwhile, was more highly touted as the Browns signed him to a five-year, $60 million contract -- the highest deal at the time for an offensive guard. Over the course of his two seasons in Cleveland, the former Cincinnati Bengal didn't disappoint, as he earned high marks while starting in all 32 of the Browns games from 2017-2018 before being traded to the New York Giants prior to the 2019 campaign.

Next up, the candidates for the Cleveland Browns' All-Decade Center:

Signed as a free agent after four seasons with the Green Bay Packers prior to the 2017 season. Has started all of his first 44 games with the Browns. Signed a 3-year, $32.5 million extension in November 2019, which will keep him under contract with the team through 2022.