Cleveland Browns will be allowed to host up to 6,000 fans at first 2 home games this season

Gov. DeWine has granted a special variance to both the Browns & the Cincinnati Bengals, & it could be expanded. 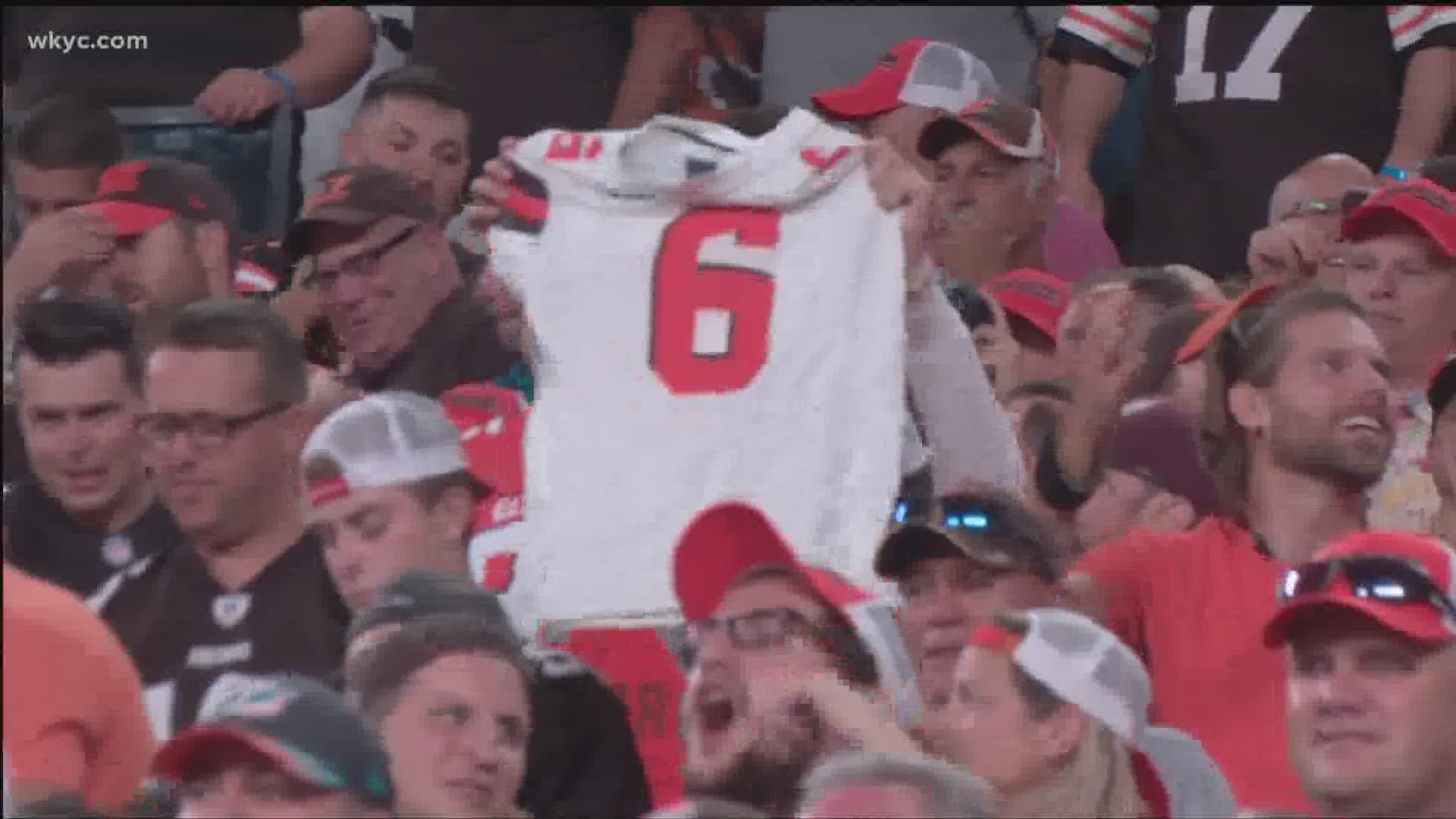 CLEVELAND — Fans will be able to attend Browns games this month, although it will be a much smaller number than we're used to.

Gov Mike DeWine on Saturday announced his administration has granted a special variance allowing the Browns to let 6,000 fans into their first two home games of the season, starting with the home opener on Sept. 17. Under the guidelines of the variance, no more than 1,500 fans will be allowed on each of the four quarters of FirstEnergy Stadium, and spectators must use their designated entrance while also practicing social distancing and wearing face masks at all times.

This will mark the first time fans will be allowed into a Northeast Ohio pro sporting event since March, when the coronavirus pandemic shut down most of the state. The home opener will be on "Thursday Night Football" against the Cincinnati Bengals, while the second game affected by the variance will be Sept. 27 against the Washington Football Team.

The Bengals will also be able to let fans into a pair of contests, although their home opener on Sept. 13. will still be played in front of an empty Paul Brown Stadium. Their first game with will not take place until Oct. 4 against the Jacksonville Jaguars followed by Oct. 25 when they welcome the Browns to Cincinnati in the season's second "Battle of Ohio."

DeWine released the following statement, leaving the door open for the possibility of expanding the variance to additional games:

"This year will certainly be different, but both the Browns and the Bengals have worked exceedingly hard and have made extensive preparations to welcome a limited number of fans to their stadiums safely. These very thorough plans and safety precautions warrant a two-game trial to try and accommodate fans, at reduced capacities with social distancing and masks."

Both of Ohio's NFL stadiums can seat more than 65,000 fans, but the possibility of games at full-capacity seems to be a no-go until a COVID-19 vaccine is approved. So far, the Indians and Reds in Major League Baseball have been prohibited from letting fans into their ballparks, while high school events have been allowed to proceed with only close family members in attendance.

The Browns released the following statement:

"We greatly appreciate Governor DeWine and Mayor Jackson, along with the state and city health departments, for their support of our FirstEnergy Stadium Responsible Restart Plan. We are grateful for their collaboration and contributions throughout our process, as well as those of medical experts from the CDC, University Hospitals and Duke University, industry-leading venue consultants and the NFL, to craft a plan that will help create as safe as an environment as possible at the stadium for our players, coaches, gameday staff and fans.

"We are thrilled, particularly on behalf of our fans, that we received approval to welcome back a limited capacity of approximately 10 percent at FirstEnergy Stadium for our first two home games in September. We will continue to closely monitor the ever-evolving circumstances related to COVID-19 and remain in frequent dialogue with each of these groups so we can properly adapt as needed with the hopes of potentially allowing more fans to attend games at a later date, if circumstances allow.

"For the past four months, our organization has done extensive work in consultation with all of the stakeholders listed above to incorporate best practices and robust protocols that prioritize health and safety and allow for a reduced number of fans in the stadium for Browns games this fall. We are confident in our plan and our ability to execute it. We also fully recognize that education, collective buy-in and a commitment to shared responsibility are extremely important to the plan’s success, along with diligent cooperation and compliance from our fans."